LINCOLN, Neb. (DTN) -- Alleging California's Proposition 12 would "transform the pork industry nationwide" in violation of the Commerce Clause, two agriculture groups asked the Supreme Court to declare the law unconstitutional in an opening brief filed in a case on Friday.

The Supreme Court accepted a petition filed by the National Pork Producers Council and the American Farm Bureau Federation, challenging the law that took effect in January.

Proposition 12 prohibits the sale of pork not produced according to California's production standards. Proposition 12 applies to any uncooked pork sold in the state, regardless of whether it was raised in California.

Smithfield Foods announced last week that it was closing its only hog-processing plant in California because of the rising costs of doing business in the state.

Proposition 12 would make it a criminal offense and civil violation to sell whole pork meat in California unless the pig it comes from is born to a sow that was housed with 24 square feet of space and in conditions that allow a sow to turn around without touching an enclosure.

Voters in the state passed Proposition 12 in 2018 with nearly 63% of votes supporting it.

In their opening brief to the court, the ag groups said few if any sows are housed in such a manner anywhere in the country.

"Farmers almost universally keep sows in individual pens that do not comply with Proposition 12 during the vulnerable period between a sow's weaning a litter of piglets and confirmation of her next pregnancy," the ag groups said in the brief.

"There are very few sow farms in California. The state imports 99.87% of the pork it consumes. Proposition 12 therefore governs the housing conditions of sows located almost exclusively outside of California."

The groups said Proposition 12's reach is not limited to the 13% of all U.S. pork imported into California.

"A market pig progresses through multiple farms outside of California as it is raised, and then is processed into many different cuts of meat that are sold across the country," the brief said.

"If any part of a pig is sold in California, the sow it came from must be Proposition 12-compliant. And sow farmers cannot say with certainty that no meat from any of their pigs will be sold in California, after those pigs pass through nursery and finishing farms, a packer-slaughter plant, then distributors, before their meat reaches consumers."

WOULD HAVE IMPACT ON US INDUSTRY

The groups said the U.S. industry as a whole would be forced to reduce herd sizes or build "costly new facilities, and they will require changes in every aspect of caring for sows, including feeding, breeding, medical care, and farm labor."

NPPC President Terry Wolters, owner of Stoney Creek Farms in Pipestone, Minnesota, said in a statement that farmers already place "top priority" on the health and welfare of their animals.

"California's Proposition 12 illegally regulates farms across the country and international borders," he said.

"It will have ripple effects of jeopardizing the health and safety of the entire U.S. herd, driving many smaller farmers out of business, dramatically increasing costs, and limiting consumer choice of affordable and nutritious pork products."

AFBF President Zippy Duvall said in a statement the law has the "potential to devastate small family farms across the nation through unnecessary and expensive renovations, and every family will ultimately pay for the law through higher food prices."

In July 2021, the Ninth Circuit said in its ruling that although Proposition 12 would have "dramatic upstream effects and require pervasive changes to the pork industry nationwide," the court ruled its own precedent wouldn't allow the ag groups' case to continue. 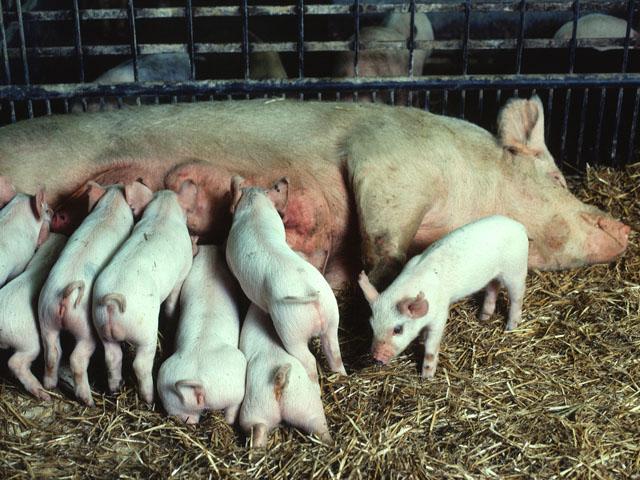