The potential for a Canadian Pacific strike is being watched closely by many industries, while the timing could not be worse for many sectors in Canada as well as the U.S.

Teamsters Canada Rail Conference (TCRC) on March 4 reported that it had completed and tallied the results of a strike vote. Of the membership, 96.7% voted in favor of strike action against Canadian Pacific if necessary. A legal strike could take place after midnight on March 16, 2022, at 00:01 a.m. EDT, noted TCRC.

TCRC reported on its website: "The main issues at hand include wages, benefits and pensions. The possible work stoppage affects more than 3,000 Locomotive Engineers, Conductors, Trainpersons and Yardpersons at Canadian Pacific Railway. TRC will continue to participate in the mediation process with the assistance of the Federal Mediation and Conciliation Service (FMCS), and the next meetings are planned to take place between March 11 and March 16, 2022."

In response, Canadian Pacific (CP), on its website, said in a news release: "CP has an excellent track record of successful collective bargaining with our unions; unfortunately, the TCRC has relied on federal conciliation in eight of the nine collective bargaining negotiations since 1993. We have offered a fair and balanced agreement, including wage increases, for a two-year collective agreement, and have agreed to 20 union demands on benefits and work rules in order to achieve labor certainty and stability for the next two years."

CP said it is focused on arriving at a negotiated outcome that is in the best interests of all employees and their families, customers, shareholders and the overall Canadian economy. "The TCRC leadership, however, appears poised to force a shutdown of the essential rail supply chain, jeopardizing Canada's national economy, by making unreasonable demands," the company stated.

Both CP and Canadian National railways have struggled to recover from the major weather event that caused flooding, slides and track outages in British Columbia in mid-November. Despite reduced demand for grain shipping due to the sharply lower 2021 production, the railways have since failed to spot cars in a timely fashion, adding costs to grain movement and delays in loading at West Coast terminals at Vancouver and Prince Rupert.

Due to the Prairie drought in 2021 and a shortage of feed grains, the prairie cattle feeding industry is also reliant on CP to move U.S. corn into the prairies. As of Feb. 1, there were 1.1 million head of cattle on feed in Alberta and Saskatchewan, requiring eight to 10 trains weekly to meet demand.

USDA data shows 102,000 metric tons of corn exported to Canada in the week ended March 3, while the four-week average is 141,275 mt per week. As of March 3, USDA reported outstanding sales of 1.525 million metric tons.

In an industry news release, James Bekkering, chair of the National Cattle Feeders' Association, Canada, stated: "A rail strike would be devastating to our industry. With last year's drought and recent transportation issues, feeders have been reliant on CP bringing up feed from the U.S. If trains stop moving, there will be no other options."

Will Lowe, president of the Saskatchewan Cattle Feeders Association, has framed the situation as "a humane animal welfare issue."

This movement has already faced challenges early in the year when frigid temperatures and COVID-related delays combined to slow corn movement to a critically low level, while a corn train derailed in southern Saskatchewan on March 12 to further add to the challenge of meeting this demand.

Canada's fertilizer industry is also watching closely and speaking out. A Fertilizer Canada news release reports that 75% of all fertilizer produced and used in Canada is moved by rail. Karen Proud, president and CEO of Fertilizer Canada stated, "The agriculture sector is already experiencing supply challenges compounded by war in Ukraine and cannot withstand any more disruption to the supply chain without severe consequences for farmers, food security in Canada and worldwide, and the Canadian economy."

The U.S. ban on Russian oil will challenge Canada's energy industry to grow production and move incremental barrels to the U.S. Alberta Energy Minister Sonya Savage, recently returning from CERAWeek in Houston, has made a case for an additional 200,000 to 400,000 barrels per day to be shipped to the U.S. Rail will be viewed as a part of this solution, while a rail strike would be untimely. In February 2020, Canada reached a record 412,000 barrels per day moved by rail, while most recent movement this month has been in the 140,000- to 150,000-barrel-per-day range.

While the strike is set for March 16, a slowing of service is expected for as soon as March 13. Ag groups are calling for the two sides to reach an agreement ahead of the strike date while pointing to the potential need for federal back-to-work legislation if required to avoid service interruptions.

Here is a link to the letter the Agricultural Transportation Working Group wrote to President Joe Biden: https://www.dtn.com/…. 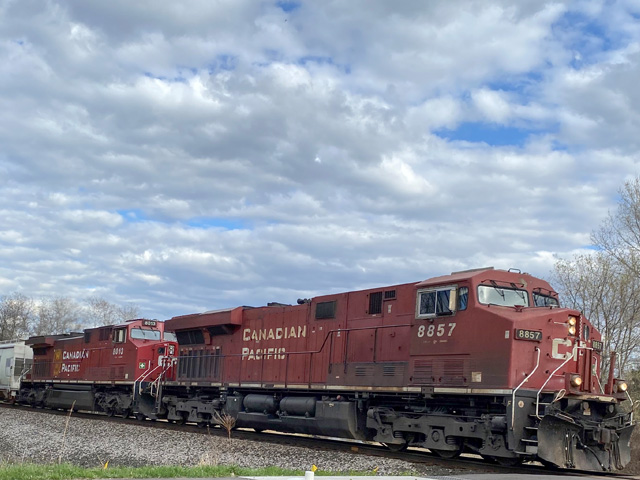