As winter storms hit producers across the country, it's a good time to renew the focus on cow condition. What happens in the herd now will have a direct impact on immunity in the spring calf crop, and as a result, will affect profits moving forward.

Immunity is truly a lifetime process for cattle, but it all starts with that animal's time in utero.

Ron Scott, Purina Animal Nutrition's head of beef cattle technical innovation research, noted in a presentation at Cattlemen's College this year that despite all the advances the industry has seen, morbidity and mortality haven't improved much. It's time, he said, to focus more on positively affecting immunity in the calf crop. The goal is to put the calf in a better position to handle key points of stress, including birth, weaning, transport and receiving.

"Here's our situation. We have a problem. We continually treat disease, but our solution is that we need to figure out a way to prevent disease," Scott said. He added that the relationship between nutrition and an animal's immune system is a prime place for improvement. The first focus, however, isn't on the calf directly -- it's got to be on the cow.

In an interview with DTN, Scott explained that a calf's innate immunity is first affected pre-birth and then shortly after birth as it gets colostrum from its dam. He advised monitoring cows' body conditions more closely and taking the time to write it down if you are looking over a large number of cows.

"The innate immune system is our first line of defense to prevent disease," he said. "What we're trying to do is to improve it. That brings us to fetal programming, which is that development of immunity in a calf in utero."

Scott said four things play a major role in this in utero development of immunity: protein, energy, vitamins and minerals. The goal, he said, is for a cow to not have a bad day during gestation. Especially important is her ability to maintain good body condition over the winter months. Weight loss, he said, directly influences the health and well-being, and the in-utero development of her calf.

"How many cows that are spring-calvers lose weight in the winter?" he asked. "All of them do. So, we're already starting with a challenge. Our goal, then, is not to lose as much weight and to monitor body conditions through the year. Know that the thin cows are the ones that are going to have calves that don't perform as well."

Colostrum quality and quantity are also critical to a calf's health and its immune system development. Scott emphasized that colostrum, which is not milk, comes from a process that starts about a month prior to calving. Colostrum contains nutrients and antibodies that boost a calf's immune system.

"Think about cows coming out of a drought, or other environmental stressors, that will impact this process. When we have cows in a poor plane of nutrition and it worsens before calving, it will compromise colostrum. Poor colostrum equals sick calves," he said.

In addition to fetal programming, Scott explained that the big-picture goal has to be gut health. He noted that too much acid in the rumen can lead to ulcers and allow bacteria into the bloodstream. Another, more recent area of work, has focused on leaky gut where a gap in the villi allows pathogens to get through. Villi are small, finger-like projections in the small intestine that absorb nutrients.

In cattle, leaky gut or too much acid can increase maintenance requirements and create constant inflammation. Overall performance and immunity are both compromised. This can also be a contributor to heat stress.

Probiotics and prebiotics can influence and feed the microbiome, aid in gut health and prime an animal's immune system. Scott said that when combined with good nutrition, it all prepares the immune system, protects the gut lining, and ultimately primes white blood cells.

"As soon as they (the animals) are stressed, we give the opportunity for leaky gut, for pathogens, to come in. From there, the whole endocrine system is stimulated, and the cattle don't gain weight as efficiently because nutrients are going towards the stress rather than that weight gain," Scott said. By building up immunity over the animal's life, he added, it enables that animal to better handle stress at key points of transition, preventing illness and saving treatment costs. 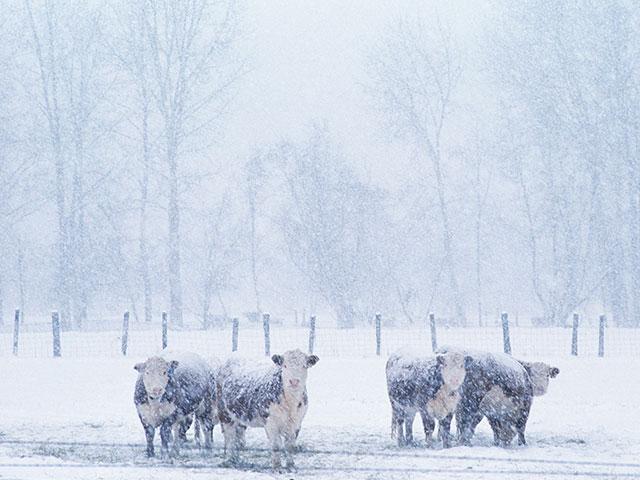