The good news for cattle producers is that, historically speaking, lower corn prices mean higher prices for feeder calves. The not-so-good news is that today's COVID-influenced markets don't always seem to play by the rules.

DTN Lead Analyst Todd Hultman believes corn prices are peaking and may drop as much as $1 per bushel off of $6 highs. It's an outlook that has shifted since November when the corn market seemed to be more on the bullish side of the fence. The difference in outlook is largely tied to ethanol.

"Looking back around Thanksgiving, we had incredible demand from the ethanol sector," said Hultman. "Since then, we've seen ethanol prices drop dramatically as inventory has increased. We are at the highest inventory levels for ethanol since February 2020. As a result, demand there is slowing, and at the same time, we're sorting out weather effects on the crops in South America, especially southern Brazil and Argentina where conditions have been very dry."

While Hultman noted there are still a lot of unknowns in the corn market, he believes corn over $6/bushel will be hard to sustain.

"I think we are at the high end. Fundamentally, the USDA's new ending stocks level of 1.54 billion bushels, and their average farm price at $5.45/bushel, correlates to prices below the $5/bushel mark for corn. Right now, I'd tell you there's probably $1/bushel of risk in the corn market."

In today's market, some 35% to 40% of corn demand comes from ethanol production. Hultman noted that, since the pandemic, production of U.S. oil suffered, leading to a precipitous drop in oil prices last year, when at one point, price levels were at minus-$40 per barrel.

"That really hurt oil and gas production companies," he said. "We saw over 100 file for bankruptcy that year. It's part of the reason we're having a hard time getting production levels back up, which led to an increase in energy prices. That increase was an opportunity for the ethanol market not seen since 2008. The year started off good.

"But that need has calmed lately," he said. "I think we could still see some more aggressive buying from the ethanol sector if demand revives, but it would still be difficult to support corn over $6/bushel. If we see more buying from the ethanol sector, I'd say we might go from saying there's $1/bushel of risk in corn, to 50 cents/bushel of risk. We're still looking at falling prices."

The influence of the corn market on cattle prices began to inflate in 2008. Since then, Kansas State University researchers Glynn Tonsor and Emily Mollohan reported that a 1% increase in the price of corn reduced calf prices by 0.185%. A yearling price model revealed a similar connection, where a 1% increase in corn prices reduced yearling values by 0.180%.

So, what happens when corn prices go down? The inverse relationship then tends to work to the advantage of cattle prices. Josh Maples, Extension economist at Mississippi State University, referred to the Kansas study in noting that the inverse relationship between the two markets is tied to the fact that corn is a major input in the production of fed cattle, so as the price of corn (cost of gain) declines, the price of feeder cattle can increase without increasing the total price to produce the animal.

A 10% decline in corn prices, then, would imply a 1.8% increase in feeder cattle prices, he calculated in earlier reports.

Will a declining corn market be enough to boost the spirits, and finances, of cattle producers this year? DTN Livestock Analyst ShayLe Stewart says she still feels a lot of apprehension in the market regardless of what the latest slew of commodity reports may indicate.

"Right now, I think the market is slow to react because lagging processing speeds continue to be an issue. The market isn't in a jam when we talk about backed-up supplies, at least not yet. But if things don't improve in the coming weeks, we will have problems. Given how strained the market was in 2020 as it worked to move through the backlog of cattle, everyone is on edge as we try to decide if this is a short-term problem or something more ominous."

Stewart stressed that while she's optimistic overall, there continue to be a lot of unknowns for cattle producers.

"On the whole, I'd tell you I can't believe how strong demand has been for feeder cattle. Regardless of what the short-term issue are in regard to labor and even moisture in parts of the country, I believe the next few years give us a terrific chance at higher prices as we sit and watch the U.S. cow herd numbers dwindle." 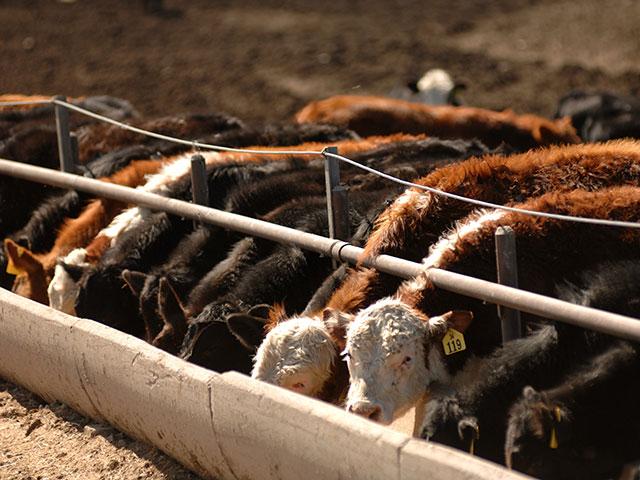