LINCOLN, Neb. (DTN) -- Meat and poultry groups told USDA they want cultured-meat cell products to be distinctly labeled so as to avoid consumer confusion, in comments submitted to the agency for a proposed labeling rulemaking.

USDA's Food Safety and Inspection Service closed a public comment period on Dec. 2, as part of a request for comments ahead of a potential rulemaking.

The science of growing protein from cultured animal cells is advancing and the likelihood of commercial sales of proteins derived from them is expected in the near future. Exactly how to define and regulate these products remains a point of contention. Cultured animal cell-derived meat is grown in a laboratory instead of being raised in a pasture and slaughtered as meat.

"NCBA recommends that FSIS develop food standards of identity specifically for this new category of protein, including qualifying language that mandates clear sourcing disclosure," he said.

The group asked USDA to work with lab-grown protein companies to establish "marketable product names" that can be "easily distinguished" from the practice of raising animals and harvesting meat products. NCBA said the agency should adopt "lab-grown" as an "unambiguous description" for cultured animal cells.

"Meat is explicitly defined in the code of federal regulations, the definition of which hinges entirely on the source of the product," Lane said in comments.

"Meat as defined by the CFR, is the muscle of an animal. Lab-grown protein companies claim that their products give consumers the opportunity to consume a protein product that does not come directly from an animal but is rather grown from animal cells. Such a product can, at best, be classified as a 'meat byproduct' or 'meat food product.' To be clear, several in the scientific community have asserted that cultured muscle tissue is not technically meat as the latter is also a product of postmortem biochemistry."

Lane said the FSIS and the Food and Drug Administration should not finalize a regulatory framework until "independent researchers have the opportunity evaluate the biological, chemical, and ornithological characteristics of lab-grown protein products."

Unlike the terms cultured, clean or cultivated, "lab-grown" provides a clear and unambiguous description that effectively distinguishes the product from traditionally harvested meat. NCBA also supports "artificially grown" or "artificially cultured" as alternatives.

The National Chicken Council said in comments the USDA should regulate both the labeling and safety of cell-cultured products.

"It is not appropriate to refer to cell-cultured products using terms such as 'clean meat,' nor should these products be named or described in a way that disparages conventional animal proteins," the NCC said.

The group said such products should be labeled so as to "clearly" disclose how they were made.

"Claims that cell-cultured products are superior to conventional animal proteins should be prohibited unless such a claim is substantiated by scientific evidence," the NCC said.

NCC made six labeling recommendations to the USDA.

That includes establishing a codified standard of identity for the products. Labels should include terms such as cell-cultured in product names and such products should not be allowed to use defined parts terms such as wing, leg or breast, NCC said.

The group also said USDA should ensure retailers and restaurants also use "appropriate terminology" when referring to the products and conduct research on how consumers view cell-cultured products.

Paul Shapiro, CEO of the Sacramento, California-based The Better Meat Co., said his company would oppose the use of the term lab-grown on labels.

"A more-accurate and neutral term to allow is 'cultivated meat,'" Shapiro said in comments to the agency.

"Meat cultivation is exactly what's occurring in such a production facility, and the name doesn't bias the consumer for or against the product. 'Cultured meat' is another name worthy of consideration, both because of its history of use and its accuracy, though it could be confusing when compared to other cultured foods like yogurt that are using a different type of culturing process. Still, this is a good option that's both accurate and non-prejudicial."

The Canadian Federation of Agriculture said in comments the USDA should consider going a direction similar to the Canadian Food Inspection Agency.

"These requirements state that foods containing 2% meat product or less are not considered a meat product as they include an insignificant quantity of meat," the CFA said.

Riley Robbins, president of the Kansas Cattlemen's Association, said the definition of beef should only include that it was derived from livestock "traditionally born, raised and harvested" on farms.

"Cell-cultured products differ materially in conception, growth, harvest and texture, and therefore KCA opposes these products be labeled as meat," Robbins said in comments to USDA.

"KCA strongly opposes attempts by cultured-cell companies applying any definition, label or reference for any food product traditionally raised and inspected as anything other than 'clean' as it is a fallacy of composition and misleading."

KCA said it opposes cultured-cell products from being commingled with traditionally born, raised and harvested meat.

"If such commingling of products is attempted, then the resulting product should not receive an identifier as 'meat' in our domestic or import/export markets," Riley said.

Ryan F. Quarles, Kentucky commissioner of agriculture, said cultured-cell products "should not be allowed to be marketed" as products from traditional animal agriculture.

"Consumers deserve to know that the word 'meat' means something, and that it means meat from an animal," he said in comments.

"As new technology emerges on the scene, it is important that consumer-protection agencies on the state and federal level to be proactive in helping educate consumers about new products and giving them the ability to differentiate protein products whipped up in a lab and those raised on a family farm."

"Who Will Regulate Lab Meat?," https://www.dtnpf.com/… 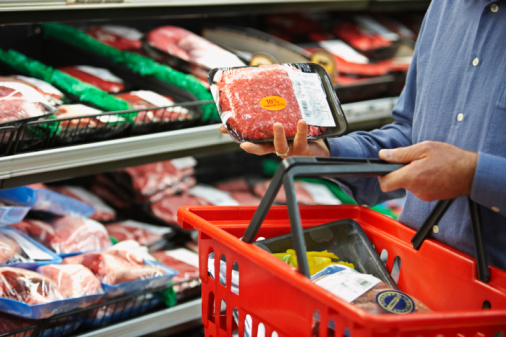