LINCOLN, Neb. (DTN) -- Agriculture groups say they are disappointed with EPA's proposal to repeal and replace the Navigable Waters Protection Rule, with a temporary return to a pre-2015 waters of the U.S. definition that brings back the "significant nexus" determination.

EPA this week announced a first step in permanently replacing the Trump rule, starting with a temporary return to pre-2015 definitions. EPA Administrator Michael Regan has said Clean Water Act exemptions available to farmers and ranchers would stay in place.

Following the announcement, however, two agriculture interest groups expressed concern about where the Biden administration is going with a future rewrite expected to be released sometime this winter.

"AFBF is disappointed EPA is returning to an overly complicated interim water rule," he said in a statement.

"Overreaching regulations create major permit backlogs for the federal government and result in long delays for farmers and ranchers who are working to keep America fed. We are particularly concerned EPA is bringing back the significant nexus test. This case-by-case test threatens to unfairly regulate large areas of private land miles from the nearest navigable water."

Duvall said it was "troubling" to see EPA put in place a "framework" before completing promised engagement with agriculture.

"Administrator Regan pledged to listen to the needs of farmers and ranchers and committed to a rule that is not overly burdensome," Duvall said. "We urge him to stay true to his word."

"NCBA supported the NWPR and was disappointed when it was struck down in court," he said.

"With the Biden administration announcing their intent to craft their own WOTUS rule, NCBA will remain engaged with the Environmental Protection Agency to ensure that any future rulemaking respects the needs of American cattle producers and their right to make investments in their land and care for their cattle."

Nebraska Republican Sen. Deb Fischer, a member of the Senate Agriculture Committee, said the EPA's action this week should concern farmers and ranchers.

"The action by the Biden EPA today is a troubling sign that the administration wants to pursue significant federal overreach over water resources," she said in a statement.

"Nebraskans own the water in our state and work to carefully protect this precious resource. The Trump-era navigable waters rule gave families and communities predictability when it came to the definition of federal waters. As the administration considers these sweeping regulations, I will continue to fight to make sure the voices of Nebraskans are heard."

The National Wildlife Federation said in a news statement the repeal of the Trump rule was a first step in restoring federal protection of drinking water and wildlife.

"This is a good first step that will permanently erase the disastrous Trump rule from the books," said Jim Murphy, director of legal advocacy for the National Wildlife Federation.

The pre-2015 proposal raises several concerns for farmers, ranchers and other landowners.

In particular, returning to the pre-2015 rule means a return to definitions expanded by EPA following the 2006 Supreme Court ruling in Rapanos v. U.S., including the so-called "significant nexus" determination that was a feature of the 2015 rule.

Significant nexus determinations in the 2015 rule were a concern to farmers, ranchers and other landowners who feared the expansion of federal jurisdiction onto private lands.

"The agencies anticipate that fewer waters would be excluded as prior converted crop land under the proposed rule's reinstatement of 1993 language, compared to under the NWPR," the EPA said in the new economic analysis.

Along with a release of the proposed repeal and replacement, the EPA released a 177-page economic analysis of the proposal that will be open for a 60-day public comment period once published in the Federal Register.

The Clean Water Act also exempts discharges associated with normal farming, ranching and forestry activities, such as plowing, cultivating, minor drainage and harvesting for the production of food, fiber and forest products, or upland soil and water conservation practices.

Justice Anthony Kennedy was the deciding fifth vote in the case. In his opinion, he argued a nexus exists where a wetland or other waterbody, either by itself or in combination with other similar sites, significantly affects the physical, biological, and chemical integrity of the downstream navigable waterway.

That "significant nexus" opinion was the basis for the 2015 rule, as well.

From 2006 to 2015, the EPA and the Corps of Engineers created guidance that focused on Kennedy's opinion and generated confusion among the regulated community, including farmers and ranchers.

The Navigable Waters Protection Rule, on the other hand, was largely supported by farmers and ranchers because they say it clarified which waters are jurisdictional. 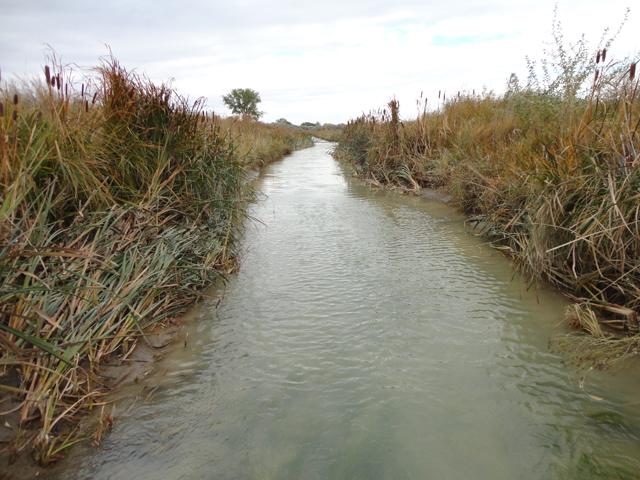