This week, the House Agriculture Committee held a hearing, https://www.dtnpf.com/…, focusing on the transportation problems bogging down the export of goods and commodities across the country and the world.

The Associated Press this week reported a backlog of ships entering U.S. waters and fewer ships making a trek back across the Pacific Ocean as reasons why those producers are struggling to export. California tree nut farmers, for example, have seen about 80% of scheduled shipments canceled as a result of the shipping backlogs.

"This is a big problem for U.S. agricultural exports, because so much of what we export is containers," he said.

"And if you look at the Port of Tacoma, Washington, in fact, 80% of what goes out of that container port is on backhaul or agricultural products to Asia, and right now, the shipping industry has very clearly indicated they'd rather speed the process up and get those empty containers back to Asia first, without taking the time to reload them with some sort of agricultural commodity before you ship them back over. I don't think there's any question in my mind, at least that at this point, that's having an impact in reducing U.S. agricultural exports. I don't see how the situation alleviates itself for some time to come."

There are several issues at play, said Ted McKinney, CEO of the National Association of State Departments of Agriculture and former undersecretary of agriculture for trade and foreign agricultural affairs in the Trump administration.

"I just hate that sometimes those are all politicized, because I think COVID really is a very big factor in it," he said.

McKinney said those challenges are likely to extend into 2022 and even well into 2022.

"It will get straightened out, because it has to, it just has to one way or the other," he said.

"Logic says that when the containers go back, they're full, and many times that is not the case. I think we're also seeing some very appropriate adjustments in policies. I know that in parts of the Long Beach (California export) facility, there were local regulations, zoning regulations, and they were probably there for good reason. I'm not going to second guess why they were there but only allowed the stacking of two containers high."

McKinney said the facility now is allowed to stack containers four high. "Now, that's not going to fix the problem," he said. "That's a small example of a possible port, partial remedy. But those kinds of things I think will help."

In addition, McKinney said the transportation sector is about 70,000 or 80,000 truck drivers shy of having enough to move commodities and goods across the U.S.

"I think people are finding a real convenience to have a package delivered right to their door inside 24 hours," he said. "I think it's more than COVID, but it includes COVID. We just can't get there fast enough on fixing it. I think it's going to hurt a lot of things, including agriculture over the next 12 months, 18 months perhaps."

Doud, who was the chief negotiator on the U.S.-China phase-one trade agreement under Trump, said that so far, the big agriculture winner has been the beef industry.

U.S. trade discussions with China in 2019 were rather historic, Doud said. The phase-one agreement was reached after 33 negotiating sessions that covered hundreds of hours.

Reopening U.S. beef trade with China was one of the success stories of those negotiations.

"My back-of-the-napkin analysis was that all we needed to do was sell about 1,000 tons (of beef) a week," Doud said.

"You look at the USDA export sales reports on a weekly basis, about 1,000 tons a week would really make this thing tick for the U.S. beef industry. That was kind of the missing puzzle. I can speak for myself here -- I had absolutely no idea that we would do what we're doing right now in terms of we're averaging right about 3,000 tons a week. It is extraordinary.

Doud said he's often asked whether the China trade deal was a success -- did it really matter?

"Before we started those negotiations, we had something like 1,500 facilities that were eligible to export products from the United States to China, and I'm talking about beef processing facilities, pet food facilities, infant formula facilities," he said.

"Today we have well over 4,000 facilities eligible to export their products to China, and as a result of that, our U.S. exports to China through August were up 91% -- almost double what they were," said Doud.

McKinney said although the China agreement "wasn't without some pain" it was a success. In particular, he said, although tariffs slapped on China by the Trump administration were frowned upon by many, it ended up leading to the phase-one agreement.

"I think, to a person, nobody here wanted tariffs," McKinney said. "I didn't want tariffs. I suspect Greg didn't want tariffs. But China has a way of not just giving in and saying 'Sure, we'll give you everything you want.' And so, if we had to do that, to bring them to the market, to bring them to the negotiating table, and so be it. And I think the payoff has been fairly pronounced."

"With absolute certainty, they've lost enormous benefits, and I think it's put a real damper on looking at other technologies," McKinney said.

"There's still some uncertainty whether gene editing, which does not include insertion of foreign DNA, whether that will be accepted. We hope so. But these are things that are going to change the world. I'm thrilled that (U.S. Agriculture) Secretary (Tom) Vilsack, the team at the Foreign Ag Service where I used to work with, are providing an option for the world so that they don't have to go down the primrose path of zero technology."

Mike Gifford, former chief agricultural trade negotiator for Canada, said although a number of countries, including the U.S. and Canada, have benefitted from trade agreements struck with individual countries or multiple nations, World Trade Organization negotiations are needed.

"Some people are pessimistic about the future, the WTO," Gifford said during the Zoom call. "It seems to me that the agricultural exporters in particular have too much of a risk not to encourage a resumption of negotiations. When you look at what was almost agreed in 2008, there was an awful lot of progress made in agricultural trade liberalization. And to have it thrown away and not resurrected would be a crime," said Gifford.

Gifford added that although bilateral and regional trade agreements may be easier to reach, a resumption of Doha is important.

"It seems to me what's instrumental is U.S. leadership," he said. 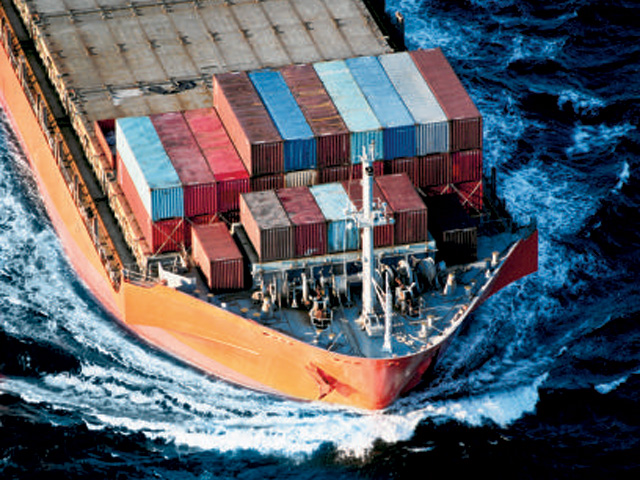