BIRMINGHAM, Ala. (DTN) -- Ag businesses are dealing daily with an inability to get necessary supplies for customers and for their own operations. A new report from CoBank, "Adapting to Persistent Supply Disruptions," indicates the U.S. economy is transitioning to a new phase, which will affect ag supplies for the rest of the year and into 2022.

Supply disruptions, along with labor shortages, are adding significant costs to businesses, writes CoBank Analyst and Vice President Dan Kowalski. He reports the U.S. economy is still in the grips of the pandemic, but that today, the influence is more on the supply side than on the demand side. He explained that "most people feel safe enough to engage in most public activities. And consumers are still flush with cash, spending robustly on both services and goods and keeping the economy humming. But supply chains are arguably in the most dire condition since the start of the pandemic."

Now, just weeks before the holiday season, Kowalski points out that both the Producer Price Index (PPI) and the Consumer Price Index (CPI) were up in the most recent August reports. However, the PPI was up 20% year-over-year, while the CPI was up 5.2%. This shows that while businesses are paying more for inputs, they have only been passing a small percentage of that onto customers. Kowalski says that in the last quarter of this year and the first quarter of 2022, many businesses that have been holding off on price increases will finally do so.

How will this shift affect the beef industry? Brian Earnest, lead CoBank analyst for animal proteins, says as more restaurants have opened up for inside dining, the capacity of the industry is being tested.

He believes pressure on the industry will come from two sources. First, higher domestic protein consumption will continue to conflict with tightening supplies.

"Total beef, pork and chicken in cold storage was 20% lower year over year to kick off grilling season, and ending stocks fell another 3% by the end of July," he reported. At the same time, he noted, international demand is robust, with combined U.S. exports of beef, pork, and chicken forecast to hit records.

Earnest said he anticipates that as the beef industry moves through the backlog of cattle it amassed the first quarter of this year, it will close the gap between availability and processing capacity by early 2022. Along with higher demand domestically, he says to watch export numbers, which are on pace to be record large for 2021. Big increases have come from Korea (up 17% through July) and China (up 137% from 2020). At publication time, Earnest noted that the CME feeder cattle index has remained above $150 through most of the third quarter 2021, a level not achieved since 2018.

DTN's veteran reporters and analysts continue to follow and write about these ongoing supply and labor disruptions, with a special focus on how these shifts affect America's farmers and ranchers. They all concur that the trend will be stable to higher for commodity prices and inputs through the end of 2021 and into early 2022.

-- FERTILIZER. This week, the upward trend continues for the fertilizer market, showing large, year-over-year increases in all key areas. DTN Staff Reporter Russ Quinn, who focuses on retail fertilizer prices, said he has been covering these markets for more than 13 years with a data set that goes back to 2008. The industry is seeing the largest year-over-year (YOY) increases to date by that data set. Quinn reported this week these YOY percentage increases as follows: potash at up 101%, UAN28 at up 91%, anhydrous at 89% higher, UAN32 at up 83%, urea at 81% higher, DAP (diammonium phosphate) at up 67%, MAP (monoammonium phosphate) at up 78% and starter fertilizer (10-34-0) at up 40%.

Quinn noted, "These are not the highest prices we've ever seen, but we've seen prices climbing nearly a full year now, so we could easily set some all-time highs." He added that prices on these inputs tend to peak during spring and fall, when demand is at its highest.

"The people I've talked to, retailers and Extension and farmers, who are talking to suppliers and wholesalers and retailers, tell me not to expect any slowdown in prices anytime soon," Quinn said. "We've seen 11 months now of continuously higher prices. In past years, it was more a demand issue. This time, it's a supply issue, and the fact we can't get enough supply because of weather disruptions domestically and China cutting back on exports of fertilizer to the U.S. will only make it worse."

-- NATURAL GAS. DTN Refined Fuels Editor Brian Milne says it is possible natural gas prices could hit $10 per 1,000 cubic feet (MMCF) moving into 2022. Global supply issues will have a major impact on whether these price levels are realized.

"We've seen a lot of volatility in this market already, with the front month (November 2021) at $6.46," reported Milne. The previous highs, he added, were set in February 2014 during a cold period, and in December 2008, coming off of a financial crisis.

"By a historical perspective, we are at a seven-year high and ready to go to a 13-year high," he said. Milne noted that in the U.S. supplies are ample, even though they are below the five-year average. Price spikes for natural gas in Europe and Asia, however, are driving upward market trends. In parts of Europe, natural gas prices have spiked as countries move away from coal and nuclear energy. Wind energy in parts of the United Kingdom, he added, has not generated the amount of power expected this past season, leading to unexpected drawdowns on natural gas. Seasonally, Milne says, peak demand for natural gas is from October through March.

"We are going to see prices up from here as we move into the winter months. If it is very cold in Europe and Asia, expect more price spikes," he said. "We could easily get above $8 this winter, possibly over $10. But, speculating a little, there are things that could derail all of this, like a warm winter."

-- CROPS PRICES STABLE. Input costs may be up, and supply issues will no doubt cause headaches for farmers and ranchers, but commodity prices will hold the line, said DTN Lead Analyst Todd Hultman.

For corn, whether it's the December futures price or the cash prices, Hultman said he expects continued stability around the $5- to $5.50-per-bushel mark for the last quarter of this year.

"We're well into harvest this week, and everything seems to be going about as expected, with no major problems or hurdles. There have been issues with getting grain downriver to port, so our exports are off to a slower start than normal. But it is still early in the season, and things are starting to improve."

For soybeans, the cash price on DTN's national index put the commodity just under $12 per bushel, which Hultman says is pretty stable. He expects a range from $11.75 to $12.25 per bushel for the rest of the year. "Even with higher shipping costs over the next three to six months, I expect prices to stay somewhat stable with a more muted demand outlook."

Lastly, for wheat, Hultman says U.S. production was the lowest in 19 years due largely to drought. He also said he expects USDA reports to show supplies at or near the lowest ending surplus levels for 14 years. "Given that, and because we are at the end of the growing season for the Northern Hemisphere, I don't see supply changing much over the next three to six months, leaving prices well supported. Our DTN cash index is just above $7 per bushel now, and I expect the market to stay at $7 to $7.50 per bushel for the next few months because of limited supplies. If the commercials want wheat, they will have to bid it up to get it from farmers." 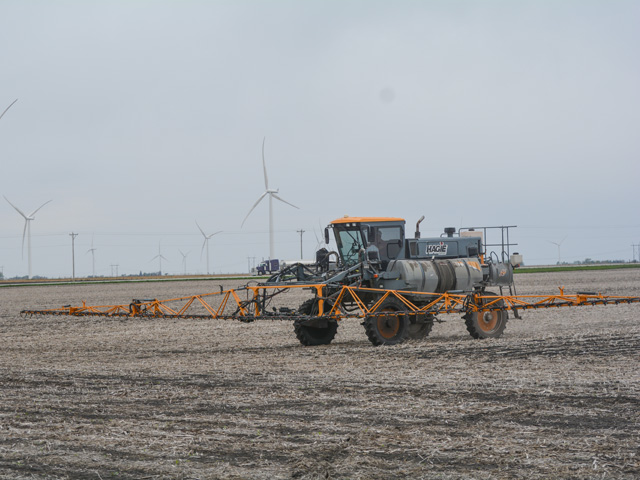