The National Cattlemen's Beef Association (NCBA), working as a contractor for the Beef Checkoff, launched a campaign aimed at sharing the industry's science-based sustainability story. The goal was "to transparently share" facts with consumers about how beef is raised. The promotions included advertising in the Wall Street Journal, the New York Times and the Washington Post. The NCBA reported the campaign has been very successful, reaching millions.

Some voices in ag media have even held the campaign to be one of the beef industry's best and most important. Western Livestock Journal publisher Pete Crow, for example, said he believes media campaigns like these "have a real impact on decision and policymakers worldwide." But that kind of praise, as the saying goes, is preaching to the choir.

Outside of agriculture, there was significant pushback on the sustainability claims, much of it from the Physicians Committee for Responsible Medicine (PCRM). The PCRM petitioned both USDA and the Federal Trade Commission (FTC) over the ads, stating the promotion downplayed cattle's role in the environment.

The PCRM advised that simply replacing beef with beans would help the U.S. reach targeted greenhouse gas emission reductions. It stated that researchers had compared simulated net emissions of legume production, subtracted those from average beef production rates, and used U.S. reduction goals for 2020 as a reference. Based on those results, legume substitution could account for 46% to 74% of the required reductions.

Anyone considering the beef-to-beans shift should also consider that while "Physicians Committee for Responsible Medicine" sounds like the name for a legitimate committee of medical professionals, that may be misleading.

The website activistfacts.com researches organizations and reports on memberships, finances and donations to those groups. Here's how it describes PCRM: "The Physicians Committee for Responsible Medicine is a wolf in sheep's clothing. PCRM is a fanatical animal rights group that seeks to remove eggs, milk, meat, and seafood from the American diet, and to eliminate the use of animals in scientific research. Despite its operational and financial ties to other animal activist groups and its close relationship with violent zealots, PCRM has successfully duped the media and much of the public into believing that its pronouncements about the superiority of vegetarian-only diets represent the opinion of the medical community."

The NCBA stated in its response to the Washington D.C.-based PCRM, that in 2021, fewer than 10% of PCRM members were actual physicians. It called PCRM's critiques "baseless and inaccurate" and noted the group is trying to scare media away from sharing important stories, and to suppress information consumers deserve to know. NCBA said it "stands by this campaign and will not be silenced by animal extremists who pretend to be doctors."

U.S. beef cattle only account for 2% of greenhouse gas emissions in the U.S., according to the EPA's 2021 report "Inventory of U.S. Greenhouse Gas Emissions and Sinks: 1990-2019." According to USDA and the UN Food and Agriculture Organization, the U.S. has produced the most sustainable beef in the world for decades and has reduced emissions per pound of beef by 40% since the 1960s. 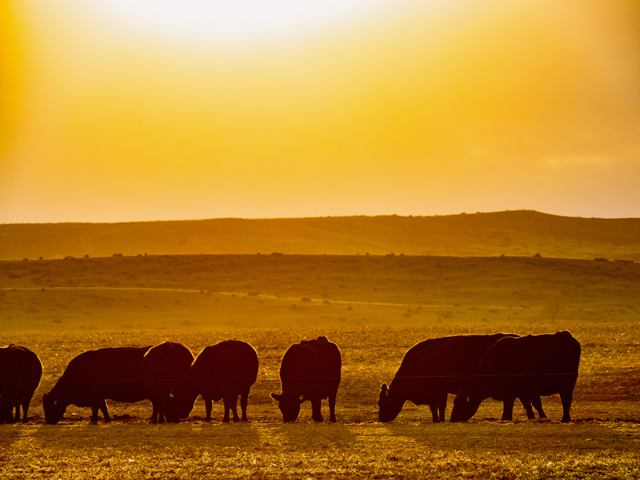