NASHVILLE, Tenn. (DTN) -- The meeting room was packed last Tuesday as the National Cattlemen's Beef Association held its Live Cattle Marketing Committee meeting, but a meeting that took five hours to slog through in 2020 wrapped up in less than an hour this year.

It was one of the quietest openings for a sequel when much of the summer leading up to the 2021 Cattle Industry Convention and NCBA Trade Show has focused on dysfunction in cattle markets.

Jerry Bohn, a Kansas cattle feeder and president of NCBA, said cattle markets continue to be a major topic with producers, but the high demand for beef and tighter cattle supplies are starting to come into sync with each other.

"The cattle market has been a really hot topic for the past year and a half with all of the black swan events that we've had to deal with," Bohn said. "It appears that the supply of cattle is beginning to get more in line with the packing capacity, and that's certainly good."

Taking in the marketing meeting was Dustin Aherin, a vice president of research for animal proteins at Rabo AgriFinance. Aherin also has been a witness at some of the cattle-market hearings on Capitol Hill this summer.

Aherin has been watching multiple trends in the cattle industry with tightening supplies driven heavily by drought while new announcements are coming in frequently by groups looking to build new packing plants.

"There is absolutely a risk going forward where there is a point when capacity expands too much given tightening cattle supplies," Aherin said. "That's a key point. It's not just physical facilities, but it's how much you actually get through the plant."

If the cow herd can remain at about 30.5 million cows, there's the potential to add slaughter capacity for about 5,000 head a day, Aherin said. As capacity increases, though, the extension of drought bringing down cow numbers closer to 30 million would be a risk for new packers coming into the market, he said.

One of the policies passed in the marketing committee created a new working group to look more deeply into the Livestock Mandatory Reporting law, confidentiality issues with packer reports, market transparency, captive supply, the Packers and Stockyards Act, and price-reporting thresholds.

"They are going to look and see whether we need to adopt new policies at the Houston meeting (next February)," said Tanner Beymer, director of government affairs and market regulatory policy for NCBA. "They are also going to look at some recommendations on how we can use existing policies to bring about more transparency and some direction on confidentiality."

A good chunk of the conversation is expected to center on the Livestock Mandatory Reporting law. The law is supposed to be reauthorized every five years, and with the disruptions that have occurred in cattle markets, it would seem like a prime piece of legislation given the number of congressional hearings on the topics this summer. But Congress last year extended the law until Sept. 30, and likely will extend the law at least one more year.

"The odds of a five-year reauthorization right now is zero," Beymer said in a briefing for the committee.

Beymer noted lawmakers have been waiting to see what, if anything, comes from an investigation into the cattle markets launched by the Department of Justice more than a year ago. In the past several months, more than 100 members of Congress have written at least six letters to Justice officials asking for some update or conclusion to the investigation.

When it comes to confidentiality of packer price reports, NCBA already has a policy to oppose all the confidentiality rules already in place, but the likelihood of that happening with USDA reports is low, Beymer said. "But how can we tweak it so confidentiality is not a barrier to accessing information," he said.

The Livestock Mandatory Reporting law operates under a rule that requires three packers to be buying cattle in the reporting period for specific regions around the country. Not one of those packers can be responsible for more than 70% of the cattle buys in that region, or the information remains confidential. Colorado is the area where this often comes into play because, typically, there are two major packers buying in the state, and one of them -- JBS -- is typically pulling in more than 70% of the cattle. So that limits price reporting and discovery in Colorado.

A House appropriations bill also has draft language providing $1 million to USDA's Agricultural Marketing Service to develop a pilot project for a cattle contract library. Beymer said that is the most likely legislative bill to starting a more extensive contract library that producers could use to compare pricing between contracts and negotiated cash trade.

Beymer added NCBA remains concerned about USDA's plans to rewrite some of the Packers & Stockyards Act rules, though he noted USDA staff has said it may take at least 150 days -- near the end of the year -- before USDA releases its proposed rules. NBCA has long-standing positions opposing changes to the interpretation over "harm to competition" required in litigation against packers. Beymer noted there is a long list of case law over the provision and USDA rules.

"That is essentially settled case law," Beymer said "We are really concerned with that course of action by USDA."

On Wednesday, the analytical group CattleFax released some price outlooks and industry watch list for 2022. CattleFax pointed to challenges remaining in packing capacity as the tight labor market remains. Cattle margins are expected to improve as the cattle supply tightens and producers gain more leverage from packers and retailers.

-- Composite cutout: High beef demand combined with tighter hook space will continue to increase cutout values. The average USDA cutout for 2021 is expected to come in at $260 per cwt. In 2022, that's expected to increase about $5 per cwt to $265 with trade ranging from $235 to $295.

-- Utility cows: There is a lot of liquidation going on, but there also is strong demand for beef trimmings that has supported the cull-cow market. Average prices for 2021 are coming in at $64 per cwt, but those prices could bump up $6 per cwt to an average of $70 for 2022.

-- All fresh retail beef: With demand at the highest in three decades, the average overall beef price for 2022 is expected to bump up about 5 cents a pound to $6.85 a pound. 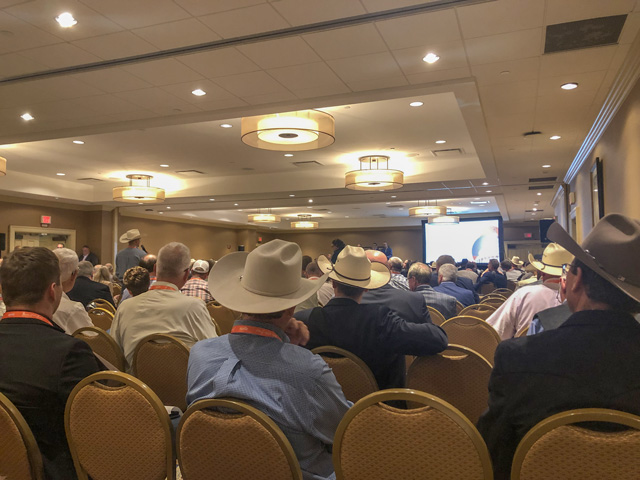