Drought brings its own unique set of challenges for cattle producers, one of which is an increased potential for the spread of disease through a cow herd.

It makes sense that as forages are stressed and animals go into dry-lot situations, are given supplemental feedings, and crowd around fewer watering stations, there is a higher-density situation, allowing certain diseases to spread more easily. Veterinarian John Davidson says he's seen this play out firsthand during his years of practice in Texas. This summer, he's encouraging producers to be especially vigilant against the threat that comes from cattle persistently infected with bovine viral diarrhea virus (PI-BVDV).

Davidson, senior associate director of beef professional veterinary services for Boehringer Ingelheim, says PI-BVDV calves, which are preventable, have industry-wide implications. In an interview with DTN, he stressed this is not a disease producers can identify visually.

A PI calf sheds BVDV its entire life without showing symptoms. This constant viral shedding of BVDV is something that becomes especially troubling when animals are in high-density situations. This is compounded by increased vulnerability in the cow herd brought on by nutritional stresses on the immune system, common during drought. Drought conditions, he explained, necessitate careful consideration of the trace minerals, vitamin, protein and energy needs of cattle.

"BVD really has an industry-wide implication," he said. "It affects reproduction, respiratory health, reduces overall performance, and increases stocker level and finishing level losses. These performance disruptions are very significant to everyone in the beef industry."

Davidson said producers need to understand how the virus gets into the herd. In most cases, he explained, a pregnant cow or heifer is exposed to the virus by a PI-BVDV animal. The circulating virus reaches the fetal tissue. If it enters the fetal tissue early enough (prior to the 125-day pregnancy mark), the calf's immune system will not react to the virus. This is the basis for PI-BVDV calf formation.

"The early-term fetal calf has a developing immune system that sees this virus as normal. It makes no effort to fight it off. As a rule, you can't tell a PI calf from a completely healthy calf. You can easily market or acquire a PI heifer without knowing it. And that PI female will 100% of the time have PI calves."

The first key to controlling PI-BVDV is a good recordkeeping system and vigilance when it comes to pre-breeding vaccinations and biosecurity.

"This is truly a preventable disease. You can remove PIs so they aren't making more PIs. You can have good biosecurity and not let PIs into the herd. There are multiple testing options, including blood tests as well as the ear notch test that will identify these PI animals," he explained.

Often, Davidson says, the first sign you might have a PI problem will show up in herd records, where you'll see a decline in health and/or performance.

"Records are an important part of any health program, but especially for identifying potential issues such as PI calves and BVDV problems. Good records will help you spot changes in reproductive performance, productivity and morbidity rates, which can then help you piece together a PI-BVDV diagnosis sooner."

Once you suspect a PI-BVDV in the herd, does every animal need to be tested? Davidson says it depends on the herd size and the situation. He advises working with your herd veterinarian to address the issue in the quickest, most cost-effective way. In choosing the right testing and surveillance strategy, it's key to consider both test cost and diagnostic sensitivity.

In large operations, for example, Davidson said a veterinarian might want to initiate surveillance with pooled samples. This can reduce the average cost per head for testing. A pool with a positive result will be followed with individual tests to identify the PI animal(s). All bulls, replacement heifers and dams of PI calves need to be tested. PI-BVDV positives must be culled or isolated.

One key step in prevention is making sure heifers are vaccinated before they are turned out for breeding. And when bringing new animals to the herd, Davidson says, separate cows and heifers from any animals of unknown PI-BVDV status.

"Some of the costliest PI-BVDV incidents I've seen have been when a well-intentioned producer put cattle with an unknown BVDV status on one side of a fence line and unprotected pregnant cows on the other side, not aware that fence-line contact between those vulnerable pregnant cows and the PI calves was what eventually led to more PI-BVDV cattle," said Davidson. He added that keeping new animals in their own group 14 to 21 days, testing their BVDV status, monitoring them for signs of other diseases and making sure they are vaccinated before moving them into the general population will go a long way to preserving the health of the herd as a whole.

When it comes to vaccines, Davidson recommended vaccinating cows with a modified live BVDV vaccine pre-breeding. Make sure there is a PI prevention claim on the label, he stressed. In addition, he said it's important producers know that based on the latest research regarding BVDV, Type 1b is now the most prevalent subspecies. So be sure the vaccine used is effective against Type 1b.

"Whether you're a cow-calf, stocker or feedlot operator, when your cattle are exposed to BVDV, the odds are 3-to-1 they are going to be exposed to Type 1b," said Davidson. "If you're a betting person and you take those odds, you'll want to make sure your vaccine program lines up against that threat."

A pre-breeding MLV vaccine has a second benefit: It allows cows to produce antibody-rich colostrum that can protect newborn calves for several weeks to a few months against BVDV. After that calf is born, producers can vaccinate them around 30 days of age with an MLV that includes BVDV antigens. 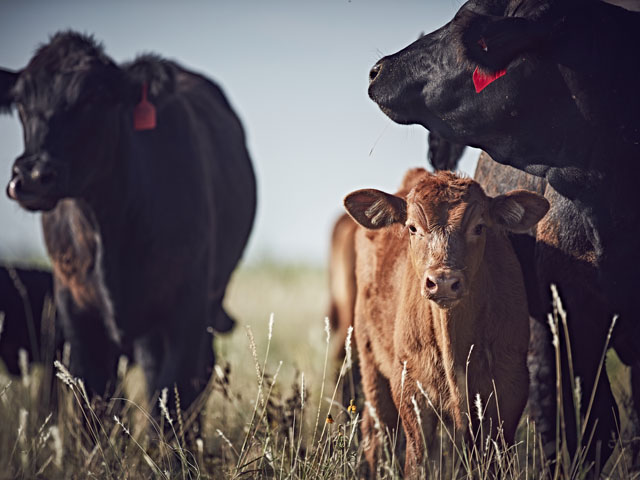