Sen. Mike Rounds, R-S.D., and Sen. Tina Smith, D-Minn., are planning to write Attorney General Merrick Garland this week urging him to "enforce or examine our antitrust laws to restore fairness to the marketplace" for cattle producers, and are urging other members of the Senate and House to sign the letter.

The letter is dated May 27, but was released last Thursday by R-CALF USA (Ranchers-Cattlemen Action Legal Fund United Stockgrowers of America), which has launched a campaign to convince 200 members from the House and Senate to add their names to the letter.

On the event, Rounds said it is vital for cattle producers to take their issues to the consumers and urged R-CALF members to bring the letter to the attention of consumers outside their home states.

South Dakota is one of nine states where livestock outnumber people. There is a lot of support for market transparency in those nine states, Rounds said, but those states represent only 5% of the U.S. population.

Consumers are aware that beef prices are rising, but need to be informed that cattlemen are not sharing in those prices, he said.

In the middle of this situation "are the meatpackers," Rounds said. He noted that most meatpacking in the country is controlled by four companies and said the Justice Department needs to examine whether that level of concentration is legal under antitrust laws.

The Rounds-Smith letter follows a letter sent to Garland by Republican senators and House members organized by Sen. John Thune, R-S.D., and Rep. Dusty Johnson, R-S.D., urging him to continue an investigation into the meatpackers that was started under the Trump administration.

The North American Meat Institute, which represents the meatpackers, has defended its members against the charges and maintains that market forces are in play.

When a reporter asked Senate Agriculture Committee Chairwoman Debbie Stabenow, D-Mich., on Thursday whether she was planning to hold a hearing on the situation, she said that the problem in Congress taking up the issue is that there is still no consensus in the industry on how to address the problems.

In a related situation, Politico Pro reported Friday that JBS, the world's largest meatpacker, had suspended its membership in the National Cattlemen's Beef Association because the group began taking a harder line on issues related to market consolidation. 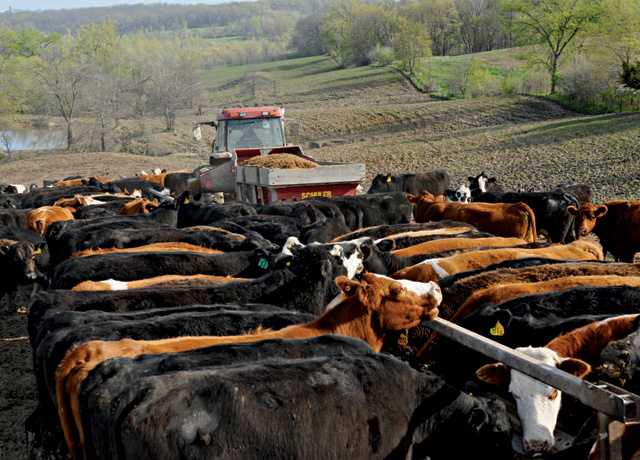