In its latest quarterly report, CoBank's staff of veteran analysts present a largely optimistic outlook for farming, noting that "on the rural front, agriculture has its swagger back."

Specific to the beef industry, analyst Will Sawyer reported mid-February's major winter storm and freeze caused a brief slowdown in beef processing and demand, but it was short-lived with no negative or long-lasting market implications. He noted the USDA projected beef production would decline by 3.5% in the second half of 2021, bullish to cattle prices, now about 15% above year-ago levels.

Demand is behind the strong first-quarter report, even though foodservice remained below year-ago levels. Sawyer said the positive outlook tied to beef demand is driven in part by progress on the COVID-19 vaccine rollout. But there were other positive factors, too, including plans to build new plants across the country and to expand capacity of existing plants.

Sawyer said the beef industry's limited capacity for processing was a weakness amplified by the pandemic and that while limited capacity expansion is forecast for 2021, continued growth in coming years will be critical to improved profitability for the cow-calf, stocker and feeding sectors of the industry.

CoBank's extensive report revealed many in agriculture are experiencing the best market conditions seen since 2013, with prices near multi-year highs and at a projected 7% rate of growth for this year -- the fastest rate of expansion since 1984. About 40% of that growth is tied by most analysts to federal stimulus.

CoBank's Dan Kowalski noted supply chains are showing signs of strain, with prices at the producer level rising across many industries and the expectation that higher costs will be passed on to consumers in coming months.

"Any inflation that results from this resurgent demand will be in addition to the 'base effect' inflation that we are certain to have in coming months," he explained. "Inflation is typically measured in year-over-year terms, and base effects occur when inflation readings are skewed because of price anomalies in the prior year."

Kowalski noted expectations by the Federal Reserve point to a 3% burst of "short-lived" inflation as the economy resets itself, with the possibility of inflation over 2% continuing into 2022.

In grains, CoBank analyst Kenneth Scott Zuckerberg said the rally continued with the first quarter, ending with a positive spike after a "bullish shocker" planting intentions report. It will help farm supply, including ag retailers and distributors, reach a "full and profitable spring agronomy season," he added.

Regarding other livestock, Will Sawyer reported chicken prices started 2021 "like a rocket" and climbed over 20% the first quarter. That's enough to offset the double-digit rate of feed cost inflation that started last fall. He said annual production should be about even with 2020 levels. Pork producers are also optimistic, he said, with a positive outlook for exports and strong domestic demand key.

"China has slowed its hog herd rebuilding due to increased African swine fever cases this winter," he reported. "That is helping drive the positive outlook for the remainder of the year."

In the U.S., Sawyer said, the expectation is for feed cost inflation this year to be at nearly 30%, the highest since 2011. Despite this, based on anticipated hog prices, producers could earn $25 and $30 per head. 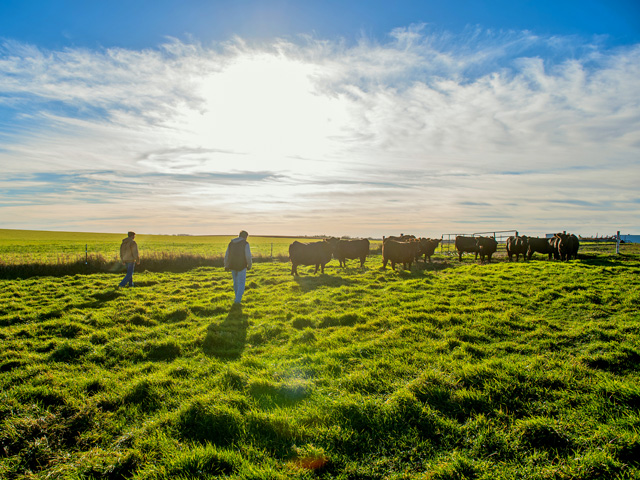