OMAHA (DTN) -- USDA needs to ensure its coronavirus aid to farmers is equitable as the Biden administration is using the department in several ways to focus on President Joe Biden's goal to contain the coronavirus, Agriculture Secretary Tom Vilsack said Thursday.

With that, USDA will extend enrollment for the latest round of the Coronavirus Food Assistance Program for Additional Assistance, dubbed CFAP-AA. Signup will continue, though payments under the program remain frozen.

On a call with reporters, the newly sworn-in secretary discussed USDA's response to the coronavirus pandemic, the Farmers to Families Food Box Program, the Coronavirus Food Assistance Program, trade and possible climate-change initiatives.

"It is fair to say the country's priority and certainly President Biden's" is containing the pandemic and, following that, rebuilding the economy, Vilsack said.

On farm aid, Vilsack had talked with nearly 40 senators and a number of congressmen about his confirmation. A repeated theme that came up was that different people felt they were being left out of previous relief packages, or there were inequities. The secretary pointed to testimony by the USDA Inspector General who testified before Congress that there were concerns expressed about payments that were made "that perhaps were inappropriate or didn't quite meet the standards or requirements." Vilsack added, "So all of that, I think, justifies a review of the way in which CFAP is going to be administered."

The Biden administration froze payments under CFAP-AA just a week after outgoing Agriculture Secretary Sonny Perdue on Jan. 15 had updated payment calculations for a range of commodities and expanded eligibility for certain contract livestock producers, which included producers who raise broilers, pullets, layers, chicken eggs, turkeys, hogs or pigs under contract in 2019 and 2020. Iowa's congressional delegation on Wednesday also called on Vilsack to add custom cattle feeders to CFAP-AA.

Sign-up for CFAP-AA was supposed to end Friday, but Vilsack said USDA will extend the sign-up for that program during the current review.

"We want to make sure that, as we implement this next level of support, that we do so within the resources provided to do it in an equitable way and try to respond to some of the legitimate concerns that people have expressed about folks who have not been serviced by a previous relief package," Vilsack said.

After USDA makes its determination on how to go forward with CFAP-AA, Vilsack said, USDA will provide another 30 days for producers to sign up "once they kind of know the rules of the game, and what's in and what's out."

USDA continues to provide aid payments under CFAP-2, but sign-up for that program ended in December. As of Monday, CFAP-2 has paid out $13.2 billion.

Vilsack also talked about trade goals at USDA. Coming from a position as CEO of the U.S. Dairy Export Council, Vilsack said he has a better understanding of the importance of trade to agriculture. Expanding exports involves people in those potential markets promoting products and forming partnerships with various businesses and groups. He said the department, with the undersecretary for trade at USDA -- who has yet to be named -- will work more closely with the U.S. Trade Representative's Office to provide aid where needed.

While highlighting the importance of the trade relationship with China, Vilsack also added that the U.S. needs to "do everything we can to continue to look for other market opportunities for American agriculture."

Addressing climate change, Vilsack said improving research and expanding climate-smart practices are important for both markets and sustainability. But the secretary said it's also about helping provide more revenue to farmers. He noted nearly 90% of U.S. farmers make most of their income from an off-the-farm job. In both trade and climate, what matters is looking for new economic opportunities for income, he said.

"And that means doubling down on export markets, because that's important. It means creating new market opportunities, which is where the climate discussion comes into play," Vilsack said. He added, "That means support for local and regional food systems and creating additional market opportunities."

The Farmers to Families Food Box program is another mixed success story in aid that took surplus agricultural products during the pandemic and distributed them through USDA contracts to food banks. The access to fresh products in parts of the country was well received, but there were also areas of the country where food banks did not have the refrigeration or storage capacity for food boxes. There also were contracts where the amount of money paid for putting together those food boxes "was pretty significant," Vilsack said. There was a lot of imbalance between the charges around the country for the boxes, he said. The secretary suggested those concerns should raise questions about how the program was put together.

"How would you work this program in a way you make sure that the vast majority of the resources are not going for the administration of the program, but are actually going forward to purchasing the items that go in the boxes and getting as much food, good, nutritious food to people as possible?" Vilsack asked.

In dealing with USDA programs, Vilsack acknowledged the department has some challenges with its workforce and will "deal with the vacancies that have occurred in the course of the past couple of years." That includes keeping up with program demands at the Farm Service Agency (FSA), he said. He also mentioned Rural Development, the National Institute for Food and Agriculture (NIFA) and the Economic Research Services (ERS) as agencies needing to fill vacancies. Some of that could be addressed in the president's next budget request to Congress, he said.

"I think it's fair to say that there are a number of issues relative to our workforce that is going to require us to take a real good look at the allocation of personnel. And take a look at the budgets that folks have been operating under," he said.

Vilsack specifically highlighted unfilled positions at NIFA and ERS, two agencies which the Trump administration moved most of the workforce out of Washington, D.C., to Kansas City, Missouri. Vilsack did not mention returning those agencies to Washington, but he did note the need for qualified employees.

"There are quite a few vacancies there that I'm concerned about," he said. "Because those two entities are doing really important work from a science and research perspective, the data that's formulated and calculated and compiled by the IRS is really important. We rely on that data for making decisions. So, we want to make sure that we have adequate folks in all of those departments."

Vilsack also stressed in his call that President Biden's top priority remains to contain the pandemic. Rural America has been hit "in a very specific and hard way," Vilsack said. Coronavirus infection rates are as much as 14% higher in rural areas than in urban areas. With that, Vilsack announced $42 million in grants to expand telemedicine in as many as 38 states.

The secretary is still working from Iowa. Vilsack noted, "I just got my second (COVID-19) shot" and will soon begin looking to return to USDA's headquarters in Washington, D.C., though most people continue to work remotely.

While working from Iowa, the secretary said he is involved in a series of both external and internal meetings and calls.

"Obviously, we've learned a lot in terms of virtual working. I think we've had an opportunity to learn a little bit about what works and what doesn't work," he said. 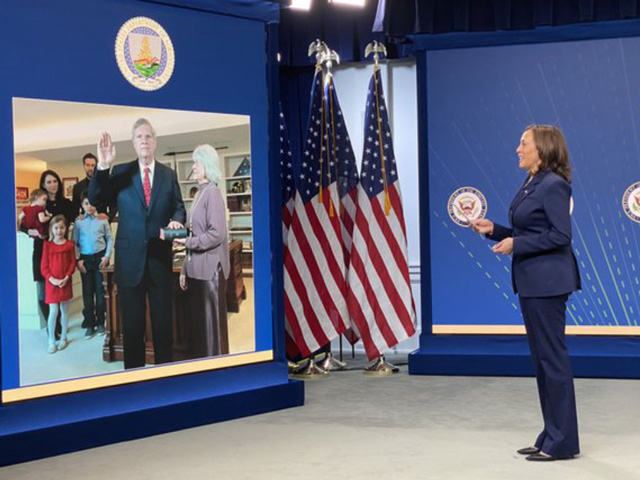