OMAHA (DTN) -- The last thing the world needs right now is another virus. But U.S. hog producers are facing another health challenge to their herds in the form of a familiar yet slightly different foe. The most recent strain (1-4-4) of the Porcine Reproductive and Respiratory Syndrome (PRRS) virus is nothing producers have not seen before with PRRS, but it is more dramatic, resulting in higher rates of hog mortality, according to swine veterinarians.

The new strain has only been around since last October and swine researchers don't have much information about how it operates. One thing they do know is biosecurity practices will be especially important as producers face this new PRRS strain.

Those were the high points of a Feb. 4 webinar addressing the PRRS strain 1-4-4 outbreak. The webinar was hosted by the Swine Health Information Center (SHIC) and American Association of Swine Veterinarians (AASV). (https://iastate.app.box.com/… NEW STRAIN, OLD SIGNS

There are several clinical signs of the 1-4-4 strain of PRRS, according to Dr. Paul Yeske, a veterinarian with Swine Vet Center located in St. Peter, Minnesota, and a presenter in the webinar. They include hogs going off feed, abortions, increased sow and piglet mortality, increased mummies of piglets, increased post-weaning mortality and slow growth of finishing hogs.

The virus tends to move through the herd quickly once clinical signs are seen. One day, only a few head might show some classic PRRS signs and then the next day, hundreds of hogs could have it depending on the size of the operation, he said.

The effects of the virus also seem to be more severe if complicated with another disease, particularly flu.

"Diagnostically, it has been easy so far to find it, with sow farms showing classic clinical signs," Yeske said.

This virus has been found over a fairly large geographic area, mainly southern Minnesota and northern Iowa, he said. The strain produces a lot of virus to spread and recent weather conditions (overcast and foggy) have been favorable for that spread.

In addition, the new strain has also been found in different production systems, he said. It has been seen in sow farms and grower and finishing facilities.

The clinical impact of 1-4-4 PRRS includes high numbers of lost sows and piglets.

Yeske said sow farms affected by this new strain have anywhere from four- to seven-weeks of production aborted.

Sow death losses have been 10% to 20% in some operations in a matter of a two- to three-week period.

In addition, weaned pigs in the nursery have seen extreme losses of anywhere from 50% to 80%.

Stephanie Rossow, a veterinarian and swine disease diagnostician for the University of Minnesota Veterinary Diagnostic Laboratory, said during the webinar that this strain is extremely aggressive. Farms that tested negative "for years" are now seeing the new strain.

Losses from the disease on many hog farms could be around 30%, she said.

"It has moved at will in some areas," Yeske said.

The 1-4-4 strain operates like other PRRS strains where there is a tough two- to four-week period with devastating losses followed by a time in which sows can return to normal.

The next litter then features fewer piglets born alive and more mummies, he said.

Yeske suggested producers review their herd biosecurity plans. This would include making sure practices are being carried out like they are supposed to be and, if possible, to improve on any weaknesses. This review needs to be done sooner rather than later, he said.

Producers need to ask themselves how likely it is for the virus to enter their herds during certain activities, and how many times a week do you do this activity, he said.

Daniel Linhares, an Iowa State University (ISU) Extension Veterinarian, said the 1-4-4 strain was first detected at the end of October 2020, but the strain has been seen in ISU research since at least 2006. A different strain, 1-7-4, has been more commonly seen after 2014 than this 1-4-4 strain.

The new strain is still a PRRS virus and a strong biosecurity system is the most important way to limit the effects of the virus, he said. 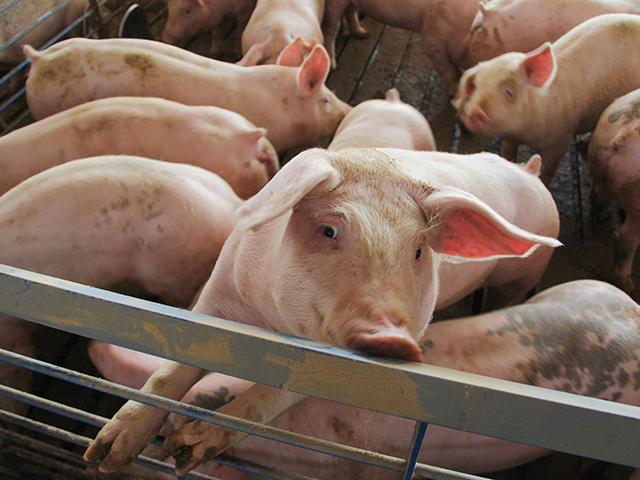