Looking back over the last year, I genuinely wonder how they will teach what happened with COVID-19 to the generations to come and how 2020 will be portrayed.

It's hard to look back and feel like the worst is over when we still have fellow citizens being plagued by the virus, an economy that is far from freely trading and loved ones that are still being compromised with the burdens of isolation.

However, as silly as it may be, with the dawning of a new year always comes hopeful aspirations.

Like every year, there's something just as sweet as Christmas candy that makes the market relish in sheer hope that a new year will deliver all the market's wishes. For some, sweet aspirations look like a country buyer rolling up in his cream-colored Cadillac to glance over pen 58, which is lined with fancy crossbred steers prime in their condition and the buyer saying, "how does $170 sound delivered this Friday?" Others dream about the first video sale of the summer, cattle buyers packed into a convention styled meeting room, phones ringing like crazy and the sweet vibrance of market competition rallying calf prices higher.

Some may chuckle and say, "dreaming is the easy part!" But isn't keeping a sense of humor one of the most important qualities that a seasoned cattleman feathers his hat with?

In my late-night readings, I stumbled across a quote from Barbara Stanny that we all may need to lean on while trudging through 2021. Her advice was "success rarely comes to the passive or pessimistic ... so, feel the fear, have the doubts and go for it anyway, because tough times are no time to keep a low profile and to be risk adverse."

I know that January has been disappointing to many. Cow-calf producers were met with mixed demand for feeder cattle and the fat cattle market hasn't seen strong acquisition from packers; in all reality, the year has come like a floundering fish for many.

Just as seasoned cattlemen remember the importance of a good sense of humor, they also know the value of timing in the marketplace.

The frustrating thing about the market's timing is that it rarely matches our timing. I have had a number of conversations in the last two weeks about "when" to market feeder cattle in the next two months. It's hard to make a marketing plan, let alone be malleable to the market's unexpected changes -- but hey, isn't that the cattle market?

As cattlemen, let's not throw in the towel and complain about the last three weeks. We've been gifted an opportunity to sharpen our skills and we'll come out of this challenge stronger than before if we stand strong and face the challenge head on. I understand that, for so many cow-calf producers, the challenge in marketing the last of your feeder cattle is the sheer essence of time and costs. It would be nice to simply get rid of the calves you have left to sell before calving season commences and the added cost of hay begins to add up.

I will naggingly remind you that the market likes to play a perplexing tune to the cadence of time. Looking down the road, I continue to be hopeful for the cattle market in the year to come for a number of different reasons.

Secondly, watching the dynamic of packers during the last three weeks has been incredibly interesting. It's vital to watch prices and how many cattle they procure week in and week out, but it's just as important to monitor when they are committing delivery for those cattle. For instance, last week's negotiated trade totaled 95,868 head; of that, 60,191 head were committed for delivery in the upcoming two weeks, while the remaining 35,677 head are scheduled for delivery sometime in the following 15 to 30 days.

As I mentioned earlier, it's easy to get discouraged after the last three weeks, but sharing once again Stanny's quote, "Success rarely comes to the passive or pessimistic ... so, feel the fear, have the doubts and go for it anyway, because tough times are no time to keep a low profile and to be risk adverse."

Let's continue to trudge through 2021, optimistically and ready to capture opportunity when it comes. 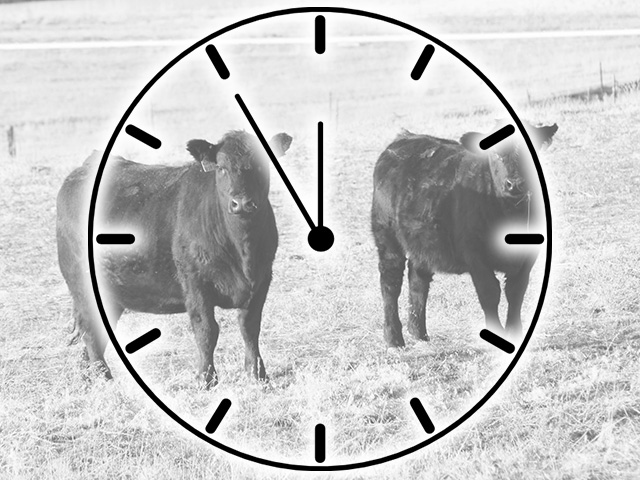