The Georgia victories by Ossoff and Raphael Warnock pushed the U.S. Senate into a 50-50 party split with incoming Vice President Kamala Harris serving as tie breaker. Democrats will hold the majority in both chambers of Congress and the presidency.

In the Senate, most legislation will still require 60 votes to move to a floor debate and final vote. That rule doesn't hold when it comes to nominations so Harris would be able to break any ties for nominees who do not have any GOP support.

Chris Gibbs, a west-central Ohio farmer, chaired Rural America 2020, which criticized Trump's trade and farm policies. Gibbs said he is optimistic about the Biden administration and his ability now to get nominees through Congress after they've undergone proper vetting. "We won't be hamstrung as a government because of nominees being held up," he said.

The incoming Biden team has been reaching out to people in agriculture. Michael Regan, the North Carolina nominee for EPA administrator, met virtually with 16 members of the Ag CEO Council earlier this week. The Biden transition team put out a news release about the discussion, stating the new administration "will work closely with agricultural producers to find practical, common sense solutions" to environmental and economic issues.

John Newton, chief economist for the American Farm Bureau Federation, told DTN the group is focused on working on agricultural priorities in a bi-partisan fashion. Trade remains a priority, and Farm Bureau delegates will meet next week to debate policy resolutions.

Democratic control of the Senate increases the chances high-income farmers could see their taxes raised. The Wall Street Journal said Thursday that losing the GOP Senate opens up that possibility.

Biden's plan before the election called for raising taxes on people with $400,000 or more in taxable income. For high-end earners, Biden's proposal would roll back many of the 2017 tax cuts signed into law by President Donald Trump. That would move the top rate from 37% to 39.6%.

A DTN analysis of recent tax-return data showed roughly 80,000 tax filers with farm income or losses could be affected by a $400,000 or higher taxable income.

Another big tax proposal would raise payroll taxes for earned income above $400,000. Currently, payroll taxes phase out for earners above $137,700 in income. Self-employed individuals, such as farmers, would pay the full 12.4% on those payroll taxes, but then deduct half -- 6.2% -- on their tax returns.

Biden's plan also called for raising the capital-gains rate from 21% to 28%. For people with more than $1 million in income, the Biden plan calls for treating capital gains as ordinary income as well.

Joe Stone, an executive vice president at Cargill, pointed to the incoming Biden administration and flipping the Senate as indications that low-carbon standards could become a bigger policy focus. Such policies also could put more pressure on commodity prices, he said. Cargill's customers that import a high volume of vegetable oil, for instance, are trying to assess the impacts of more oilseeds going for fuel.

"Low-carbon standards are gaining momentum and they have a lot of traction," he said. "I think it's going to create really strong demand growth that will eventually put pressure on those low-carbon fuels feedstocks, whether it's cooking oil and things like that, and then vegetable oil is absolutely going to be needed to fill in the feedstock supply gaps."

Most of the country, though, does not have a low-carbon fuels standard so assessing the possible consequences is in the early stages as well. "But in general, I think we all have to be optimistic about that demand and more optimistic about low-carbon fuel standards gaining momentum beyond the states of California and some of the other early adopters," Stone said.

Gibbs said a Democratic Senate would help advance some renewable fuel policies -- at least by assuring that any action by EPA would not be blocked through appropriations riders.

With a split Senate, a number of moderate senators could see profiles raised, including Sens. Joe Manchin of West Virginia and Jon Tester, D-Montana. That will tamper down some big legislative initiatives such as the Green New Deal.

"These are some of the people who are going to watch out for agriculture and agriculture's interests," Gibbs said.

Farm groups overall like the pathway the Trump administration has taken to use the federal rule-making process to dial back regulations against agriculture and other businesses.

Democrats can now use the Congressional Review Act, which would allow Congress to rescind any regulation or rule issued by the Trump administration going back to Aug. 18, 2020. The Union of Concerned Scientists states there are at least 51 final rules just within USDA that could be rescinded by a simple majority vote in both the House and Senate.

There are hundreds of other rules at other federal agencies that could be rescinded as well, including 172 at EPA. Over the past few months, EPA has finalized several rules involving pesticide exclusion zones, tolerances and approvals. EPA's new rules for dicamba use and limits on state bans also fall within the date available. EPA just completed a controversial rule that would limit the use of health studies when developing regulations that likely would be a target for the Congressional Review Act.

The Department of Labor also late last year adopted a rule that froze wages for H-2A guest workers for farms that caused an uproar among farm labor advocates.

Ricardo Salvador, director of the Food and Environment Program at the Union of Concerned Scientists, said there are a lot of possibilities to use the Congressional Review Act, but that doesn't necessarily mean it should happen. "You can bet it is an item of discussion among all of the advocacy groups is whether to press the administration on using the CRA," he said.

Before Trump took office in 2017, the CRA had been used just one time. But a GOP Congress in 2017 overturned 16 rules from the Obama administration. Salvador said a lot of questions were raised at the time over whether it was appropriate to readily overturn agency work in that way.

"One of the things we really prioritize here at UCS is the integrity of the democratic process, which means to us it's a very serious thing to reverse decisions of the prior administration using the CRA," Salvador said. "And we haven't completely made up our minds on that. So that's kind of a hot conversation we're having right now." 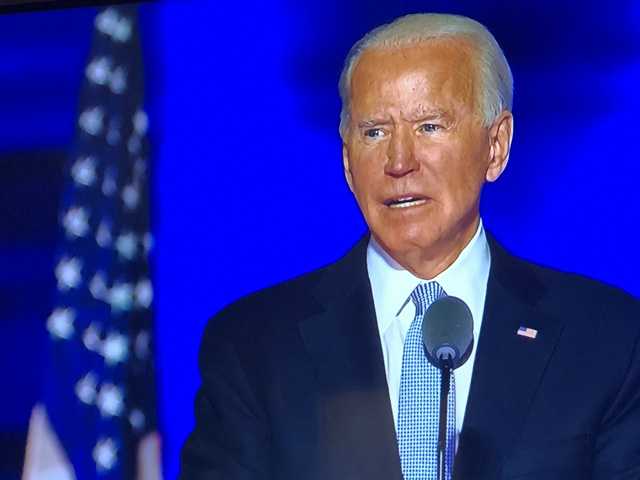