OMAHA (DTN) -- Cow-calf producers need to fully examine how much they can afford to pay for replacement heifers. The heifer's value is based on her ability to stay in the herd and the producer's ability to manage that productivity and control costs.

These were some observations from a recent University of Nebraska-Lincoln (UNL) Extension BeefWatch Webinar titled "Pricing Replacement Heifers." Nebraska Extension Educator Randy Saner, based in North Platte, hosted the webinar.

There are four main factors that affect the value for purchased or retained replacement heifers, according to Saner.

The first is longevity, as the replacement heifer needs to stay in the herd as a productive unit. If you have to sell her early, you are going to lose money, he said.

Second is costs versus value -- both current and future expected differences between costs and returns. This includes the calf price plus the cost difference over the heifer's productive life.

Another factor affecting the value of purchased or retained heifers is genetic and phenotypical compatibility with herd mates. Having a herd of similar cattle allows the producer to be more efficient compared to having many different breeds of cattle, Saner said.

The final factor is the operator's goals and management style. Cow herds in eastern Nebraska have more access to corn and stalk residues to graze than herds in western Nebraska. This will affect how producers operate their business, he said.

"As you can see, (with) the higher replacement rate, you can't afford to pay as much as the lower replacement level," Saner said.

Increasing productivity without altering costs or changing the replacement rates will increase the amount that can be paid for the replacement animal. Productivity changes can include calving rates and calf growth rates, he said.

Higher prices lead to higher break-even points while lower prices lead to lower break-even values. This may seem obvious, but Saner wants producers to remember it is complicated by a heifer's productive life which can span a decade and during this time span cattle prices can vary considerably.

Saner said differences in cattle prices can alter how much you can afford to pay for replacement heifers significantly.

Higher cattle prices doubled the purchase price of replacement heifers these low-cost producers could afford to pay, he said. Buying heifers when cattle prices are in the lower range would be a good buying strategy.

Saner said an economically successful producer buys or raises replacement heifers for no more than what is needed in net returns over its lifetime. Holding costs lower benefits cow-calf producers, he said.

"Low cost, low replacement herds can afford higher-valued replacement heifers and they can replace capital faster in their operations," he said.

The UNL Beefwatch webinar on replacement heifers can be viewed at https://www.youtube.com/…. 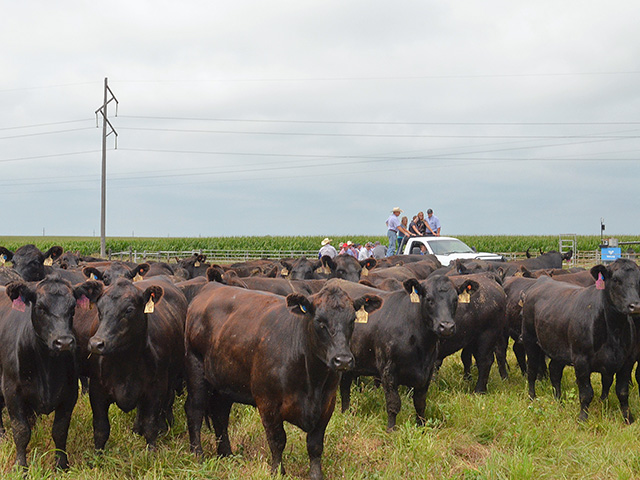