OMAHA (DTN) -- While livestock producers might be seeing tight margins and packer profits remain strong, USDA on Thursday issued a final rule in a long-standing political fight over how to define unfair practices under the Packers and Stockyards Act.

The battle over defining "undue or unreasonable preferences" for meatpackers goes back a dozen years to the 2008 farm bill. The act required USDA to write a rule addressing problems with fair practices for meatpackers. A 2010 proposed rule under the Obama administration was frozen until 2016 after a new Congress effectively blocked USDA from moving forward every year in appropriations bills. The Obama administration proposed a second rule just before leaving office, but work on that bill was suspended early in the Trump administration, and work began again on different interpretations of undue preferences for packers.

Since then, USDA's Grain Inspections, Packers and Stockyards Administration has been split up into separate divisions of the Agricultural Marketing Service.

USDA on Thursday released a final rule that will be published in the Federal Register on Friday. Under the new rule, USDA will consider four specific criteria when deciding whether a packer, hog contractor or live poultry dealer has given undue preferences or advantages to a particular farmer or livestock producer. For instance, USDA would consider whether a preference or advantage in buying livestock can or cannot be justified on the basis of dealing with different producers or meeting a competitor's price. Also, preferences cannot be justified based on meeting other terms offered by a competitor. And preferences must also be justified as a "reasonable business decision."

The rule does provide USDA the flexibility to look beyond the four criteria if other clear reasons for undue preferences or advantages are apparent.

USDA also stated in the Federal Register notice that the department seldom finds "undue or unreasonable preferences or advantages" when the department investigates complaints against packers.

The North American Meat Institute stated the rule "recognizes the importance of marketing agreements and other similar tools used by producers and packers and provides some guidance and clarity regarding the criteria the Secretary will consider when reviewing the use of those tools. This rule also, however, introduces some uncertainty into the use of those tools by allowing consideration of other, undefined, factors," said Meat Institute President and CEO Julie Anna Potts. "We will move forward and continue to work to ensure livestock producers have a variety of tools available to market their animals and to ensure meat and poultry markets remain competitive."

Groups such as R-CALF USA, the U.S. Cattlemen's Association and the National Farmers Union were a bit harsher in their assessments.

Bill Bullard, CEO of R-CALF USA, said the rule comes at a time when cattle producers faced a wide disparity with the concentrated packing industry. Instead of giving producers protections, Bullard said USDA provides packers "with a list of 'safe harbors' to employ anytime they face a producer's allegation that they have violated the undue and unreasonable preference section of the (Packers and Stockyards) Act."

Producers will be faced with having to prove a packer does not qualify for the various safe harbors, Bullard said. He said R-CALF USA will ask the administration to rescind the rule and ask Congress to intervene.

Jess Peterson, a lobbyist for the U.S. Cattlemen's Association, said the group believes there is a need to properly define anti-competitive buying practices but that "this final rule falls short." However, it does leave the door open for future rulemaking in this area. USCA hopes future progress is made in addressing anti-competitive practices both within corporate feedyards and the meat packers.

Peterson noted USDA issued a set of recommendations over the summer that have been incorporated into the Cattle Market Transparency Act of 2020. He said that effort, along with the 50% negotiated cash-trade proposal in Congress, are both needed to level the playing field for U.S. cattle producers and independent cattle feeders.

National Farmers Union stated the new rule "not only fails to defend farmers -- it also shields corporations from legal challenges" for discriminatory actions.

"Farmers have been practically begging legislators to balance the scales and protect them from predatory practices -- but, for some reason, their pleas have been all but ignored," Larew said. "Rather than offer farmers the very basic safeguards they've been asking for, USDA's rule will inexplicably offer even more power to meatpackers, further tipping the scales in their favor."

Larew said NFU would call on the Biden administration to reverse the rule and replace it with one that actually protects farmers from unfair, deceptive and discriminatory practices.

Several members of Congress introduced bills that would require packers to report the details of contract sales, for instance. Other bills also would mandate minimum weekly cash market sales for cattle producers. Still, the Senate and House Agriculture Committees did not hold hearings or advance any reforms or updates to the Mandatory Livestock Price Reporting law but instead opted for a short-term extension of the current law.

In 2016, former Agriculture Secretary Tom Vilsack introduced a string of "Farmer Fair Practice" rules just over a month before leaving office. That included a rule preventing packers from providing undue influence in marketing contracts and ensuring packers could not retaliate against producers for showing a contract to legal counsel.

At the time, the National Pork Producers Council called the package of rules "an apparent attack on rural America for its role in helping elect Donald Trump as president." The president of the National Cattlemen's Beef Association at the time said cattle producers "don't appreciate Secretary Vilsack throwing a grenade in the building as he abandons it."

Both NPPC and NCBA congratulated Vilsack on Thursday for being nominated by President-elect Joe Biden to return to USDA. 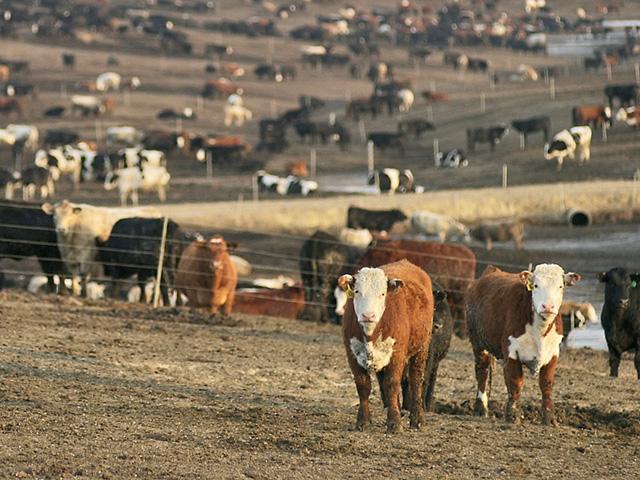