OMAHA (DTN) -- Bitterly cold conditions and some rain and snow during the next six days will stall harvest and cause much stress to livestock in the Great Plains region. Overnight temperatures during the weekend into the beginning of next week could fall into the single digits Fahrenheit in northern areas of the Plains.

According to the National Weather Service (NWS), the storm crossing the Plains will produce snow from the Northern Rockies to the Upper Great Lakes. Up to 6 inches of snow could fall over parts of the Upper Mississippi Valley.

"The winter weather will produce hazardous driving conditions with slippery roads and increased stopping distance along with other hazards," the NWS Short-Range Forecast Discussion stated Thursday.

A strong area of high pressure will build over the Plains, and this high will stream cold continental Canadian air into the Plains with high temperatures reaching 10 to 30 degrees F below average. Temperatures over the eastern third of the country, on the other hand, will be anywhere from 10 to 25 degrees F above average.

The wintery weather will affect both the Northern and Southern Plains in the coming days, according to DTN Senior Ag Meteorologist Bryce Anderson.

Very low temperatures for the season are expected in the Southern Plains during the next six days. There will also be rain developing in portions of the region, notably in central Oklahoma and south-central Kansas.

"The cold pattern may be stressful to early developing winter wheat," Anderson said.

The Northern Plains will also see extremely cold conditions in the coming days along with snow. Overnight temperatures in the region are set to plummet into the single digits Fahrenheit, he said.

"My opinion is the stress to livestock will be greatest in the northwest Plains (west of the Missouri River as you cross the Dakotas) because of the temps either at or possibly below zero with subzero wind chills," Anderson said. "There may be stress to feedlot cattle in the Southwest Plains because of the conditions."

One critical element to any winter storm is the question of when cattle begin to feel cold stress. Several variables factor into whether cold conditions will affect cattle, according to a recent post titled "How Does Cold Stress Affect the Energy Needs of Cattle" from South Dakota State University Extension (SDSU) (https://extension.sdstate.edu/…).

SDSU Extension Beef Feedlot Management Associate Warren Rusche wrote that both the actual temperature and the wind speed interact to determine the effective temperature. Any kind of available protection, whether natural or man-made, can be valuable in reducing wind chill and the negative effect of cold environments.

The point of cold stress, or lower critical temperature, depends on large part on the amount of insulation provided by the cattle's hair coat, he wrote.

The critical temperature for dry, winter coat on cattle is 32 F, while the dry, heavy winter coat is 18 F. The dry, fall coat, however, is 45 F.

"That energy requirement jumps up to about 40% higher under those conditions if the hair coat is completely wet or matted down with mud," Rusche wrote.

The cold conditions in October when fall grazing is still happening will affect the plants being grazed. There are several issues that could occur during fall grazing, according to a news release from North Dakota State University (https://www.ag.ndsu.edu/…).

Producers can avoid bloat issues by ensuring cattle are full of dry hay before allowing them to graze and by delaying turnout until pastures are dry after dew or rain. Monitoring animals every two hours after turnout is also important.

Grass tetany is a potentially fatal condition in beef cattle caused by a magnesium and calcium deficiency combined with high levels of potassium.

Another potential issue with forages after a freeze is toxins being released in cover crops and small grains. This includes prussic acid poisoning, nitrate toxicity and sulfur toxicity.

Prussic acid is a concern with sorghums and sudangrasses. Other similar plants, such as pearl and foxtail millet, do not have toxin issues.

Livestock eating recently frozen sorghums can get a sudden, high dose of the acid and potentially die. Producers can avoid this issue by waiting three-to-five days after a freeze before allowing their cattle to graze sorghum.

Last October, DTN wrote another story on this subject when another winter storm was bearing down on the Northern Plains. You can see it at: (https://www.dtnpf.com/…). 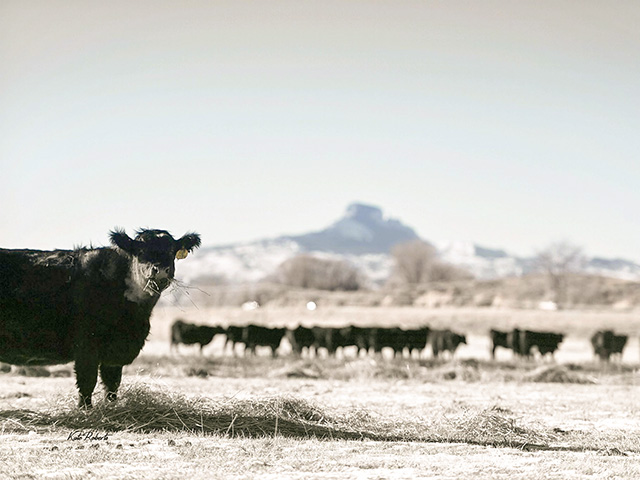