OMAHA (DTN) -- The pork industry in the United States is getting ready to release a volunteer "contract tracing" program for hogs that the industry hopes would stave off an export and supply crisis should a viral disease for swine show up in the U.S.

As the global pork industry watches Germany from afar, the U.S. Pork Checkoff has focused attention on ways to enable regional pork sales and provide the tools necessary for state and federal veterinarians to keep hogs and pork moving should a disease such as African swine fever (ASF) hit the U.S. as well.

The National Pork Board in early November will roll out a new software program called AgView, created through checkoff dollars, that will work with pork producers, USDA and state veterinarians to track hog movement from farms to processing plants. AgView would essentially operate like contact tracing for pigs.

Privacy has often been a concern among producers entering records into a shared database. Bill Even, CEO of the pork board, said the program itself would not be controlled by the checkoff, but held by an outside third party in a secure database. Producers would enter their swine herds and movements using their premise ID numbers, because the industry moves its animals in groups.

African swine fever globally has been a game-changer. The disease is both highly infectious and deadly to swine, though it poses no risk to human health in the food supply. Still, a single case can paralyze and decimate a country's hog industry.

If there is a foreign animal disease such as African swine fever diagnosed in the U.S., producers could go into AgView and immediately give their permission to share movement information with their state veterinarians. This ability will accelerate the process of determining where hogs have been, what has been their movement and if the hog herd might have come into contact with any infected animals. It will help state and federal veterinarians speed up the release of quarantines and movement of pigs that show no contacts in infected areas.

"If I can show animal health officials I've got negative tests for African swine fever, and my pig flow movements are not in the area that's being impacted, I may be able to more quickly request the essential release from the government to say I can move my pigs," Even said.

"Without producer data voluntarily entered into this system, it will do us no good," Pyburn said. "And the more producer data there is, the stronger case we will have to make one for restarting domestic movements and then, two, getting back into that global regionalized trade."

What this builds up to is that a robust industry database in AgView provides the ability to demonstrate to major trading partners such as China, Japan, Mexico, Canada and South Korea -- which make up about 85% of U.S. pork exports -- that pork plants are receiving hogs from regions where no positive ASF cases have been discovered. U.S. trade officials would push the case for reopening U.S. pork trade on a regional basis or specific packing plants to get trade moving again.

"The quicker we can get pork moving back into commerce and provide assurances to our trading partners, the less financial pressure would be applied to our industry," Even said. "Ultimately, the National Pork Board, USDA, state vets and producers will all need to work together for the benefit of the pork industry."

Going a step further would be to avoid immediate outright national bans. At the moment, countries make regionalization approvals on a case-by-case basis, which happened for the poultry industry during the avian influenza outbreak in 2015. Even said the pork industry would like to see the U.S. work on regional agreements before any possible outbreak.

"What we really need is to provide the scientific basis that allows the trade negotiators to build out our regional agreements with our key trading partners," Even said.

Germany has now found at least 49 cases of African swine fever in its feral hogs since the first announcement Sept. 10. All of the cases in the country have been wild hogs near the Polish border -- away from Germany's major pork-production region. Still, China immediately banned German pork, which accounted 18% of German's pork exports in 2019, and 30% of export sales during the first five months of this year, according to the American Farm Bureau Federation.

"If you look at what happened in Germany, literally within 24 hours, their industry lost over a $1 billion from the finding at the time from one wild boar in far eastern Germany, and they did not have it in their commercial herd," Even said. "But their pork producers have now taken a terrible financial beating."

So far, African swine fever has been a boon for U.S. pork exports. As China still grapples with the disease, the country has lost half its hog herd, or roughly one-fourth of the entire world's swine. That drove up U.S. pork exports in the second half of 2019 to China that carried over into 2020. U.S. pork exports to China and Hong Kong for the first half of 2020 were nearly $1.2 billion, up 317% from the same period a year ago, according to the U.S. Meat Export Federation.

WHAT HAPPENS IF HITS U.S.

All of that could be quickly wiped off the board. Dermot Hayes, an agricultural economist at Iowa State University, forecast earlier this year in a study that an African swine fever outbreak in the U.S. would cost the pork industry at least $15 billion during the first two years. Most exports would be lost, and live hog prices would fall 40% to 50% immediately. The ripple effect would hit the feed commodities hard as well, Hayes' report stated.

"The impact would be similar to what happened with the cow that stole Christmas with BSE (in 2003)," Even said.

The fact Germany's industry got shut down by cases in wild boars also leads to the recognition the U.S. has a significant problem with feral hogs.

USDA now estimates feral hogs can be found in as many as 35 states, and the population is estimated at 6 million wild hogs. Texas A&M estimates there are 2.6 million feral hogs in Texas alone. Even notes that to begin effectively controlling feral hogs is going to take significantly more money and effort.

In Belgium and Germany, the national governments have brought in the military to try to control the wild hog populations and migration.

"In Germany, they are going to extraordinary lengths," Even said. "They have the army out there. They are putting in enhanced fencing. They're flying helicopters and using night vision. They are pulling out all of the stops to try to manage this wild hog population in eastern Germany."

Vaccines are another area the pork industry is watching closely. Pyburn said researchers at USDA's Animal Disease Center on Plum Island, New York, have a promising candidate based on some of the studies done at Plum Island. The trials show the drug protects against infection to the point animals do not get the virus nor do they shed the virus, Pyburn said. The research, though, is costly to scale up, he said.

"What we need to happen with this USDA candidate is we need some private entities to come in that have the product research and development dollars and take a look at this," Pyburn said, adding the checkoff doesn't have the kind of resources needed for that.

The Pork Checkoff has funded a study to see if the Plum Island drug can be lyophilized -- that is, turned into a powder that enables the vaccine to be stored for a longer period of time and not necessarily need refrigeration, Pyburn said.

Reports also keep coming out of China about possible vaccines, but Pyburn cautioned about putting too much stock in those reports.

"There are a number of purported vaccines that are out there in China in the use in the field, but the veterinarians I have talked with have not actually gone in and taken a look at what's happening with these vaccines," Pyburn said.

He added, "But there's a lot of speculation that it's probably not going very well. With controlled ASF virus within that vaccine, you want to be careful that by grabbing one of those vaccines you're not actually bringing the disease into your herd. So, I take a lot of those reports from China on vaccine development with a grain of salt."

The National Pork Board information on African swine fever: https://www.pork.org/… 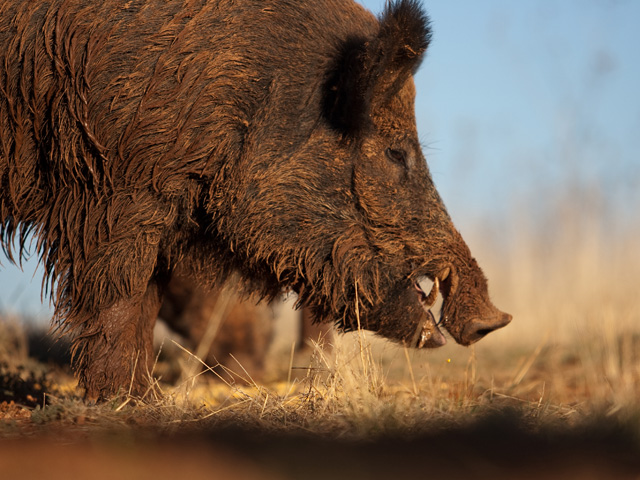