OMAHA (DTN) -- There are many advantages to planting cover crops but one often overlooked area is making better use of nutrients in the soil. The additional fertilizer salvaged from the soil goes into the equivalent of the soil's bank account, which can be used later when it is needed.

This subject was among the issues discussed in the Iowa Learning Farms Cover Crop Bootcamp on July 22 titled "Conservation Agronomy of Cover Crops: Start to Finish" https://vimeo.com/…

This was the third of three webinars discussing the ins and outs of utilizing cover crops.

Planting cover crops can make better use of nutrients that are not available when there is nothing growing. In a webinar, Eileen Kladivko, Purdue University Agronomy professor, said cover crops can aid in the nitrogen recycling process.

"Cover crops grow and take up nitrogen during the normally fallow season," Kladivko said. "This would shrink the 'brown gap' and keep the land green for a longer time."

Legume cover crops, such as clovers, hairy vetch and cowpeas, biologically fix nitrogen. The question is, how much is fixed, how much is released and when this happens, she said.

Non-legume plants, such as annual cereals, ryegrass, brassicas and mustards, pull nitrogen from the soils. Again, the question is how much nitrogen is trapped, how much is released and when does this occur?

Kladivko said among the most popular plants utilized in cover crops are cereal rye, annual ryegrass, wheat, oats, barley and triticale. The amount of biomass produced is key to nutrient uptake and these plants produce good stands with rapid growth, she said.

When high carbon residues, especially those from non-legume cover crops, are added to the soil, soil nitrogen is immobilized (tied-up) for some time before mineralization (the release of nitrogen) happens. With lower carbon residues from legume plants there is no immobilization time and the release of nitrogen can occur in a relatively short period of time, she said.

Kladivko said carbon to nitrogen ratios wider than 25:1 cause nitrogen immobilization, which temporarily locks up nitrogen. When microorganisms die, the organic nitrogen contained in their cells is converted by mineralization and nitrification to plant-available nitrate (http://cceonondaga.org/…).

Organic residues will have different C:N ratios. For instance, a vegetative rye cover crop ratio is 26:1 while a hairy vetch cover crop will have 11:1 C:N ratio.

If you are using cover crops with wide C:N ratios, she recommended allowing more time for decomposition before high nitrogen-using crops such as corn are planted. In addition, Kladivko suggested to apply extra starter nitrogen and don't utilize cover crops with high C:N ratios before going to corn.

GETTING STARTED IN FIVE STEPS

Kladivko said one question she gets is how to get started using cover crops. There are many options for species and management and sometimes the amount of information can be overwhelming.

There are many resources available for different cover crop "recipes", she said. The Midwest Cover Crop Council (MCCC) has a "getting started" tab on their website (http://mccc.msu.edu/…) and Iowa State University Extension has several publications available on how to start with cover crops, including CROP 3158 and CROP 3159.

For farmers who want to try cover crops, Kladivko suggests a five-step, two-year plan for a corn-soybean rotation.

The first step would be to plant cereal rye into corn stalks in the fall. Cereal rye can be planted late and is one of the most winter-hardy of the covers, she said.

Kladivko said step two would be to terminate the crop the following spring.

The preferred option is to spray the crop two weeks before planting or when cereal rye is 6 to 12 inches tall, she said. This way the covers are dead and there is less residue to plant through, she said.

Alternative methods in wet field conditions would be spraying to kill the covers immediately before or after planting.

Step three would be to no-till soybeans into the cereal rye. Kladivko said one consideration would be to think about planting a shorter season bean variety to provide more time in the fall for the next cover crop.

Step four would be to plant cover crops, such as oats or daikon radish, that winterkill after a freeze and before planting the next spring. The advantage of going with a crop that winterkills is there would be no termination timing issues the next spring before step five, which is to no-till plant corn into dead covers.

"We recommend more starter fertilizer maybe 30 to 50 lbs. actual nitrogen per acre to be used at planting as there could be some nitrogen tie-up issues from the dead oats," she said. "You put more on at planting and then maybe less at side dressing time." 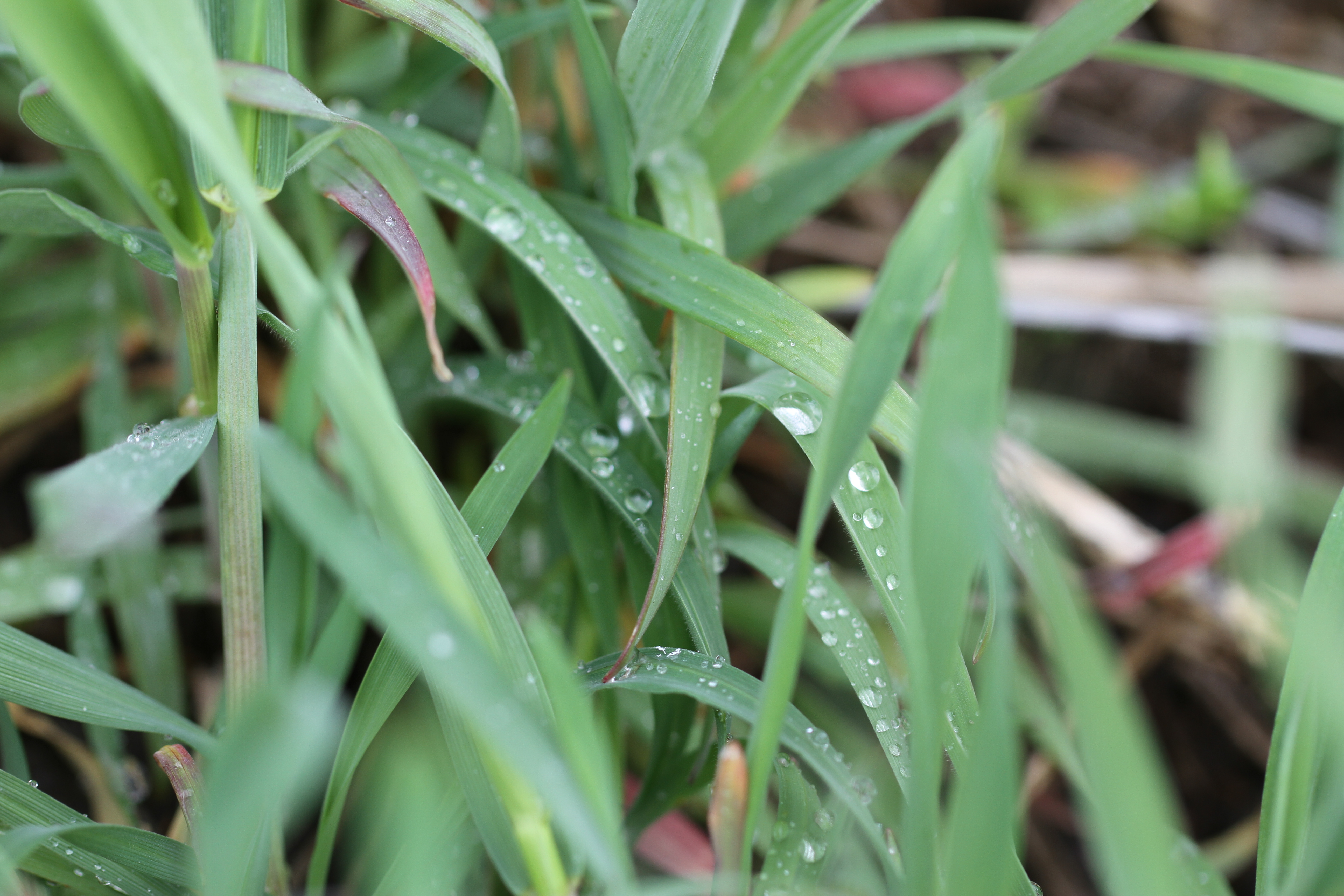