GLENWOOD, Iowa (DTN) -- Despite the kickoff this week of enrollment for a USDA coronavirus aid program, leaders from the National Pork Producers Council on Thursday called on the U.S. Senate to "act quickly" with another aid package that would compensate producers for losses from euthanizing hogs.

Leaders from NPPC thanked USDA for roughly $1.6 billion in expected payments to hog farmers under the Coronavirus Food and Assistance Program. Still, pointing to projected losses in the $5 billion range and no payments for farmers forced to euthanize animals, the CFAP "falls short of what is needed to sustain thousands of impacted producers," said Howard "AV" Roth, a Wisconsin hog producer and president of NPPC.

Roth pointed to provisions in the "Health and Economic Recovery Omnibus Emergency Solutions" bill, or "Heroes Act," that passed the House earlier this month. The Heroes Act provides aid without traditional payment-limit restrictions, which Roth said would provide relief to farmers who most heavily invested in large-scale pork production.

The Heroes Act amends the Commodity Credit Corp. charter to allow paying farmers for euthanizing animals in a crisis situation. The challenge with the legislation right now is that that bill was written and passed by House Democrats, and Senate Republican leaders have insisted they will not take it up. The Senate returns to work next week, and it remains to be seen if senators will take up another aid package.

"We and other people think there is going to be another COVID bill, and there should be," said Nick Giordano, vice president and counsel for global government affairs at NPPC.

Mike Paustian, an Iowa hog producer and president of the Iowa Pork Producers Association, said he is concerned that, as grocery shelves return to normal for consumers, that will lead people to think farms also are getting back to normal.

"That is what I see as one of the dangers right now," Paustian said. He added, "We're left with a mess on our farms that is going to take a long time to work through. And that just makes it difficult for farmers to make any plans whatsoever."

Paustian said farmers who are being forced into euthanizing animals right now are not only not getting paid for the animal, but also are incurring cots for destroying the animals and disposal.

"That's just such a devastating blow emotionally, but also financially," Paustian said. He added, "We need to throw a life-line to these family farms and help them get through this."

Farmers on a cash-type of bidding system for hogs are losing $60 to $70 per head right now on their sales. The situation is such that even large multistate hog producers such as The Maschhoffs are now offering "pig purchase programs" selling live animals for $100 a head.

Chad Leman, a hog farmer from Eureka, Illinois, said the decision to euthanize is one every farmer is pushing back as long as they can to buy time. Leman said his operation currently is backed up with more than 4,000 hogs that should have gone to processing by now. Both packers where Leman typically delivers hogs are running about 75% of their usual capacity right now, he said. Leman said he also is trying to shield employees from the decision to euthanize as well.

"It goes against everything they have been trained in taking care of pigs," Leman said.

Pork producers also are concerned that an animal-activist group in Iowa is preparing to release a video showing hogs being euthanized.

NPPC leaders said they did not have a specific projection on the number of hogs that are backed up on farms, but a private industry estimate earlier this week from pork industry economist Steve Meyer projected more than 2 million head are backed up right now.

Earlier Thursday, Iowa Agriculture Secretary Mike Naig estimated roughly 600,000 hogs alone are backed up in Iowa. Packing capacity is still significantly below normal in the state, Naig said at a press briefing. Iowa officials have announced this week a $24 million program in the state to help farmers dispose of livestock, but Naig also called on some federal aid to compensate for the loss of those animals.

"This challenge will only continue to build until processing capacity is back to full strength," Naig said.

Packing plants and their communities also continue getting hit with a high number of COVID-19 cases. Iowa officials confirmed Thursday that a spike of confirmed coronavirus cases in Storm Lake, Iowa, in just the past few days is tied to more than 20% of employees at a Tyson Foods pork plant -- 555 out of 2,500 or so workers -- who had tested positive. Tyson had stated to DTN on Wednesday that the company was working with local health officials on large-scale testing at the plant.

Also Thursday, the United Food and Commercial Union, along with farmers and ranchers from multiple Northern Plains and Western organizations called on packing companies and the Trump administration to add further protections for meatpacking workers, which includes further testing at plants, more access to protective equipment and slowing the speed on processing lines. The union cited there have been at least 44 meatpacking worker deaths from COVID-19.

Pork producers also are not the only group turning to Congress looking for another boost in aid. John Newton, chief economist for the American Farm Bureau Federation, said Thursday on the radio show Adams on Agriculture that AFBF would like to see the Commodity Credit Corp. borrowing authority raised from $30 billion to $68 billion, a level where the CCC would be if it had kept pace with inflation since the 1980s.

"That'll give the department the type of financial resources they need to help producers, especially if we see this phase-one trade deal with China hit the stumbling block," Newton said.

AFBF has not come out with its own total estimate on damages, but Newton cited a conversation with an economist at FAPRI projecting agriculture as a whole could see as much as a $50 billion decline in cash receipts.

"So I think that the damage is in the tens of billions of dollars for this year and next year. That's why more support is needed," Newton said. 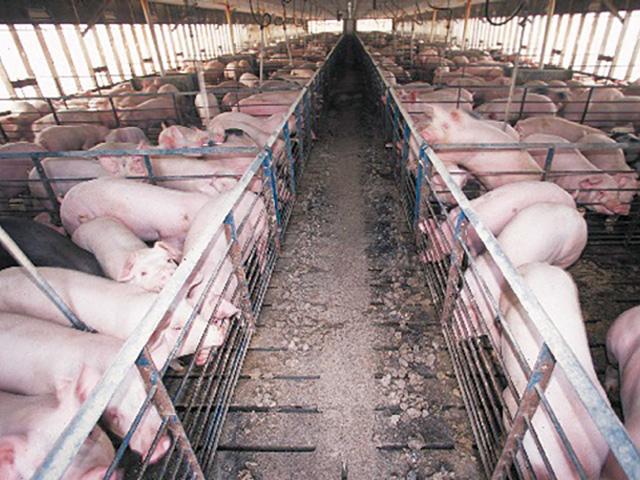