Like a cork in a bottle, packer shutdowns have stopped, or at least seriously slowed, the flow of meat to U.S. consumers. Those impacts are now being projected to reach throughout the rest of the year.

What many would consider a wrecked season for livestock producers, won't necessarily mean large-scale meat shortages at the consumer level. The real pinch, as many already know, is on the farm side, said Jayson Lusk, Purdue University agricultural economist.

In a follow-up to Purdue's Center for Commercial Agriculture's webinar, "COVID-19's Impact on U.S. Food and Agriculture," Lusk spoke to this editor about what he's seeing in today's livestock markets and addressed concerns that packer shutdowns could lead to serious meat shortages.

Lusk noted new baseline projections from the University of Missouri's Food & Agricultural Policy Institute (FAPRI) anticipate marked declines for livestock and milk prices this year, as a result of the COVID-19 crisis.

Making matters worse, at presstime, Lusk noted 4 pork plants were closed, including the most recent, a Tyson Foods pork plant at Waterloo, Iowa. Together, the agricultural economist estimated the closures represented about 15% of pork capacity. While this latest closing was a blow to the industry, cold storage numbers available for pork were actually showing higher levels than existed the last 3 years.

"On the consumer side, based on that, I think we are okay as long as another plant doesn't go down, or the plants don't have to stay closed longer than we anticipate," Lusk said. He added the situation is similar for beef. While processing capacity is down, scarcity at the retail level is not yet an overwhelming issue. Part of that is because demand has fallen for beef, along with away-from-home sales and diminished export projections.

The outlook was more negative in a press conference focused on the importance of food workers, and specifically meat packing plant employees. Leadership for the United Food and Commercial Workers International Union (UFCW) stressed a belief that food shortages are a very real possibility moving forward.

estimated just a two-week stockpile of meat existed in the U.S. He added he believes in coming weeks and months livestock producers will hold back production to try to push prices up, likely making some meat products more scarce at certain times, and locations, throughout the year.

Perrone added they were hearing reports of farmers euthanizing piglets, destroying eggs and holding back cattle. He blamed the government for not being more proactive, and the USDA for issuing an unprecedented number of waivers for line speeds at plants.

"Our message is this," he challenged. "Unless immediate changes are made, America's food processers and meat packing workers are in danger, and so is America's food supply."

He added 10 deaths have been documented as a result of COVID-19 in meat packing and food processing plants, and that over 5,000 workers have been sick or exposed to the virus.

Perrone said the UFCW sent letters to the USDA, Vice President Pence and the White House Coronavirus Task Force, all urging immediate action to help workers. Specifically, the UFCW wants to see its workers (as well as those at non-union plants) prioritized for COVID-19 testing, given access to personal protective equipment (PPE), see an immediate halt on line speed waivers, be assured plants will manage social distancing, and isolate any workers who show symptoms and/or test positive for COVID-19.

As those in agriculture face challenges, Lusk stressed it is going to be difficult to find any, one answer that will help all sectors. Some will simply be better able to respond than others. Poultry, for example, will likely be in the best position to be able to pivot and react to changes due to the high level of vertical integration within that industry.

"There have been some plant closures that effect poultry producers, no doubt," said Lusk. "But we need to remember that the biology lags are much shorter in the poultry industry. You're looking at an average life of 49 days from the time a chick hatches till it's on the way to the grocery. Integrators have more ability to coordinate across the sector, so they will be able to more quickly respond and recover from large market events like this."

For pork and beef producers, there are a lot of limited options, but none large-scale enough to help everyone.

"We have those outside-the-box approaches, like consumer direct sales, moving to different supply chains and maybe using smaller processors or packers," said Lusk. "All of these are limited. Part of this is just going to be managing through the pain. We can keep animals on feed longer, but there are limits to that too."

In the case of pigs, the National Pork Board reports market weights for pigs are 280 pounds. The maximum weight a pig can still be processed at most facilities is around 350 pounds. What happens when animals go beyond that? At a certain point, producers may have nowhere to put the animals and euthanasia becomes a real possibility.

On the cattle side, Lusk noted, there are more options. Stockers and backgrounders may be able to leave animals on pasture longer. Feedlots may be able to increase some stocking density, and/or change rations to slow down growth.

"Let me say none of these are ideal, but there may be ways to ease the pressure," he said. "At the end of the day there are really no easy answers for anyone."

Lusk concluded, it's important to recognize that while a steer or a pig represents one animal, there are several different primals that make up a carcass, and all of them are being received differently by the market now. He said the differences are largely tied to what consumers tend to buy to eat at home, and what they buy when eating out.

Looking at beef, for example, Lusk explained there are seven primary anatomical regions, also known as "beef primals". One of those is the chuck, about half of which goes to ground beef and the other to roasts. The rib and loin primals include steaks. Prices for round and chuck have increased more than 40% since March; while loin prices fell about 9%.

"We apparently eat more steaks when we have the money and ability to eat away from home," he noted. "We can see a similar story for pork. All pork isn't created equal. The prices of bellies and hams fell more than 50% before recovering somewhat. Bellies, of course, are the source of bacon. Apparently, bacon is eaten much more away from home than at home." 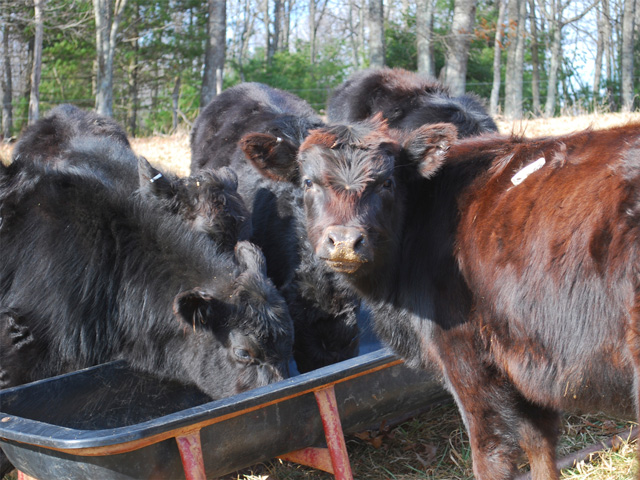