The bill, introduced by Rep. Dina Titus, D-Nev., mirrors a Senate bill that would prevent checkoff programs from contracting with groups that engage in policy or may have conflicts of interest "or anticompetitive activities that harm other commodities." The bill would also require a more detailed record release of budgets and fund disbursements by checkoffs, as well as submit to periodic audits from USDA's Inspector General.

"The USDA's checkoff programs have operated without sufficient oversight for far too long -- and this legislation will bring much-needed accountability and transparency," Titus said in a news release. "Family farmers should not be forced to pay into organizations that sometimes lobby against their own interests and threaten animal welfare."

An identical bill was introduced last year by Democratic Sens. Cory Booker of New Jersey and Elizabeth Warren of Massachusetts, as well as Republican Sens. Mike Lee of Utah and Rand Paul of Kentucky.

Much like in the case of the Senate companion bill, Titus does not serve on any House committees that have oversight of USDA or its appropriations. That greatly diminishes the possibility the bill would receive any legislative action. The bill right now also does not have any cosponsors.

A news release by Animal Wellness Action criticized the National Cattlemen's Beef Association, the National Pork Producers Council and the National Dairy Promotion Research Board, stating those groups and others "got access to the till and now they divert tens of millions annually to their own associations for advocacy or anti-competitive activities that put a special hurt on small farmers."

Ethan Lane, vice president of government affairs for NCBA, said the legislative push keeps happening from "noted animal-rights activists," pointing specifically at Booker as "the biggest champion for putting animal agriculture out of business on Capitol Hill and Dina Titus is not far behind him." He added, "They are running the same playbook they always do, trying to put animal agriculture out of business."

Lane pointed to funding ties to the Humane Society of the United States and the Organization for Competitive Markets, as HSUS has partnered with OCM on a lawsuit specifically challenging the beef checkoff.

OCM noted its litigation against USDA over checkoff funds and NCBA's "refusal to disclose beef checkoff spending records." OCM stated it supports Titus's bill. "The evidence is clear: commodity checkoff programs abuse the very farmers and ranchers who are mandated to pay into them."

Marty Irby, executive director of Animal Wellness Action, said, "USDA's runaway checkoff programs must be held accountable, and family farmers have a right to know where their hard-earned dollars are being spent."

The National Pork Producers Council also was criticized by AWA. The pork producers group stated it is "A voluntarily funded, independent organization focused on advocating for the public policy interests of U.S. pork producers."

NPPC also added that the "Pork. The Other White Meat" slogan was developed by NPPC and licensed to the pork checkoff following a 2001 separation agreement approved by the U.S. government. NPPC also stated that payments from the licensing sale to the National Pork Board ended in 2017.

Commenting in support of Titus's bill was Mike Eby, chairman of the National Dairy Producers Organization and one of three candidates to become president of National Farmers Union.

"It's crisis time in agriculture where every penny counts," Eby said. "If farmers are going to be forced to fund checkoff programs' 'government speech,' the very least farmers should expect is legitimate oversight and a system of checks and balances for all commodity checkoffs, and the OFF Act does just that."

Chris Clayton can be reached at chris.clayton@DTN.com 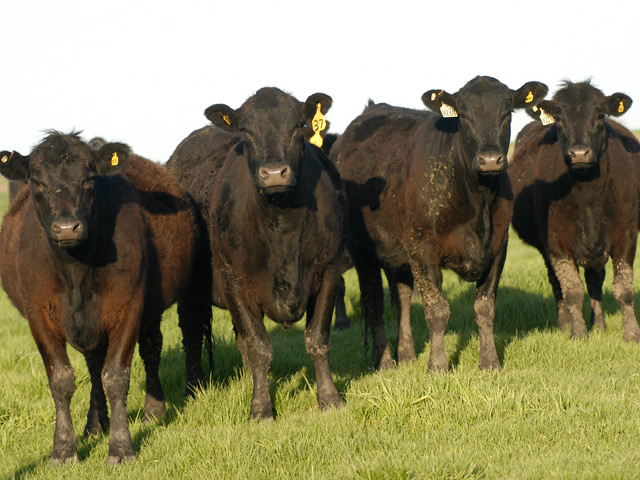