WASHINGTON (DTN) -- The National Pork Producers Council, the National Milk Producers Federation and the National Corn Growers Association on Tuesday urged the Agriculture Department to move quickly to implement a bank for vaccines against foot-and-mouth disease.

In a call to reporters, the groups said that an outbreak of foot-and-mouth disease, which can affect cattle, swine and sheep, would be disastrous for meat and dairy producers and for the corn growers that sell feed to animal producers. There has been no outbreak of foot-and-mouth disease in the United States since 1929, but it is endemic in large parts of the world and there is a constant fear that it could spread, the groups said.

"The reason for the call is to encourage them to move forward as quickly as possible" so that USDA's Animal and Plant Health Inspection Service (APHIS) can purchase the volume of vaccines required to effectively contain and eradicate an outbreak, said Liz Wagstrom, the chief veterinarian at the National Pork Producers Council.

The groups noted that the 2018 farm bill included $150 million in mandatory funding over five years for APHIS to establish a vaccine bank. Wegstrom noted that APHIS has taken an initial step to determine what vendors might be able to provide the vaccine and that the next step would be to put out a request for proposals to supply the vaccine.

The United States does not want to vaccinate without an outbreak because vaccination would lead countries importing U.S. meat and milk products to require more paperwork and because there are so many strains that many vaccines would need to be used, said James Roth, a professor in the department of Veterinary Microbiology and Preventative Medicine at Iowa State's College of Veterinary Medicine.

Instead, USDA has prescribed vaccination as the method for dealing with an outbreak. There were nine outbreaks of foot-and-mouth-disease in the United States before 1929, and they were addressed by stopping the movement of animals and stamping out the disease. But those methods are not practical today because herds are larger and animals move greater distances.

At present, Wegstrom said, the vaccine is stored on Plum Island, the animal disease research facility off the coast of New York, which is being replaced by the new research facility under construction in Manhattan, Kansas.

In the case of the vaccine stored on Plum Island, it would have to be returned to the vendor in Lyon, France, for reactivation before use. The plan is for the new vaccine bank to be stored with whatever vendor is chosen, Wegstrom said.

While the funding for the vaccine bank is mandatory spending, the National Animal Health Laboratory Network of diagnostic institutions is dependent on appropriations, Wegstrom said. The Agriculture appropriations bills moving through Congress would provide $17 million for the labs for fiscal year 2020, but the funding is authorized for up to $30 million per year.

According to Iowa State University research, an outbreak would result in $128 billion in losses for the beef and pork sectors; $44 billion and $25 billion, respectively, to the corn and soybean farmers; and job losses of more than 1.5 million across U.S. agriculture over 10 years.

"If the U.S. had a large outbreak of FMD, it may be impossible to control without the rapid availability of adequate supplies of vaccine," Roth said.

Without vaccine, he said, it could take 10 years to recover. The disease would move through herds, with some animals becoming ill and recovering and others dying.

"A foreign animal disease outbreak would have an estimated $4-billion-a-year impact on corn farmers, which would be disastrous on top of current market conditions," noted Sarah McKay, director of market development at the National Corn Growers Association.

An outbreak may also affect exports of animal ag products, she said.

"On average, pork exports contribute 28 cents a bushel to the price of corn, so the control of infectious diseases via a vaccine bank is important not only to livestock producers but corn growers as well."

Jonker noted that an outbreak of FMD would interrupt the just-in-time deliveries of milk and also lead other countries to stop the imports of dairy products that are increasingly important to dairy farmers. 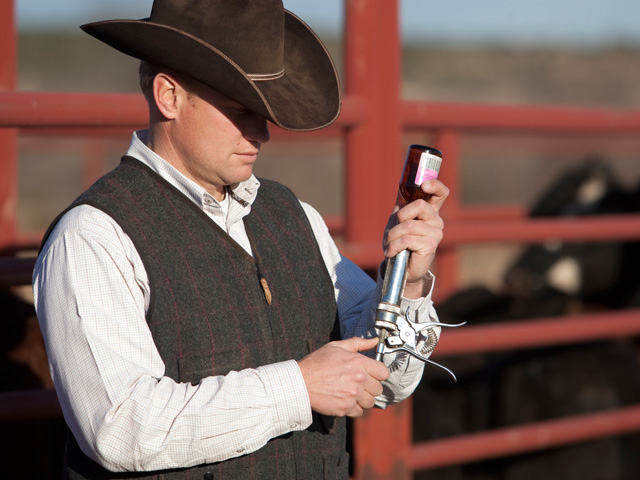