In a report Saturday, Nikkei, a Japanese news organization, reported that Japan had agreed to grant the United States the same level of tariffs on agricultural products that other countries have gotten through the Trans-Pacific Partnership (TPP), from which Trump withdrew, in exchange for an exemption from Trump's proposal to increase auto tariffs.

At a joint news conference on the sidelines of the G-7 meeting in France, Trump said, "We've been working on a deal with Japan for a long time. It involves agricultural and it involves e-commerce and many other things. It's a very big transaction, and we've agreed in principle. It's billions and billions of dollars. Tremendous for the farmers."

"So the deal is done in principle."

Trump and Abe both said they probably will be signing it around the United Nations General Assembly meeting in New York in September.

The deal comes after a difficult month for farmers with higher tariffs promised for China and EPA granting 31 waivers to oil refiners from Renewable Fuel Standard obligations. The president has been looking for a win in agriculture.

Abe said that the two countries had "successfully reached consensus with regard to the core elements of both the agricultural and industrial products of our bilateral consultations on August the 23rd. And I certainly welcome this development."

Trump then told Abe, "Perhaps you may want to discuss the additional purchase of all of that corn, because we have a tremendous amount right now. And we've been working with the farmers and making very, very large payments for the unfair way they were treated by China."

"And the farmers are very happy," Trump said. "They like -- they like their president. They're very happy. But I think it's even better, and I think they're even happier, when they hear you're actually buying their products.

"So perhaps you could say a couple of words just about the hundreds of millions of dollars of corn - existing corn - that's there, that you'll be buying."

While Trump's remarks made the decision to buy U.S. corn sound almost like a favor, Abe indicated that Japan needs the corn.

"So with regard to the potential purchase of American corn, in Japan we are now experiencing insect pest on some of the agricultural products," Abe said.

"And we believe that there is a need for us to implement emergency support measures for the Japanese private sector to have the early purchase of the American corn."

Secretary of Agriculture Sonny Perdue pointed out, "Japan is a significant market for United States agriculture exports, making today a good day for American agriculture. By removing existing barriers for our products, we will be able to sell more to the Japanese markets. At the same time we will able to close gaps to better allow us to compete on a level playing field with our competitors. I thank President Trump and Ambassador Lighthizer for their constant support of America's farmers and ranchers and their hard work negotiating better trade deals around the globe."

At Trump's urging, U.S. Trade Representative Robert Lighthizer said, "Well, first of all, what we have is an agreement on core principles."

"It has three parts: agriculture, industrial tariffs, and digital trade. And from our point of view, it is extremely important to our farmers and ranchers and those people who work in the digital space.

"We'll get into the details at another time, but generally, Japanese is our third-largest agricultural market. They import about $14 billion worth of U.S. agricultural products. And this will open up markets to over $7 billion of those products.

"In the agriculture area, it will be a major benefit for beef, pork, wheat, dairy products, wine, ethanol, and a variety of other products.

"It will lead to substantial reductions in tariffs and non-tariff barriers across the board. And I'll just give you one example: Japan is, by far, our biggest beef market. We sell over $2 billion worth of beef to Japan. And this allows us to do with lower tariffs and to compete more effectively with people across the board, particularly the TPP countries and Europe.

"So it's very good news for our farmers and ranchers, but it's also good news for those who work in the digital e-commerce space where it is the gold standard of an international agreement. This is an area that not only has been important to the President but been of particular importance to the prime minister."

Trump added, "This is a massive purchase of wheat also, in addition to everything else. This is a very large purchase of wheat, and the very, very large order of corn will go quickly. But importantly, it's something that wasn't in the agreement that we may not even -- we may do that as a supplementary agreement. But we appreciate that very much. We just agreed to that on the other idea of the door."

"So I just appreciate that very much. And we'll do a great job. And the farmers are very thankful. Thank you very much."

American Farm Bureau Federation President Zippy Duvall said, "America's farmers and ranchers are pleased to hear that the U.S. and Japan may be close to a trade deal that includes agriculture."

"This is much-needed good news on the agricultural trade front," Duvall said.

"The United States produces the safest, highest-quality and most affordable pork in the world. It is the preference of many Japanese customers and we look forward to competing on a level playing field again."

An executive vice president for the U.S Chamber of Commerce called the announcement "a welcome step in the right direction," but called for a comprehensive trade deal between the two countries. "American companies and agriculture exporters are at a clear disadvantage to their Asia-Pacific and European counterparts in the absence of a comprehensive trade deal with Japan," said Myron Brilliant, executive vice president and head of international affairs for the U.S. Chamber of Commerce. Brilliant added, "Given the existing volatility and uncertainty in global markets, today's news that the administration is making progress in talks with Japan, one of our most important trading partners, is a welcome step in the right direction. However, the U.S. Chamber strongly urges the Trump Administration to continue its efforts to reach a comprehensive, high-standard agreement that addresses the full range of U.S. trade priorities from services and intellectual property protection to regulatory barriers. By securing that broader agreement, the administration will spur significant economic growth, create U.S. jobs, and open up other avenues for expanding our market access and commercial ties to the vital Asia-Pacific region." 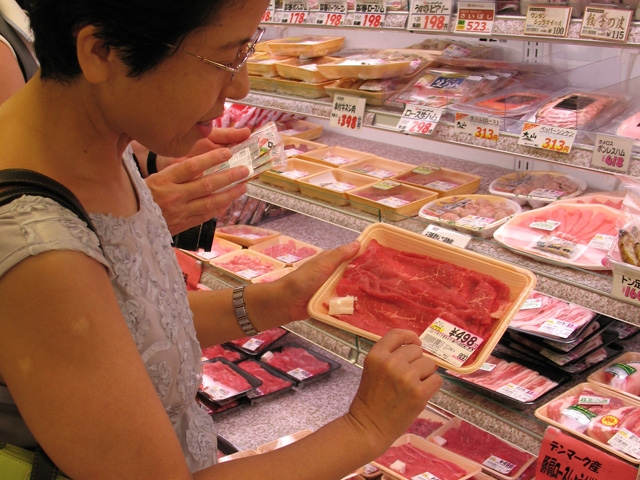