OMAHA (DTN) -- President Donald Trump and European Union officials signed an agreement Friday at the White House that will nearly triple the volume of duty-free beef exports to Europe over time.

Trump made the announcement surrounded by members of his administration and representatives from the National Cattlemen's Beef Association and U.S. Meat Export Federation. Trump said Europe had not been treating U.S. beef producers fairly.

"This is a tremendous victory for American farmers, ranchers and, of course, European consumers because American beef is the best in the world," the president said.

Trump said duty-free beef exports to the EU will increase by 46%. Over seven years, they will increase another 90%. By full implementation, the president said, duty-free exports of U.S. beef will increase from $150 million to $420 million.

The president used the event to stress his administration is standing up for farmers. He pointed to the ongoing trade dispute with China. He cited Japan now allowing U.S. beef from older cattle, as well as opening up beef markets in areas such as Morocco and Australia. And the president pointed to $28 billion in aid that has come from his administration because of retaliatory tariffs, largely from China.

The agreement, which has been in the works for months, allows the U.S. a guaranteed portion of duty-free access into the EU for hormone-free beef. The American Farm Bureau Federation highlighted reports back in March that the agreement was close to being finalized.

Jennifer Houston, president of NCBA, said it was great day for American cattle producers, and she thanked Trump for making the agreement happen.

"For years, it has been difficult for us to get access to the European Union because of some non-tariff and restrictive tariff trade practices," Houston said.

Sen John Hoeven, R-N.D., spoke about access to markets and credited the president and his team for increasing market access, as well as providing more direct aid to producers.

"USDA and the administration are standing up for our farmers while they are negotiating these kinds of agreements," Hoeven said.

Europe and the U.S. have battled over hormones in beef since the late 1980s, which included a case before the World Trade Organization that the U.S. won but the European Union failed to abide by. The EU then pushed for another WTO case against retaliatory measures put in place by the U.S. and Canada because the EU would not recognize science that made Europe's ban on hormone treatments unjustifiable.

The U.S. exported $8.3 billion in beef in 2018, of which the European Union accounted for roughly 3.5% of foreign sales. For the first five months of 2019, sales to the EU have totaled $80.6 million, down about 10% in value from last year, according to USDA data posted on the U.S. Meat Export Federation website.

In 2009, the U.S. and EU reached a memorandum of understanding for a new tariff rate quota of hormone-free beef, with the U.S. agreeing to drop retaliatory tariffs against Europe as well.

U.S. beef exports to the EU hit $272 million in 2015, but have declined since then, AFBF stated in its analysis. Brazil, Argentina and Uruguay each export more beef to Europe than the U.S., which often competes with Australia for the fourth ranking. By value, the U.S. accounts for about 9% of EU imports.

Europe has two tariff rates for beef. One allows 45,000 metric tons of beef without a duty, but has no individual country carve-outs. A second quota allows 66,826 metric tons under a 20% tariff, of which the U.S. and Canada have a combined allocation of 11,500 metric tons.

"This agreement will provide some relief to American ranchers during an uncertain trading atmosphere," Roberts said. "I appreciate the administration acting on my decades-long persistence in pushing for greater access for U.S. beef in the EU. I look forward to the upcoming EU Parliament vote to seal this deal." 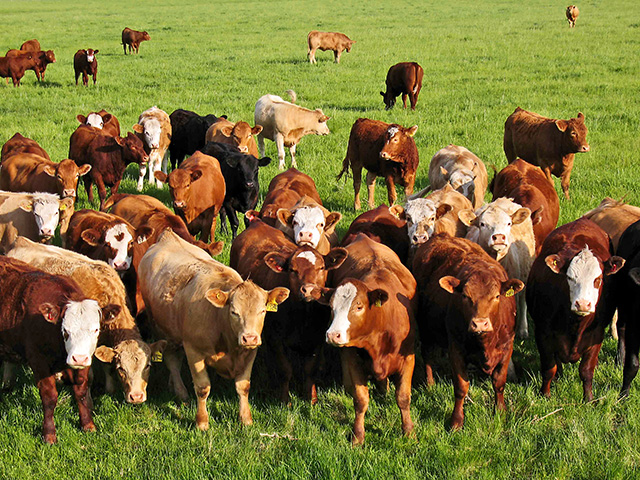