Agriculture Secretary Sonny Perdue also told farmers over the weekend he would lobby President Donald Trump to make that happen.

On a call with reporters Tuesday, leaders with the National Pork Producers Council (NPPC) explained that gene-editing technology could create opportunities to make pigs resistant to diseases such as porcine reproductive and respiratory syndrome (PRRS).

Experts reiterated gene editing is a targeted process that doesn't necessarily lead to inserting a new gene. Often the focus is to eliminate a gene that is tied to disease susceptibility. Such technology in breeding could lead to reduced antibiotic use by the livestock industry.

"As a veterinarian, that's what excites me most about this technology is it offers a powerful new tool to combat, particularly diseases of livestock that are caused by viruses," said Dan Kovich, deputy director of science and technology for NPPC.

FDA regulations, though, treat the genes in gene-edited animals as a pharmaceutical, creating massive regulatory challenges right up to the point of incinerating research animals raised to resist a disease.

"It stretches incredulity and no other country on earth is proposing to regulate editing as a drug," Alison Van Eenennaam, a specialist in animal genomics and biotechnology at the University of California-Davis. "It's just kind of outlying with what's being proposed in other countries."

NPPC leaders said that an executive order should require FDA to reconsider its regulatory regime around gene editing.

Speaking at an event Sunday in Council Bluffs, Iowa, Agriculture Secretary Sonny Perdue told farmers that USDA should have at least some oversight of gene-edited animals. Perdue said he would ask President Donald Trump to require FDA to share its authority.

President Donald Trump earlier this month signed an executive order telling regulators to simplify how they regulate biotechnology in both crops and animals. Perdue said the executive order requires agencies across the federal government "to come together and talk about what is the right policy to make more safe, more resilient and more sustainable crops using biotechnology, both in animals and in plants going forward."

Until now, the livestock industry has been restrained when it comes to producing transgenic animals because of the regulations, Van Eenennaam said. Under that field, a genetically modified salmon is the only animal food product approved by FDA. Gene editing shouldn't have to undergo the complicated regulations for transgenic animals, she said.

"The hope with gene editing is you are not introducing novel DNA," Van Eenennaam said on the call with NPPC leaders. "It's a deletion or removal of a few strands of DNA to make that disease-resistant pig." She added, "That's what breeding programs are based upon. There's no transgenic DNA to trigger GMO regulation."

At the moment, there are no gene edits commercialized in swine, but NPPC officials projected that other countries will quickly advance such animals and products. Last month, a British animal genetics company, Genus, announced an agreement to work in collaboration with a Chinese livestock and genetics company to scale the PRRS-resistant gene edits in China.

"As a U.S. pork producer, it certainly has us looking at exporting some of our breeding animals into China and positioning ourselves to take advantage of what we believe will be a successful employment of that technology obviously outside of U.S. borders," said Bradley Wolter, president of The Maschhoffs, an Illinois-based hog producer.

If a PRRS-resistant hog were developed in another country, competitors could see as much as a 15% improvement in herd efficiency. "That would be game-changing for the U.S. pork industry," Wolter said. 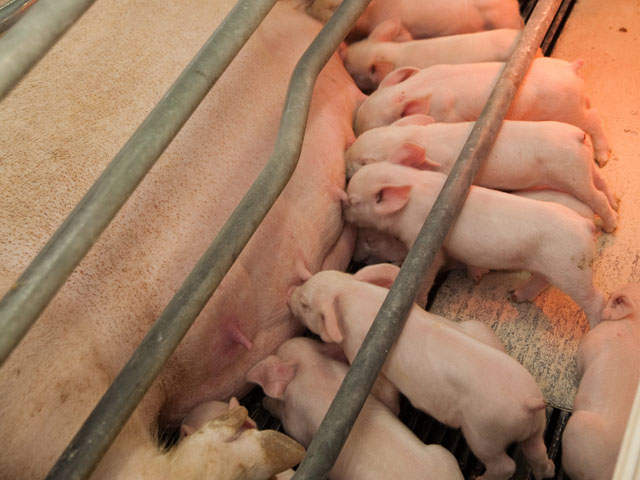