OMAHA (DTN) -- Anyone who has ever owned a cow-calf herd has faced the tough decision on what to do with cows that have lost calves.

Do you keep the cows and rebreed them? Or do you sell the cows, either immediately or put some weight on the cows and sell as a cull cow later?

Because of the extreme weather in some locations this spring, many cow-calf producers are now in this particular situation. For some, age is the biggest factor, while for others, feed prices and/or cattle prices might factor in the decision.

Depending on their philosophy, different producers consider other options on what to do with cows that lost calves.

University of Nebraska-Lincoln (UNL) Extension Beef Educator Aaron Berger, located in Kimball, Nebraska, recently co-wrote an article titled "What to do with Cows that have Lost Calves" -- you can find the article at: https://beef.unl.edu/….

Berger said there are three main options with cows that have lost calves.

A potential fourth option would be if you have a calf that is "extra" by way of twins, put one of these calves on a cow that lost a calf, which is often called grafting. Cheyenne Smith, who operates a ranch near Carmen, Idaho, said they will graft every twin they have.

The advantages of grafting is it is less stress on the cow with twins, as now the cow will only have to support one calf. In addition, the cow without a calf is now productive again with a calf.

"We often give a cow a second chance, especially if the loss of the calf really isn't her fault," Smith said. "This could be like a bad breeding choice, resulting in a really big or small birth weight, or extreme weather."

Smith likes to run cows through the chute and not let the cow see or smell the calf for at least three days. She runs this twice a day to let the calf nurse, she said. The grafts have about a 90% success rate, and this is mostly due to high maternal qualities in their herd, Smith said.

Berger said grafting a calf onto cows that have lost calves is a good option, if the producer has the time and labor.

With the uncooperative Nebraska weather this spring, calving losses were fairly high, and in many cases, the state's cattle producers didn't have any extra calves from their own herds to graft onto cows that lost calves.

In cases where a producer can find calves from other operations to be grafted, the option should be considered, he said.

There is some additional biosecurity risks with utilizing this option compared to using a calf from within one's own herd, Berger said. Bringing calves from outside the operation can lead to a new disease being introduced.

"In some situations, people will keep some older cows that they know that this will be their last calf and then take that calf from the old cow and graft it onto a younger cow that loses a calf," Berger said. "So grafting a calf can be a good option."

Larry Olberding, Jr., a Connell, Washington state rancher, said his general rule is if she doesn't have a live calf to raise, the cow is going to go to town to be sold. There are some considerations he mulls over, including the cow's flesh condition as well as the current pricing for culled cows, he said.

There are usually three times that cull cattle prices will spike higher during the course of the year, he said. In his southeastern Washington state area, he sees higher cull prices two weeks before Memorial Day, the July 4 holiday and Labor Day holiday weekend.

"The primary reason I sell them, if conditions are right, is I just can't see that cow recovering the money lost over a whole year with zero production," Olberding told DTN. "I really want my grass being used to appreciate in value."

There are opportunities to sell these cows and purchase cow-calf pairs, he said.

Take this spring, for example. At the local cattle auction the week before Memorial Day, Olberding sold five cows that lost calves averaging 1,282 lbs. and averaged $67/cwt. He got $859/cow, took his money and bought three cow-calf pairs for $1,425/cow.

Olberding was willing to trade five cows for these three cow-calf pairs because he considered he will have three more calves to sell this fall. If he had kept the five cows without calves, he would have zero income, he explained.

For cow-calf producers in the Midwest, extreme winter weather caused higher-than-usual death loss. Producers in this region had to make some hard decisions on keeping cows or not.

Karl Jacobson, who farms and has a cow-calf herd near Concordia, Kansas, said he did have some calving losses this spring. Age is a big factor for him, and he sold the older cows.

"I also had several open cows in my fall calving herd as a colder-than-normal winter was some of the problem," Jacobson said. "I also sold those open ones."

A lack of enough feed was the main reason he sold these open cows, Jacobson said. It took a lot of feed to make it through the frigid winter and he -- like many Midwest producers -- did not get to utilize corn stalks last fall with the wet weather delaying the fall harvest into winter.

Bob Birdell, who farms and has a cow-calf herd near Stanberry, Missouri, said he attempts to consider age, feed availability and cull prices when deciding what to do with his cows who lost their calves.

Other factors affecting the decision include the temperament of the cow, as well as the reason for losing the calf in the first place, such as a hard birth, which might affect future breeding. All of these dynamics goes into the thought process, he said.

"We had to buy hay for the first time ever, so we had to be a little less forgiving when it comes to cash flow," Birdell said. 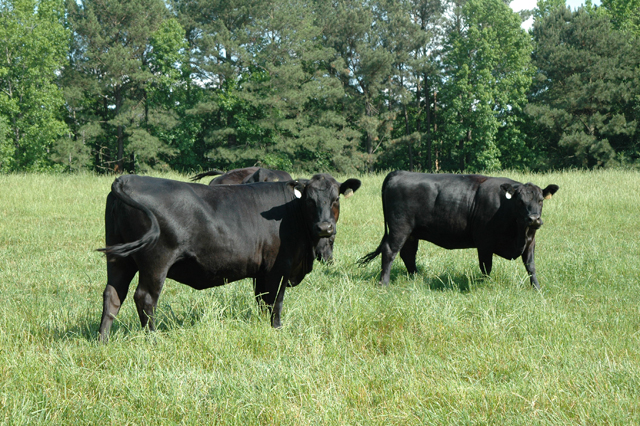