OMAHA (DTN) -- The polar vortex that brought subzero temperatures to much of the nation's midsection this week has begun to retreat, but the extreme cold's effects on livestock could linger.

When temperatures drop as low as they did this week -- some areas of the Northern Plains saw air temperatures as low as minus 30 degrees Fahrenheit -- livestock can be severely affected. Bulls, in particular, can lose fertility either temporarily or permanently due to freeze damage to their reproductive organs.

Various steps can be taken to protect livestock from both the cold and snowy conditions of winter, according to experts. And after the cold has subsided, producers should check their livestock for signs of frostbite.

Temperatures this extreme can have negative effects on livestock. In a North Dakota State University (NDSU) Extension BeefTalk article titled "Wind and Cold Are a Dangerous Combination for Bulls," NDSU beef specialist Kris Ringwall wrote about the effects cold weather can have on bulls.

A bull's scrotum is designed to allow heat out of the body and away from the testicles, Ringwall wrote. Like cows, bulls are not able to tolerate cold temperatures without appropriate bedding and wind protection.

The subject of preparing livestock for cold conditions has also been addressed in previous DTN article in January. You can read it here: https://www.dtnpf.com/…

"Generally, the testis does not freeze and the damage is limited to the scrotum," Ringwall said. "Check bulls for scrotal swelling, which would be followed by the sloughing of dead skin."

Where there is dead skin, the heat of the inflamed scrotum actually damages sperm production and the storage capacity of the bull's reproductive system. This will generally render the bull infertile for a couple of months, Ringwall said.

Jay Culver, a cattle producer in Iroquois, South Dakota, told DTN he has heard of bulls' fertility being affected by cold temperatures, but he said doesn't have any first-hand experience with it. In cold temperatures, his goal is to make everything as comfortable as possible for his cows, bulls and feeder calves, he said.

"Bedding, windbreaks, lots of area and plenty of feed is the program (when it gets cold)," Culver said.

He calves in late March, and if it is still cold at that point (as it was last year through April), he will put down lots of bedding for his cows. He will also put cows with new calves inside until they are strong enough to be outside.

Culver said this will usually be for a couple of days after birth, depending on the weather. Then, once the cow and calf are back outside, they are in an area with plenty of bedding and wind protection, he said.

NDSU recommends all bulls have an annual breeding soundness exam and suggests producers make this a practice within their operation. Tests should be completed in late March or early April, as there is still time to buy bulls for replacements if needed, according to the report.

Culver said he will test his bulls right before he turns them out with the cows in late June or into July. He does this to make sure they are ready to go for the breeding season and to detect any problems.

Despite the weekend warm-up, the Midwest may not be done with the cold this winter, according to DTN Senior Ag Meteorologist Bryce Anderson.

While the region may be done with the coldest weather, the area will still see some low temperatures in the near future, he said.

"We'll have another cold wave in the Northern Plains and northern Midwest the week of Feb. 4, and in all likelihood, there will be another one before February is done," Anderson said.

Below-normal temperatures are forecast for at least the first half of March, Anderson said. Winter will hang on, and spring will be slow to get going, he said.

Anderson said he doesn't think there will be much more snow to finish out the winter. However, in March, there is the possibility for at least one late-winter/early spring snowstorm, he said.

For further information about livestock in cold weather, Colorado State University Extension has a report titled "Severe Cold Weather Rangeland and Livestock Considerations." The report can be viewed at: https://extension.colostate.edu/… 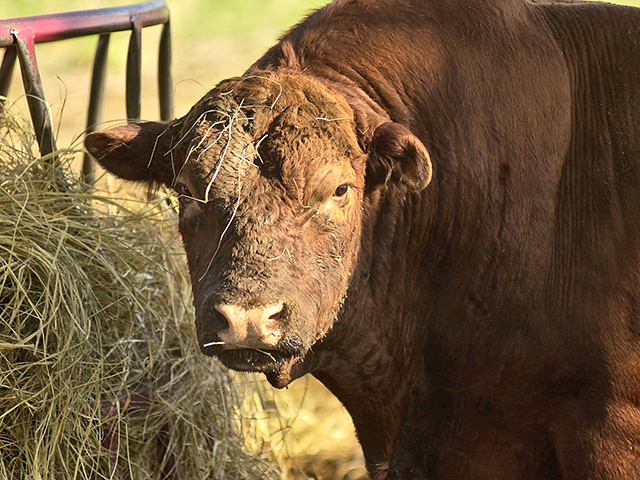