OMAHA (DTN) -- USDA has imposed a $50,000 civil penalty against JBS USA Food Co., also known as Swift Beef Co., and required restitution to producers after JBS' plant in Grand Island, Nebraska, did not accurately track weights, grades and prices for cattle carcasses on accounts to sellers earlier this year.

The Agricultural Marketing Service conducted an investigation into allegations that JBS was not tracking the identity of carcasses purchased on a hot weight basis to ensure proper payment to sellers at the Grand Island operation. From Dec. 14, 2017, until March 31, 2018, JBS Swift failed to accurately record weights, grades and prices used to settle prices with producers, AMS said.

USDA stated JBS Swift "immediately took corrective action" once the company was notified of the violations and made improvements to its carcass tracking and computer software.

Under the consent decree, JBS Swift agreed to remit amounts owed to livestock producers because of the inaccurate records, and JBS was ordered to pay a $50,000 civil penalty. JBS also must ensure it doesn't slip back into failing to maintain the identity of each seller's livestock carcasses and must better maintain a true written accounting of cattle purchases and documenting each carcass weight, yield and grade.

The consent decree was reached between JBS and USDA last month and approved by an administrative law judge.

The amount of restitution to producers was not disclosed by USDA. However, a spokesman for JBS Swift said it was fewer than 40 producers affected.

"We experienced an error in our carcass sequencing processes following a software change in early December 2017. As a result, we mistakenly overpaid some livestock sellers and underpaid others during a three-month period," said Cameron Bruett from Corporate Affairs for JBS. "Following a self-audit, we corrected the issues that led to the errors and entered into an agreement with USDA where we would not seek reimbursement from any overpaid livestock sellers and make refund payments to underpaid livestock sellers during the three-month period, Bruett said.

"While this technical error was unfortunate, we are confident that we have taken the appropriate steps to correct the issue and provide an equitable solution to affected livestock sellers. Less than 40 producers were negatively impacted and many have already been reimbursed."

The Organization of Competitive Markets issued a statement highlighting that many smaller producers are often forced to sell to packers based on carcass weight at the plant instead of live weight of the animal at the point of sale. Producers lose money due to shrinking during travel and delays at the plant. Then, producers have closely followed differences between livestock weights and the reported carcass weight by packers, in this case, JBS.

Joe Maxwell, executive director of the Organization of Competitive Markets, said leaders at the organization were upset because a draft version of the news release did not mention restitution to producers. USDA's news release Friday afternoon included a statement from the consent decree that "JBS Swift agreed to remit amounts owed to livestock sellers resulting from the inaccurate recording of weights, grades, and prices of carcasses."

Maxwell noted two JBS plants in Texas and Colorado were cited back in June for having inaccurate scales. JBS was issued a $29,000 civil penalty for problems related to that situation.

"It's a huge hurdle a famer or rancher has to get over in order to prove harm to the market in order to prove damages of how they were wronged," Maxwell said. "The farmer and rancher just have to totally rely on government to stop these types of abuses."

Maxwell added, "The Packers & Stockyards Act envisioned the producer could bring their own claim against the packer."

Feeders Krajicek works with in eastern Nebraska tracked weights of cattle leaving the feedyard and the final reports coming back from JBS on the carcass weights. He said producers are put at an immediate disadvantage when selling on the carcass. If you don't accept a carcass-weight offer, then producers have to keep feeding and then risk getting docked for cattle coming into the packer too heavy.

"It just forces you to do whatever because you've got to sell because the cattle are a perishable commodity," Krajicek said, adding that producers lose income when selling based on carcass weight. 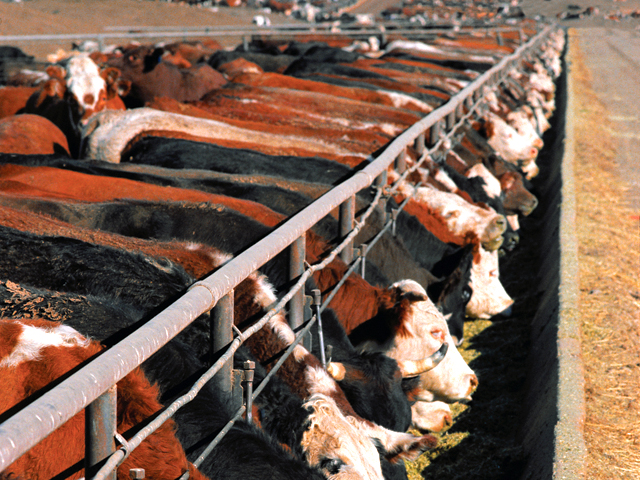