Last fall, we banded a bull and later found we missed one testicle. We rebanded him, and he became lame on one leg. He fell over and just laid there. We cut the band after about 5 minutes, but he died an hour later. What do you think happened?

I can only guess at what might have happened. The calf could have sustained damage to the nerves or spinal cord while in the chute. This would explain the lameness and, if the damage were severe enough, it could lead to death.

I have had to deal with several of these cases, and it is tough to remove the remaining testicle surgically when you miss one at banding. There is often a lot of scar tissue, and it is very traumatic to the animal.

It is possible the main artery to the testicle ruptured, and the calf bled out into the abdomen. An embolus or blood clot that moved to the lungs or brain is another possibility that would have caused death.

We will never know for certain what happened. This highlights how important it is to make sure you have both testicles and nothing else below that when you band calves. 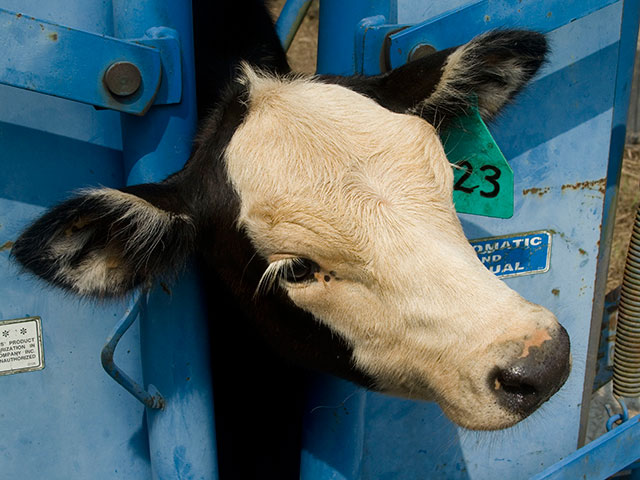