OMAHA (DTN) -- The Nebraska Farm Bureau rolled out a new association health plan (AHP) for its members on Wednesday that the group anticipates could save Nebraska farmers, ranchers and agribusinesses an average of 25% on health-insurance premiums.

Nebraska Farm Bureau is partnering with the non-profit insurer Medica out of Minneapolis, Minnesota, to offer the new AHP, which will be marketed as the "Nebraska Farm Bureau Member Health Plan" and open for enrollment Oct. 1 to Dec. 1 of this year.

Steve Nelson, president of the Nebraska Farm Bureau, said health care is an issue the group has wanted to address for its members, and that was highlighted as more than 400 farmers and ranchers took part in listening sessions this past summer about insurance affordability.

"Some of the things we heard consistently from our farm and ranch members ... many families struggling to provide health care to their families and themselves," Nelson said. "How many families have had to have one spouse or the other go to work or find a second job so they could either afford to get health insurance or find health insurance through their employment?"

Farm Bureau has created a consortium that will provide the insurance to its members. Tom Schwartz will serve as president of the consortium. He said he is an "anti-insurance guy" when it comes to the complications of policies, but he had talked with other Farm Bureau leaders over the past several years about the need for such a member plan.

"This is going to truly be one of the biggest things we've ever experienced in agriculture in terms of health care," Schwartz said.

Schwartz said he runs a smaller farm with just a few employees and has not been able to offer health insurance. "But anybody that hires people knows the first question when you hire an employee is 'What do you have for health care?' and my bucket has been empty up to this point. I've had no options."

Generally, Schwartz said, he's provided extra income for workers to go find insurance on their own.

Medica has been in the Nebraska healthcare market since 2016 and is the only option in Nebraska statewide for individual policies under the Affordable Care Act. Medica will be in the insurance backbone for the policies, which will be sold by Farm Bureau agents in the state.

Farm Bureau officials said they have heard of farmers and ranchers paying $25,000 to $40,000 in annual policies. The group thinks expected savings for an individual should run an average of 25%. Rates will be based largely on age and location in the state, they said.

The group anticipates enrolling 750 to 1,000 initial policies this year. "We think that's conservative," said Rob Robertson, chief administrator for the Nebraska Farm Bureau. "We think there's going to be a lot of interest in this."

For Farm Bureau members to qualify, though, the group had to define eligibility in order to be classified as an AHP. Farmers or ranchers will have to have 50% of the family's gross income from a farm or ranch. If 50% of income from a business comes from agriculture, then the business's employees could qualify to sign up. Also, farmers who are not Farm Bureau members this year would have to join the organization before next July to be eligible for enrollment next year.

The Trump administration expanded the scope of participation in AHPs earlier this year as a way to reduce health insurance costs for small businesses, but the plans have been criticized regarding what they will cover compared to plans approved under the Affordable Care Act. Still, Robertson said, plans will be ACA compliant and cover pre-existing conditions.

The plan will offer three different options that will range in premium, deductible and overall out-of-pocket costs.

Other state Farm Bureau groups are also looking at the possibility of creating similar AHPs, including in Iowa where a change in state law earlier this year made it easier to create Association Health Plans.

A provision in the House version of the farm bill, drafted by Rep. Jeff Fortenberry, R-Neb., would provide up to $65 million in seed money to help promote such plans to farmers. But it's unclear whether that language and funding will make it in the final version of the legislation, which is being negotiated now. 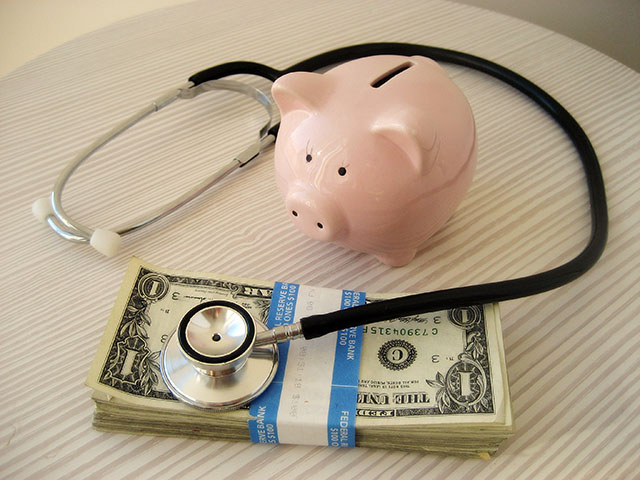