Several weeks ago, Joni Ernst, junior senator, Iowa, was being questioned by the moderator of CBS' "Face The Nation" on the topic of trade war and the significant price the Trump administration's policy was extracting from pork producers and soybean farmers in her red/purple state.

With the steeled gaze of someone who had castrated more than a few hogs in her day, Sen. Ernst calmly declared that while her agricultural constituents were understandably anxious about the ultimate effectiveness of higher tariffs and continue to extol the virtues of free trade, Iowa proudly remained Trump country -- confident that the president's long-term plan made sense. A plan that would eventually reward with improved market conditions the high price livestock producers and farmers were now being asked to pay.

Yet the senator's calmness quickly turned defiant when the questioner noted hints from the White House that federal money might be needed to compensate agricultural loyalists for any and all trade war casualties.

"TRADE NOT AID," Ernst roared in response like a delegate to the National Convention of Adam Smith Lovers. She went on to insist that Iowa producers were solely interested in reclaiming revenue fairly won from honest markets. Very few hard-working constituents had any interest in banking a hand-out from the government, finding the loathsome dole useless.

While I applaud Sen. Ernst's strong statement of free market support, we all know how easy it is to verbally champion ideals when there's no corrupting alternative on the table. It's a bit like pledging your entire lottery jackpot to charity but never bothering to buy a ticket.

That's why she must have been shocked, along with a large host of lawmakers and agricultural producers in general, when USDA announced on Tuesday winning numbers for an unexpected, unsolicited aid package worth $12 billion, payable to a selected pool of would-be global traders in recognition of (and here I'm guessing) patience and economic patriotism beyond the call of reason.

Under the plan, farmers growing soybeans, corn, sorghum, wheat, cotton, milk and hogs will be able to apply for "tariff aid payments" sometime this fall to offset the impact of lost trade markets. The bread lines, soup kitchens and instant cash machines will begin to form sometime in September, conveniently just weeks before the midterm elections.

Is my cynicism showing?

Never mind what I think of this politically motivated largess (yeah, there I go again). It's more important to recognize the wide array of opinions from producers, legislator and farm organizations. In this regard, be sure to read DTN's comprehensive coverage by Chris Clayton and Jerry Hagstrom ("Trade Aid Reactions Vary Wildly"). https://www.dtnpf.com/…

Some see the program as welcomed and deserving relief for hard-working soldiers who have initially shouldered the burden of a trade war ostensibly fought for the benefit of the entire nation. In the same breath, they express admiration and gratitude to President Trump for keeping his promise to protect agriculture from adverse trade war consequences.

Others criticize the government's helping hand for further undermining the long-proven effectiveness and profitability of free markets and anti-protectionism. They also express fear that such a random and spontaneous bailout can only work to extend trade war destructiveness and drive traditional trading partners further and further apart.

Trade associations seem to represent a third group of responders. Of course, the challenge of all organizations is to manage membership diversity in the face of controversy, somehow keeping a maximum number of dues-payers within the tent without cracking the center pole.

Accordingly, press releases have been issued that alternately cheer and jeer this new bold effort in tariff compensation. In the way these officious narratives weave pro and con themes together like a Persian rug, wishy-washy statements often seem more like exercises in creative writing than serious position papers.

But no one is advising stressed producers to send checks back to Washington (not even me). Business is business, and the tough markets of the 21st century absolutely require that you pick up each and every crumb along the path.

Just don't assume to be automatically placed on the welfare role again next year. Rather, keep in mind the following speed bumps in the open-ended trade war now engaged, as well as their possible political and economic fallout.

-- This tariff kick-back from federal coffers will not make the trade war shorter, it will make it longer. In many ways, President Trump proposes to do exactly what he faults in former trading partners. The president's decision to pay farmers could violate commitments the U.S. has made at the World Trade Organization, like not unfairly subsidizing its agricultural sector. That could give other countries, now worried that their farmers will be at a competitive disadvantage, a reason to further retaliate against the United States.

-- Once the Trump administration attempts to make protectionism relatively painless on the home front, consistency and basic fairness will cause entitlement checks to grow and grow. Why just limit payments to beans, hogs and corn when collateral damage to related and servicing sectors can be proven to be just as great? Furthermore, why would the president just come to the rescue of tariff troubles in agriculture while ignored similar problems in the fish industry, manufacturing and possibly every shopper who trolls for toilet paper at Walmart?

-- The Trump team seems to have a basic misconception of how trading relations are formed. It's not like turning on a light switch, but closer to a complicated, imperfect network that hopefully grows over time. The longer we pretend to be self-sufficient, the longer it will take to rebuild these trading partnerships.

-- Finally, President Trump believes the U.S. can correct the world's ills all by its lonesome. Seriously addressing huge problems ranging from terrorism, global warming and intellectual property rights absolutely require a network of trusting allies. As escalating tariffs turn friends into foes, many fear that the U.S. is burning bridges faster than the Confederates retreating from Atlanta.

While $12 billion is far from chump change, it represents a drop in the bucket compared with the preservation of long-term global trade. At best, it's enough money to plug a few holes in the ag economy for single year. At worst, it's only enough to nurse the U.S. economy down a darker and darker tunnel.

Think of the situation like a frantic dog chasing its own tail. Instead of throwing water on the crazed canine to be jarred into a more fruitful pursuit, we just stick on a small Band-Aid and hope the bleeding eventually stops. 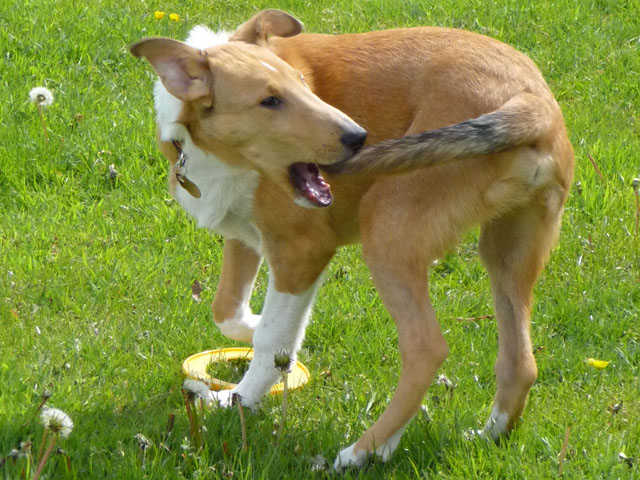