A group of high-powered, seedstock beef producers from across the country met in Bruning, Nebraska, to learn about a new type of ear tag from Allflex. Designed specifically for beef operations, this battery-operated monitoring device marks a technological leap in cattle production.

At its core, the Allflex SenseTime Beef system is a detection product for cattle estrus and health. It tracks individuals, but is also able to provide group reports.

Bruning Farms, a fourth-generation seedstock and commercial Angus cattle operation, is one of only a handful where the monitoring system has been implemented to date. As part of its development, Allflex SenseTime Beef system has been in place here since 2015.

Reiss Bruning said they focused on using the system with heifers they develop, which average around 150 head each year. During this public launch event, Reiss shared his experiences, noting he saw an 8% increase in AI conception rates the first year; with rates holding about 5% above average for the last two years. He also narrowed down the first-cycle calving window by 10 to 14 days.

With roots in a collar-type monitoring system for the dairy industry, this technology has been tailored for beef producers. Andy Dorn, beef business manager, Allflex USA, Inc., said all the algorithms this system uses, and the detection methods, are beef-centric. The research to develop the system, which he noted included some 20,000 hours of visually evaluating beef cattle behavior, included various types of operations, from pasture to confinement.

At this point Dorn noted there are 10 ranches using the new system, all of which have helped in its development. Those ranches are based in Idaho, Nebraska, Georgia, Kansas, Canada and Mexico. They represent over 3,000 beef cows on the system.

For producers who love to know what their cows are doing every hour of the day, that level of information is certainly available with SenseTime. But this isn't about reams of data. The focus is on simplicity, with all of that data refined down to an actionable point. It's simple to understand and clear as to follow-through.

Essentially the system tracks movement of the animal, which those algorithms interpret. Cows in estrus, for example, change their normal behavior -- often eating and ruminating for shorter periods of time. Antennae pick up movements from the battery-powered monitoring tag, they are interpreted and the producer is sent an alert.

In the case of estrus, the alert will notify a producer which cows need to be bred within a given window of time. The system can detect which cows have aborted, and provide early detection of anestrous cows. On the health side, it can deliver alerts for distress cases, and help monitor recovery after calving as well as after weaning. Group routine can also be tracked, helping to raise early awareness that heat stress or nutrition issues are developing.

The tags themselves are small and light, with a battery that lasts three years. Antenna coverage area can vary with the terrain. While the literature notes a coverage area of 656 feet by 1,640 feet for an antenna, Dorn says real-world use shows the coverage can be anywhere from 10 to 80 acres.

Initial adoption of the technology is expected to be strongest in the seedstock side of the beef industry, Dorn added. There are two system levels available: premium and starter. The premium level includes estrus detection, health detection and group reporting. Tags for this level cost $72 each. The standard level is strictly for estrus detection, and that cost is $56 per tag. In addition to tag cost, initial set up for the software, reader (antenna) and maintenance is $2,700. The system will run on both Macs and pcs, and Dorn noted it's recommended computers be less than 5 years of age. Additional readers are $800 each.

Reiss said he continues to find new uses for the system. For example, if a cow breaks her behavior pattern, it may be because her calf is in distress. Getting an alert to check her, can keep a problem like BRD or scours from snowballing and affecting a lot more calves.

He added he's also picking up more silent heats with the system, and is interested to see if the estrus detection component will let him eliminate the CIDR on some cows and have more of a one-shot protocol. That would save money and time. 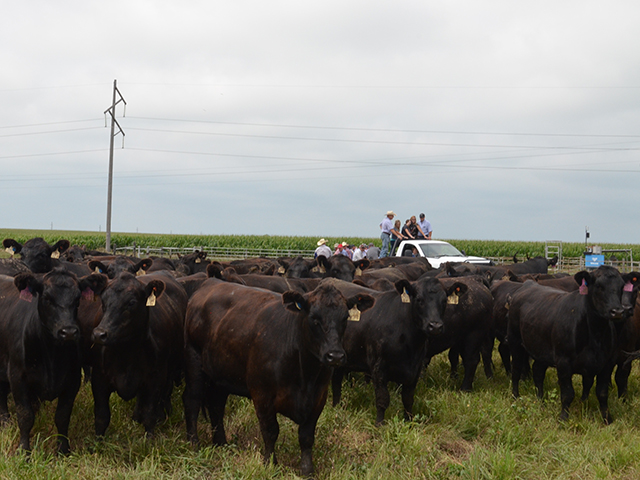