MEAD, Neb. (DTN) -- Declining cattle numbers in some regions of the country are a door of opportunity for Nebraska's producers. That's what Jim MacDonald believes, and it was the focus of a recent field day at the Eastern Nebraska Research and Extension Center near Mead.

MacDonald, associate professor of animal science at the University of Nebraska-Lincoln (UNL), noted the cattle business is the single largest industry in the state. With that in mind, the Beef Systems Initiative was created in November 2016 to provide a central point for researchers, UNL Extension specialists and USDA to find ways to grow and improve the state's beef production systems, as well as uses of available forage resources from croplands and pasture.

"Failure is not an option here," MacDonald said. "We have to figure out ways around barriers to adoption of these systems."

One of the premier programs the initiative is focused on is an alternative cow-calf production system utilizing different types of forage. Zac Carlson, a UNL doctorate student, gave a presentation at the field day sharing research into cow/calf production using confinement (cow/calf pairs housed in a lot) and corn stover.

The system had a breakeven in line with more traditional cow/calf practices, compared to straight year-round confinement. Breakeven through weaning in these more traditional enterprises came in around $1.75/lb. In the study comparing a confinement system and corn stover, the breakeven was in the same range.

With pasture becoming more difficult to find and rental rates rising in recent years, land is often a barrier for producers interested in establishing or expanding cow/calf operations. Carlson noted this research shows there are other ways to manage a cow/calf operation.

"What this shows you is partial confinement can compete when grass prices are higher," he explained. The alternative system, however, is not perfect.

To best match forage availability to the cropping-livestock system, producers could alter when calving, breeding and weaning times occur. Calving season could be pushed back to roughly July 25 to Sept. 23, breeding would occur from Oct. 16 to Dec. 15, and weaning around Oct. 10.

Research into this alternative cow/calf system is expected to continue, with 2017 marking the first year in a planned five-year study. Eighty cows are in both the traditional and alternative practices to compare and contrast. 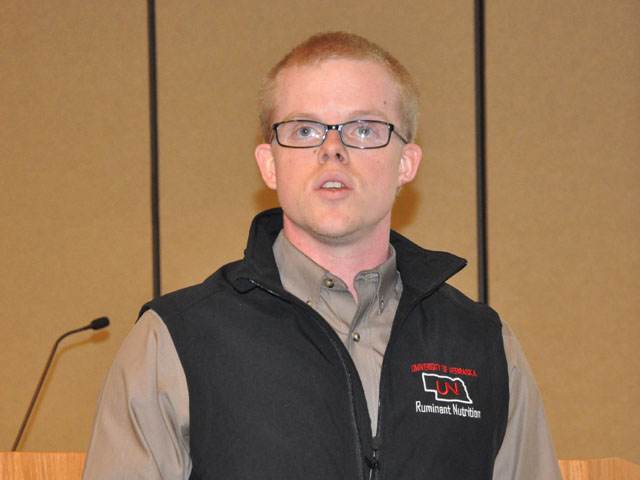