OMAHA (DTN) -- USDA has officially ended a rule on organic livestock and poultry practices that the Obama administration sought to implement at the tail end of the administration's tenure last year.

The Organic Livestock and Poultry Practices (OLPP) rule would have required a certain amount of space -- both indoors and outside -- for animal or poultry products to meet the National Organic Program guidelines. The rule also detailed handling rules for transport and slaughter.

USDA announced Monday that the rule will be officially withdrawn and ended on May 13, though it never went into effect. The rule was put on hold as soon as President Donald Trump took office and issued a regulatory freeze.

USDA officials said the rule exceeded the department's statutory authority and that tightening the rules would reduce participation in the National Organic Program.

"Not only did USDA not have the legal authority to implement animal-welfare regulations, but the rule would have also vilified conventionally raised livestock without recognizing our commitment to raise all cattle humanely, regardless of the marketing program they're in," Kester said. "Secretary Sonny Perdue deserves a lot of credit for yet another common-sense decision that will benefit America's cattle producers."

Zippy Duvall, president of the American Farm Bureau Federation, said livestock health and well-being are a priority for all livestock producers.

"We rely on trained professionals, including animal scientists, nutritionists and veterinarians, to ensure the health and safety of our food. The rule did not promote food safety or animal welfare. It went beyond the intent of the Organic Production Act by allowing for animal welfare standards and metrics to become part of the organic label," Duvall said. "Had the rule gone into effect, forcing organic farmers and ranchers to arbitrarily change their production practices, many would have been driven out of the organic sector or out of business entirely, reducing the supply of organic food choices for America's consumers."

Countering groups backing USDA's decision was the National Farmers Union, who said that withdrawing the rule is a detriment to family farmers. USDA's move will further create confusion about the meaning of the organic label, said Roger Johnson, president of NFU.

"USDA's action to withdraw the OLPP rule is a mistake that will cost the family producers who already adhere to strict standards in order to meet 'organic' standards. It puts them on an uneven playing field with the types of operations who skirt the rules, yet also benefit from the same USDA organic label."

"It's official -- the Obama administration rule that would have jeopardized the livelihood of organic livestock and poultry producers is gone," Roberts said. "America's organic livestock and poultry producers can now breathe easy that they can maintain the health of their flocks and herds the best way they see fit, and they will not be driven out of business by another government regulation. I thank Secretary Perdue for listening to their concerns and withdrawing this damaging rule."

The Organic Trade Association still seeks a day in court over its litigation against USDA over the livestock rules. The OTA argues that USDA chose to roll back the livestock and poultry rules without consulting the National Organic Standards Board. USDA also repeatedly delayed the rule and "arbitrarily ignored the overwhelming public record established in support of these organic standards." 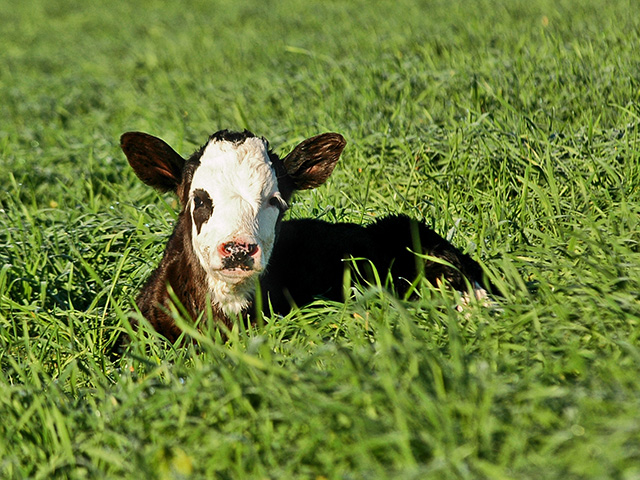