E. coli 0157:H7 has been a major area of concern in the food industry for years, and for good reason. Every year more than 63,000 illnesses and 20 deaths are attributed to exposure to the toxin-producing pathogen. It can come from a variety of foods, including beef, raw milk and juice, soft cheeses made from raw milk and raw fruits and vegetables.

Working to find sources of this bacteria in cattle, Cornell University College of Veterinary Medicine researchers hypothesized water contamination might be at issue. If it were, that could offer one way to try to limit the spread of E. coli 0157:H7. Renata Ivanek is associate professor of epidemiology at Cornell, and senior author of the paper that reported testing of this hypothesis.

Trials over two summers looked at water levels in automatically refilling troughs in feedyards in the Texas Panhandle. Researchers wanted to see what, if any, effect water levels had on fecal shedding of E. coli 0157:H7. At the end of the day, the team found water was a source of the pathogen's spread; but also that water levels in the troughs played a role.

Ivanek noted initially they thought fuller water troughs would be a better source for the bacteria, but the opposite proved true. While more research is needed, the researcher said having more water in troughs reduced E. coli concentrations; whereas less water increased contamination, presumably because it forced cattle to swallow more debris at the bottom of the tank.

When cattle carry E. coli 0157:H7 it has no negative affect on their health, thus it is invisible to ranchers and feedlot operators.

Beginning in 2009, a vaccination became available that reduces shedding of the bacteria by as much as 98%. Referring to this, David R. Smith, University of Nebraska noted in a 2014 report that "preharvest interventions. . .should reduce the likelihood that cattle carry the organism, have practical application within the beef system and add sufficient value to the cattle offset the cost of the intervention".

There is no firm data on number of operators using the vaccine, but it is likely very low. Economic returns are at issue. In a 2014 study on the market impacts of the vaccine, Glynn Tonsor, associate professor of agricultural economics at Kansas State University, reported an estimated cost of $8.35 to $14.99 per head, for cattle given the vaccine. The difference between those numbers was tied to whether or not there was an impact on animal performance with two injections.

To date much of the emphasize on minimizing the pathogen has taken place in beef processing operations. Those efforts, according to reports from the National Institutes of Health (NIH), have reduced incidence of human infection, especially when compared to pre-2005 levels.

At the processor level, there are a number of steps that can be taken to reduce pathogens. Hide and carcass washes, careful dressing and steaming procedures all help reduce E coli 0157:H7.

In addition, in January the FDA approved the use of irradiation of foods, including beef, as a means of destroying pathogens. Foods that have been irradiated will bear a symbol and a statement alerting the consumer that the process has taken place. 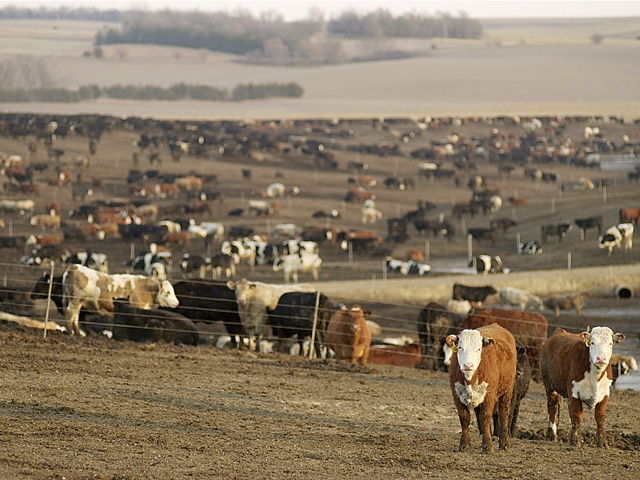