Back in my salad days of reckless day-trading (as in aggressively tossed, chopped and shredded), I painfully labored under the idiotic assumption that extreme market volatility was the key to a young man's fortune. The only real problem in successfully mining CME chaos for the intrepid and nimble investor was lining up enough armored trucks to haul the non-stop stream of profits to the bank.

Fortunately, once my kindly broker paid off a boat and two motorcycles, he took me under his wing with more prudent instructions regarding technical analysis, options and general rules of risk management. While this valuable schooling never managed to park my balance sheet on "Easy Street," I remain eternally grateful at how it at least slowed the life-threatening loss of blood.

When I became DTN's livestock analyst several years later, terms of employment forbid speculation in commodity futures. Believe me, this restriction still stands, in my estimation, as an absolute jewel in the company's total benefit package.

But even though I haven't funded a trading account in decades, pearls of wisdom from that old broker somehow live on. For example, he had a good rule on how to judge the age and potency of market news and rumors: Once a story finally makes its way to the mainstream media, its market-moving ability is probably as dead as Judge Roy Moore's presidential aspirations.

I thought of this valuable metric last week when the Washington Post featured a long article on the aggressive forward march of cattle carcass weights. Maybe the same radical edition contained other spoiler-alerts like "Weinstein admits to dating problems" or "Putin favored to carry Russian election."

Talk about swinging behind the curve. Cattle weights have been moving relentlessly higher since the mid-1970s, so this "newsflash" from the Post is not likely to shake the price tree one way or the other.

On one hand, the article did accurately (sort of) depict, albeit in awkward verbiage, the size of the weight swing: "Since 1975, the weight of the average cow at slaughter has increased by roughly nine pounds each year -- from 996 pounds in 1975 to a whopping 1,363 pounds in 2016. ('Cow' technically refers to adult females, only, but is used colloquially for cattle in general.)"

On the other hand, fact-checkers at the venerable newspaper were clearly asleep at the wheel at some points. For example, the article grossly understated the decline in cattle population, saying, "U.S. ranchers now produce more beef at a lower cost than they did 40 years ago, even though herds have shrunk by 13 million."

For the love of fake news, a mere five seconds on Google would have informed the WP writer that the national cattle herd has imploded by 40 million head since 1974. Such disregard for accuracy leads me to a bigger criticism of the Post's rehashing of old, old, news.

Specifically, nowhere in the article's uneven presentation of weights and herd count stats does it attempt to correlate the two factors.

In short, the critical story of how draining herd numbers necessarily (via genetics, implants, feed additives, feeding practices) led to larger steers and heifers was not told. This logical relationship was of course driven by the need to limit the loss of beef market share within the total picture of consumer meat demand.

Helpless in the face of an imploding production base and exploding chicken tonnage, U.S. cattlemen had no choice but to find ways to do more with less. Enter the long train of circus elephants that gets a little heavier with each car added.

Frankly, the outdated story turned somewhat interesting when it considers retail implications of huge cattle carcasses. Expanding in proportion to its host bovine "the surface area of the average rib-eye grew roughly two square inches -- or two postage stamps -- between 1991 and 2016. Those larger muscles result in massive, expensive portions if they're cut to a traditional one- or 1 1/2-inch thickness."

"As a result," the Washington Post quoted Davey Griffin, a professor of animal science at Texas A&M, "restaurants and grocery stores have changed how they cut and market steaks. The most common adjustment, especially among mass-market chains, is to simply slice traditional cuts thinner."

The article ends by questioning whether thinner steaks, necessitated by retailers and food managers in search of manageable price points and margins, will cause consumer beef demand to soften, as these thinner cuts offend "traditional" steak perceptions. It's a good question, but again not a new one. Under the radar of most, I would argue that the average sirloin and rib-eye has been slimming down for more than a generation.

The greater question may go something like this: "Is there a tipping point in the ongoing thinning process where beef lovers will turn away from servings that look more like pancakes than boneless strips?"

While the cattle herd may still be expanding in the current cycle, I don't see the number growth as substantial enough to completely stop this problematic trend toward thinner cuts.

Not only do thinner steaks suffer in terms of eye-appeal, they constitute products with much smaller margins of preparation error.

Interestingly, the "Catch-22" of thin steaks (i.e., the beef industry could lose demand with them or give up more market share without them) has recently been examined by thinkers far to the west of the Washington Post. Researchers at Purdue and Oklahoma State have just released a consumer study regarding the appeal of thinner steaks.

Jayson Lusk, head of Purdue University's department of agricultural economics, and his fellow OSU researchers Derrell Peel and Josh Maples surveyed more than 1,000 U.S. consumers, presenting them with a series of choices that varied in the type, thickness, area and price of the steak.

"In essence, our survey implied consumer preference varies relative to steak size but are generally in unison in their dislike for the thinnest cuts of steaks," Lusk said. "The aggregate welfare loss from the increase in carcass weight with respect to ribeye and sirloin steaks is $8.6 billion for the two largest classes. That is significant."

I'm pretty sure my eyes would quickly glaze over if these researchers tried to explain the math and analysis behind this estimated loss thanks to thin steaks. Yet with all due respect from a guy that barely passed the second year of algebra, I'm guessing their damage assessment is too high.

Why? Because the study is too limited, plate presentation and eating context too subjective, and, most importantly, seems to ignore the "Catch-22" reality mentioned above.

Whatever demand loss can be blamed on thinner steaks must be at least partially offset by how bigger carcass over the years has clearly worked to minimize market share loss to chicken and pork.

Thick or thin, you can't cut what you don't have. 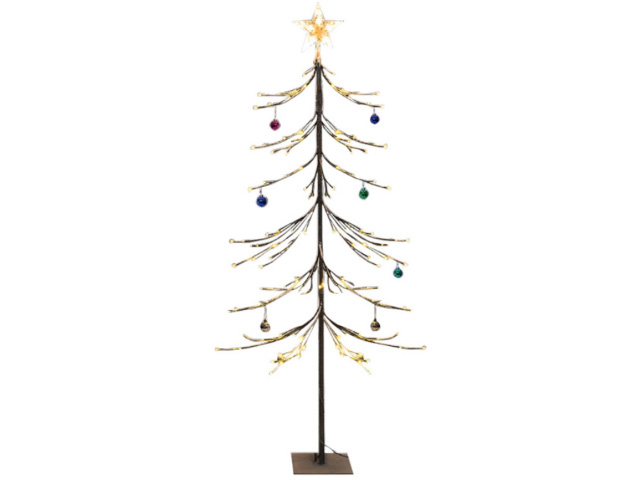