Pasture-based stockers may be at the mercy of weather, but most will admit the No. 1 production headache they have year in and year out is health care.

As he gets them in, Glover puts the new calves in a pen with water and hay so they can rest. Calves are vaccinated against IBR (infectious bovine rhinotracheitis), BVD (bovine virus diarrhea), blackleg and Pasteurella. They also get an antibiotic and a Multimin injection (zinc, manganese, selenium and copper), and they are implanted. The majority have to be castrated.

"We estimate 80% of the cattle we buy are bulls," Glover says. "When we get them, I have to assume they haven't had anything, and that is true for the steers as well as the bulls."

That is true of dewormers, too. On Glover's list is a generic injectable dewormer. He says he feels more confident that an injectable gets into the calf's system, giving him a good kill on any internal parasites.

The next two to three weeks, depending on weather, Glover transitions new arrivals to bigger grass traps until they are on pasture. Three to four weeks after arrival, he gets them back up to give them an IBR, a blackleg booster and another deworming—this time with a generic pour-on. His plan is customized to his operation.

"My vet has checked fecal counts behind brand name and generic pour-ons, and he says there isn't much difference in my case," Glover says.

Depending on weather and gains, 60 to 120 days later cattle are sorted into truckload lots. If they are only going to be there a couple more weeks, he doesn't deworm them again. If they are going to be on his place longer, he'll give them another dose of a generic pour-on.

Stocker operations aren't the place to skip dewormers, University of Georgia veterinarian Lee Jones says. "Stockers are probably the cattle at the greatest risk for internal parasites," he says. "A lot of people just don't deworm their calves."

Jones says calves coming into stocker operations in the South often have a particularly high parasite load. This is likely due to the number of permanent pastures in the region.

"The calves were most likely on the same pasture year-round, and that's the most contaminated pasture because the cattle are never off of it," he explains.

In a USDA National Animal Health Monitoring System (NAHMS) study, up to 90% of Southeastern calves tested positive for strongyles. Found in the stomach and small intestine, strongyles are an economically important class of nematodes because they affect both growth and the immune system of lightweight calves.

Ostertagia and Cooperia are the most common parasites of concern in stocker cattle. Liver flukes can be a problem in certain parts of the United States, most often in low-lying swampy areas.

Jones recommends stockers who rely on injectable ivermectins also use an oral white paste dewormer, such as Synanthic, Panacur, Safe-Guard or Valbazen.

"Some stocker operators use one and come back at re-vac with the other. It's a good strategy because it increases coverage and gets more types of organisms."

Pastures full of lush, green grass look like profits to stocker operators, but they can also be the source of the larval stage of parasites.

While dewormers are an important tool, there are other ways to hold down parasite levels. Start with the fact that larvae can't crawl more than a few inches up a stem of grass. That means the closer to the ground cattle graze, the more likely they are eating larvae.

Managing stocking rates and moving cattle between pastures can be very effective ways of keeping parasite levels down.

That's one reason Alabama's Glover works so hard to avoid overgrazing. His staple forage is fescue, but he also has bermuda and bahiagrass. Ryegrass is available for grazing in the cooler months.

"We rotate our pastures, and if we run out of grass, we sell the cattle," he says.

Glover's wife, Brenda, is his partner in the operation, and a regional Extension agent. She sums it up plainly: "If your cattle overgraze pastures, it is like you eating off the bathroom floor."

While it would seem to make sense to deworm stocker cattle and then put them on clean pastures, Louisiana State University veterinarian Christine Navarre says that isn't necessarily the case.

"That may lead to anthelmintic resistance," she says. "Then we have little refugia [parasites that aren't resistant to dewormers] left on the pasture, and we eliminate refugia in the animals. The only parasites left in the animal are resistant. When they reproduce, they will likely contaminate the pasture with an almost pure population of resistant parasites.

"If the pasture continues to be tilled between groups, the impact can be minimized," she continues. "But if that becomes permanent pasture, then it is dangerous."

Navarre says stocker operators can unwittingly contribute to resistance problems by deworming frequently while cattle are on permanent pasture. She says this is particularly a concern if they are using the macrocyclic lactones, which have a residual effect.

She recommends not trying to wipe out all the parasites on an operation. "Cattlemen should work with their veterinarian to find a balance between keeping overall parasite levels low enough to prevent economic losses, while at the same time retaining some refugia to slow the progression of anthelmintic resistance." 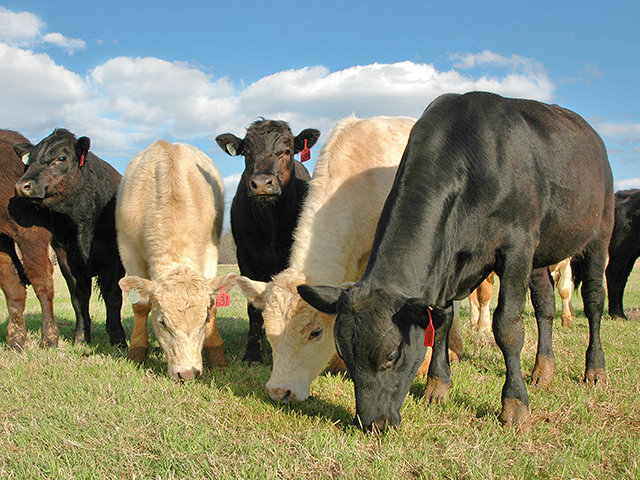