Johne's is a disease that goes way back for Jimbo York. He thought they were dealing with it, but things turned worse.

"We had five to eight cows a year waste away and die. We'd get 'em up and feed 'em, and they'd get a little better; but then they'd get worse again. I got tired of it," the Gallion, Alabama, producer says.

Johne's, commonly referred to as a wasting disease, is more prevalent than many producers want to admit. It spreads through the manure of infected cows, as well as colostrum. It causes persistent, watery diarrhea. York's veterinarian, Jimmy Payne, advises, "If you deworm a cow twice, and she still has diarrhea, it is probably Johne's."

More common in dairy herds, the 2007 National Animal Health Monitoring System (NAHMS) survey found Johne's present in 68% of U.S. dairy herds. University of Tennessee veterinarian Lew Strickland says only an estimated 7%to 8% of beef herds are infected. It's bad news for them, however.

"There is no treatment. There is a vaccine available, but it is not that effective at all. In some states, you have to get the state vet's permission to use it," he says.

As a result, York, who owns around 1,000 cows with his brother, Bill, daughter, Mary Lemuel Wheeler, and her husband, Andy, started a test-and-cull program on their commercial herd.

In May 2015, Mary Lemuel, under the direction of Payne, took blood samples from every cow when they got the calves up to work them. In August, when they penned the calves again to ship them, they removed cows that tested positive for Johne's and sent them straight to harvest. They had 22 positive cows. They repeated the process in 2016, when they had 23 positive results.

"It would break your heart," York says. "The blood test shows it early, and they would be the prettiest cows you've ever seen. Dr. Payne convinced me they had to go, though."

The blood test, an enzyme-linked immunosorbent assay (ELISA), is $2 a head at the state veterinary lab in Alabama. The lab also charges a setup fee of $10 per operation. Charges vary from state to state. That doesn't include cost of the syringes for producers drawing the blood or veterinarian's fee. The turnaround time for results from the lab is usually around a week in Alabama.

While the ELISA test can work as a screening tool in animals 3 years old and older (Johne's normally only shows up in mature cows), University of Wisconsin veterinarian Michael Collins recommends the more sensitive manure test for seedstock producers who sell breeding stock. "Even if an animal doesn't show clinical symptoms, if it is positive, it can infect animals in other herds," he stresses.

With this test, the lab can look for genes of the bacteria that cause the disease. Sampling is simple, only requiring about a tablespoon of manure placed in a labeled plastic sandwich bag and refrigerated until shipped to the lab with enclosed cold packs. Turnaround time, like the ELISA test, is usually a week, but the manure test is more expensive, averaging $30 to $35 a sample.

For now, the Yorks and Wheelers will stick with the ELISA test, but they are taking another key measure to keep Johne's out of their herd.

"We went back to raising our own replacement heifers," York says. "We're not bringing in any outside cows."

He adds, "We haven't lost a cow to Johne's since we cut that first bunch out in 2015. We're looking for the number of positive ones to really drop off, too."

Whether you're on a test-and-cull program or trying to prevent Johne's from entering your herd, University of Wisconsin veterinarian Michael Collins recommends the following:

• Keep Things Clean. Johne's is spread through manure. Cows lie down in manure and get it on their udders, then calves ingest the manure when they nurse. If you calve in pens, thoroughly clean them after every cow or heifer calves. If you calve in pastures, move new calves and their dams to a fresh pasture as soon as possible after calving.

• Colostrum Concerns. Johne's is also spread through colostrum. If you have to bottle-feed a calf, buy a commercial colostrum replacer, or get colostrum from one of your own cows (that you know is Johne's free). For producers who get colostrum from a dairy, be sure the dairy has been certified as Johne's-free.

• Use Biosecurity. Be careful when buying animals from another herd or through a sale. If possible, buy from a Johne's certified-free herd. If that isn't possible, isolate new animals, and test them for the disease before introducing them to common areas. 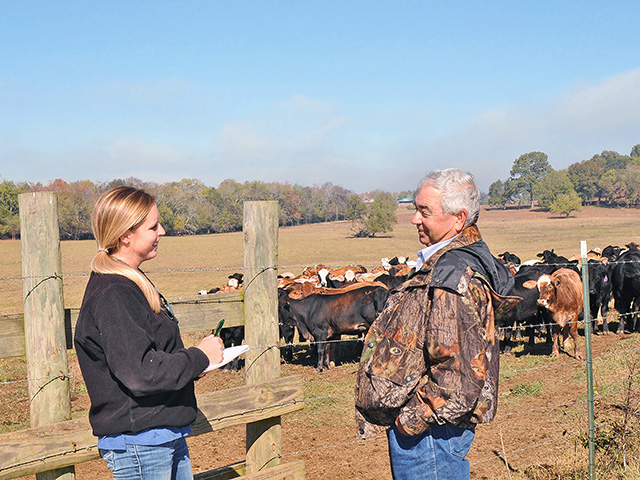