Managing manure produced by a large cow herd is a headache for dairy farmers. But John and Nettie Rosenow, owners of Rosenholm Dairy, in Waumandee, Wisconsin, found a way to turn manure into money.

The two set up a companion enterprise centered on transforming manure into high-quality compost products, in demand by gardeners, large-scale vegetable growers and landscapers. "In agriculture these days, the lows in prices seem to hang on a little longer than they used to," Rosenow said. "Diversifying gives you a way to withstand some of that."

Following a barn fire in 1989, the Rosenows built a new dairy facility and increased their milking herd from 100 to 300 cows. "We needed a place to go with the manure," Rosenow recalled. "Someone suggested we give composting a try." Even if they couldn't sell it, the couple could haul compost to their fields as fertilizer. But they wound up selling it—big time.

TheIR Process. The Rosenows flush manure and sawdust bedding from barns twice a day with recycled water and pump it over a large screen. The liquid portion of the waste falls through the screen and goes into a 6-million-gallon lagoon. They use this water to irrigate 1,000 acres of crop (alfalfa and corn) ground.

Solid waste from the separator goes to a 3½-acre asphalt pad in large windrows. When temperature in the windrows reach 130°F, they turn the material. That process incorporates air into the rows and transforms the raw material into compost.

Initially, the Rosenows took a casual approach to marketing. "People would drive in and load up a trailer, or a garden center would call and put in a small order," Rosenow said. "We didn't make any money on it the first decade or so."

In 2002, the Rosenows and Loren Wolfe, a neighboring farmer who became a partner in the dairy in 1997, decided to step up marketing efforts. By that time, the dairy's cattle inventory had grown to around 500 milk cows and 500 replacement heifers.

New Career. "I got in the truck and spent three days straight calling on garden centers and organic vegetable growers," Rosenow said. "At first, I really didn't care much for it [the selling]. Like a lot of farmers, I thought of myself as a producer, not as a marketer."

As sales grew, however, Rosenow started attending large trade and consumer shows in Wisconsin and neighboring states. "The sales work started being fun, I found I liked meeting people."

Rosenow now spends most of his time managing the compost enterprise. "Dairy will always be our primary business," he said. "But the income from the compost is significant and helps the bottom line a lot. The good thing is that it's not dependent on milk prices."

There have been personal benefits, as well. "It's been great learning about a whole different industry, and it's allowed me to develop a whole new skill set," Rosenow explained. "Best of all, I've met a lot of interesting people and made a lot of friends I wouldn't have come to know otherwise." 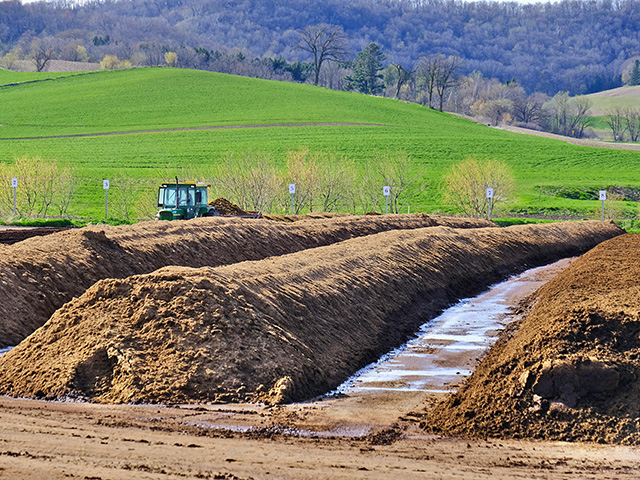