With more than six years of research and collaboration behind them, Bill Pinchak and Gordon Carstens, have defined a system that relies on cattle behavior to spot cases of Bovine Respiratory Disease (BRD) before pen riders or animal health providers typically can.

"By the time major visual diagnostic criteria exist for sick cattle, such as nasal discharge or lowered ears, that animal is often already sick," Pinchak said.

The tendency to mask early symptoms of illness goes back to the fact that cattle evolved as prey animals. By continuously monitoring behavioral changes electronically, including frequency and duration of bunk visits, duration of non-feeding intervals, time with the head down and time to approach the feed bunk following a feed-truck delivery, Pinchak said ill animals can be spotted before those more obvious visual signs manifest. Research has shown steers with clinical symptoms of BRD, for example, spend 30% less time at the feed bunk than healthy steers.

The scientist noted groundwork for the system was done along with A&M students Will Kayser and Kirby Jackson. He said they now have the "proof of concept" needed to take the work to the next level—a system for use in commercial feedlots.

The most recent study ran 70-days and included 231 seedstock bulls, 8 to 9 months of age and vaccinated. The bulls were in a College Station facility with GrowSafe feed bunks. They were fitted with passive electronic identification tags (EID) to track their movements.

Pinchak said they were able to detect or predict accurately, and repeatedly, illness--two to four days prior to clinical analysis.

"Our goal is to decrease the duration of the illness in the cattle and the number of animals not responding to treatment, or relapse rate," he explained.

Ultimately Pinchak said use of such a system would reduce use of antibiotics and expense—and improve animal health and welfare. At the commercial feedlot level the diagnosis system would require a type of "dashboard" and Radio Frequency Identification (RFI) tags. Pinchak noted adoption of the system by commercial feedlots would be tied to getting cost of the system to a point where the technology made financial sense to an operator.

A look at BRD statistics shows how quickly the numbers add up. The most prevalent and costly disease in U.S. feedlot cattle, BRD accounts for about 75% of morbidity and 50% to 75% of mortality cases each year. A 2001 economic estimate put cost of the disease to feedlots between $800 and $900 million annually due to animal death, reduced feed efficiency and treatment costs.

Pinchak noted diagnosis of this disease complex is challenging and tends to rely on visual appraisal. Earlier detection and treatment could improve efficacy of antimicrobials and reduce the overall economic impact of BRD.

"Typically, the accuracy is about 60%," he said, referring to visual appraisals. "So there are a lot of animals that are not diagnosed and end up being poor performers, or die."

As work goes to the next level, Pinchak said they plan to bring the system to a commercial feedlot with high-risk cattle. He anticipates commercially viable system within 2 to 5 years. 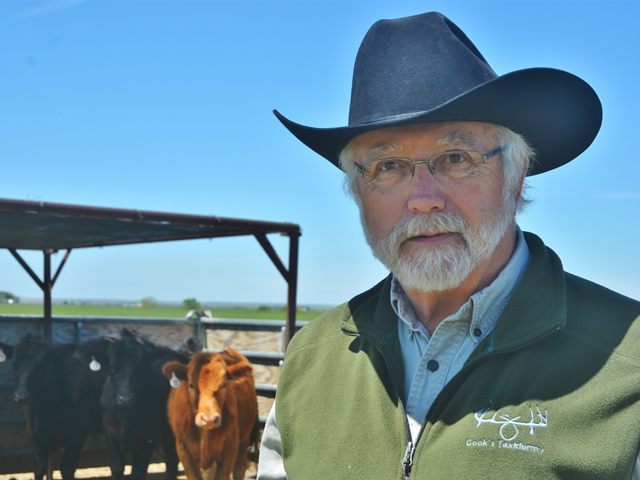