"There's more than ample room for housecleaning in the tax code," CliftonLarsonAllen CPA and ag tax principal Andy Biebl said. "It doesn't get massive publicity in the grand scheme of things, but we're overdue for a cleanup."

The Republicans' surprise election means one likely quick reversal will be IRS efforts to end stock discounting when families transfer minority interests in their business, Biebl and other ag CPAs now say. That's been a popular tax saver for larger farm estates, permitting discounts of 30% to 40% in many cases. An IRS regulation proposed by the Obama administration last August had been expected to ban the practice in early 2017, but more than 3,500 organizations voiced opposition to the change. A public hearing is scheduled Dec. 1, but Biebl and other accountants now expect IRS to drop its attack.

More important, House Speaker Paul Ryan, R-Wis., and Ways and Means Chairman Kevin Brady, R-Texas, are likely to take the opportunity to propose massive reforms, perhaps the most significant since the 1986 landmark tax act during the Reagan era. Back then, Congress replaced 15 personal income tax rates with two brackets and reduced the top federal rate from 50% to 28%. It also took a massive swipe at tax shelters that had attracted passive investors to cattle feeding and oil investments.

Both House and Senate tax leaders have been floating tax overhaul proposals for much of the past five years, so much of the groundwork already has been laid for wholesale reform now, other tax advisers say. What's not clear, however, is whose version of tax simplification will eventually prevail.

"I'm sure those earlier drafts will be resurrected, but this is really sausage-making legislation," said Brian Kuehl, director of federal affairs for KCoe-Isom. "The House and Senate will have different versions of reform, and they're not going to be a mirror image of each other."

"The 'Better Way' proposal is more aspirational than directional," said Kuehl, a former Baucus senior staffer. "If you waved a wand, it's what House Republicans want in a bill, but the numbers have to add up."

Because of those competing versions, for example, "terms of how estate taxes would be treated are pretty sketchy," Biebl agreed. For example, while House leaders pledged to end estate taxes, President-elect Trump had advocated a 20% capital gains tax on estates over $10 million that hold appreciated property, in effect treating property within the estate as if it had been liquidated at death.

President-elect Trump's website initially proposed exemptions for farms, but the exact language has yet to be detailed. At the moment, estate tax experts surmise that rule would exempt working businesses and farms until the death of the second owner (spouse) or until the business was sold. But the rules are "vague and incomplete" at this stage, said Nick Houle, another CliftonAllen CPA and wealth adviser. "There's also no mention of gift tax treatment or the generation-skipping tax," he added, provisions that could circumvent estate taxes unless new guidelines are drawn. Otherwise, people could simply gift assets away during their lifetime.

Also on the table are significant cuts in income tax brackets for individuals and small business, an end to the Alternative Minimum Tax, reduced taxation on savings and investments, larger standard deductions and perhaps instant write-offs of most business investments other than land.

The House Republicans' "Better Way" plan calls for lowering rates on business income for sole proprietors and other pass-through entities to no more than 25% on their individual tax returns, down from current rates that can reach as high as 44.6%. If enacted, it would be the lowest rates for small-business owners since before World War II.

Just be aware some sacred cows may be culled to help pay for reforms, so agriculture may need to fight to keep its special treatment, Kuehl warned. Curbs on cash accounting could be a top target, since the method is widely used not just by farmers, but by engineers, accountants and architects to defer taxes. Ending that provision alone could raise $23.6 billion over a decade, budget analysts say. It's a sizable down payment to reduce the deficit or fund other priorities.

A 2014 Informa Economics study, commissioned by KCoe-Isom, estimated that even if farms with sales above $10 million were forced to adopt accrual accounting for tax purposes, the rule would affect 73% of beef production and 30% of the U.S. milk supply. Farm operations would owe $4.84 billion in accrued tax liabilities but have only $1.4 billion in cash on hand to pay their tax burden.

"It's really important for farmers and ranchers to look at tax reform holistically and study the whole package," Kuehl said. "You might be able to immediately expense your purchases, but if you can't carry losses backward or forward, it's hard to know if you'd come out ahead."

Another question mark is whether interest payments on land will be deductible. With so many variables, KCoe-Isom is building a computer simulator to help its ag clients assess how they would fare under various proposals and over various ag cycles.

"We want to take some guesswork out of it," he said. "We can do better than shoot from the hip this time."

Stakes are high, so keep abreast of news. Even with cash accounting and other special tax privileges for agriculture, farm businesses can pay sizable taxes now. "Wage earners pay a little bit of tax each week in their withholding. If you're a successful farm proprietor, you have to write one big check when filing your Schedule F. Often the numbers can be eye-popping," Biebl said. 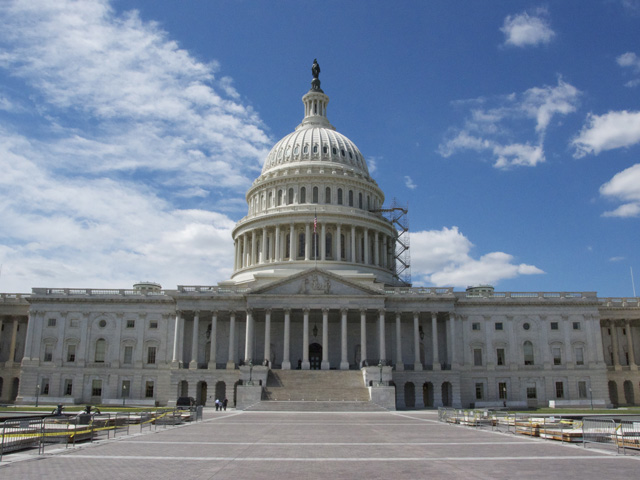