One futurist has opined that with the technologies coming to the American farm, managers will need to master the skills of three-dimensional chess to bring it all together. The technologies employed on machinery, the actions performed and the data collected and redeployed will be an operational disrupter -- even a destroyer -- of modern farm business models as we know them today.

Technology -- autonomy, automation, data acquisition and, most importantly, data interpretation -- will sow for those who learn it real-time solutions and undiscovered opportunities. It will remove chaos from the cab, and not because it will remove the operator from the cab itself in favor of driverless machine swarms. Autonomy and automation are tools of reproductivity, technologies that solve problems repeatedly, consistently and accurately.

"If a farmer could see in real time what is happening in the furrow, what kind of decisions would they make?" asked Julian Sanchez, director of emerging technology at John Deere. "They might see residue, they might see a different soil type, they might see condensation or moisture that would say the seed might be planted a little deeper in this area, or we should get past that old cornstalk so that seed has a better shot. What decisions can be made based on what they are seeing?"

Data is an input that may provide farm managers with a granular understanding of outcomes from each pass of the planter, each tillage pass, each applicator pass and at harvest a collection of both the physical crop and another round of data offering greater understanding of what transpired throughout the entire year.

"When we go out west, into Montana, up into Canada, those farmers would take (autonomous operations) right now," said Scott W. Wine, CEO of CNH Industrial. "(They've got) 11 combines running at one time, and they just (would rather) have one guy be the lead and everything else follow. Lack of labor and the need for autonomy will dictate that we move there faster than people think."

Matt Danner farms in western Iowa, near Templeton. "We're so data-rich, and yet, we're so information poor," he said. "We plant the same hybrid across several farms in dozens of different moisture levels, different heat units, planting dates, elevations, and then we collect the various yields and test weights," he said. "Tell me five things about that hybrid in those varied conditions that I can use next year."

Brett Arnusch is a modern, digital wrench-turner on the farm he works with his father, Marc Arnusch. Brett was hired to perform data comprehension on their farm outside of Keenesburg, Colorado. "Data comprehension is a new position," said Brett, who manages new-market penetration and social media for Marc Arnusch Farms, a grain, alfalfa and forage business. "Not everyone understands what I do, even on our own farm."

Brett fills a role that before had not existed. "But, I can assure you he may be the most important individual within our operation today," Marc said. "Brett sees technology in a different light. He sees opportunity."

Brett's job is to make data legible. "It is truly understanding what goes into each acre," Marc said, "and it is prescriptive analytics. Data will tell you, 'Hey, we're probably going to be getting some stripe rust here pretty soon; you might want to think about spraying.'"

Jesse Chisholm is regional sales director in North America for Trimble. He is well versed in guiding farmers as they add precision technology to their farms. "Data acquisition is pulling in information (perhaps) as an applied set of information, or it is being able to update a dataset in the field and then use that information for the automated workflow processes that are to come," he said.

Farms need technology champions, Chisholm said. "As you start to invest your time and finances into a technology, is there somebody to take that journey with, somebody who works for the farmer who understands his precision ag program?"

Steve Gerrish believes technology should be proactive. Gerrish, owner of Gerrish Farms, outside of Rockville, Indiana, wants to give life to his data. The equipment touching the soil needs to be connected, he said. "Farmers don't want to be morticians," said Gerrish, who is also CEO at Qmira LLC. "I don't want someone to tell me that I need to do something. Tell me what you've done."

Chris Dempsey, AFS marketing leader at Case IH, agreed. Technology is taking the "chaos out of the cab, simplifying in-cab operations -- AFS Harvest Command is an example of that -- in combination with what we're able to do with our digital tools outside of the cab," he said. "But, I'm not jumping all the way to the end game, which is taking somebody out of the cab. We will continue down that path where risk is removed and where more of the tasks in the cab are easier."

Case IH intends to give customers tools to plan their entire operation -- inputs, logistics, enterprise costs -- and then revenue recognition. It's the same end goal for every ag manufacturer of equipment and technology.

"We have the capability to generate as tilled, as planted, as applied, as harvested data layers. So, I can pull up the app on my phone and take a look at exactly what has taken place to get to the 232 bushels an acre average, then start to do some analytics," Dempsey said.

"Farmers use that technology in the cab to maximize productivity and efficiency, but it also drives (revenue) to the bottom line of their operation" by providing harvesting consistency, said Leo Bose, manager, harvest marketing, at Case IH North America. "Sensor technology gives us feedback in milliseconds. The benefit to the producer is whether they're in the field or in the planning session, they'll be able to look at that data and make decisions."

Dempsey added, "I suspect that we will start to see the analytics trend into even tighter spatial areas; you're going to get even more robust analytics."

One example is prescription zones. "Today, they tend to be very often loose -- you look at a soil type, you look at a yield map and you kind of eyeball it," he said. "But there are already clear advancements in the industry that are going to dial that down into much more concise zone breaks."

1. Technology plan. Identify the opportunities and improvements you want to see from your precision ag investments.

2. Education. Attend seminars and field demonstrations for a better understanding of the technologies.

4. The platform. Understand what the technology platform is. Is it expandable?

5. Economic gain. How does technology affect processes? If you find a 10% savings, where did it come from?

6. Capture savings. If a planting technology reduces seed costs by 3%, what does that mean? Did that savings come from better seed, better placement, better spacing or a better understanding of soil types?

7. Implementation breakdown. Managers must be willing to think differently with every new data stream.

To see other stories in this High on Tech series, go to: 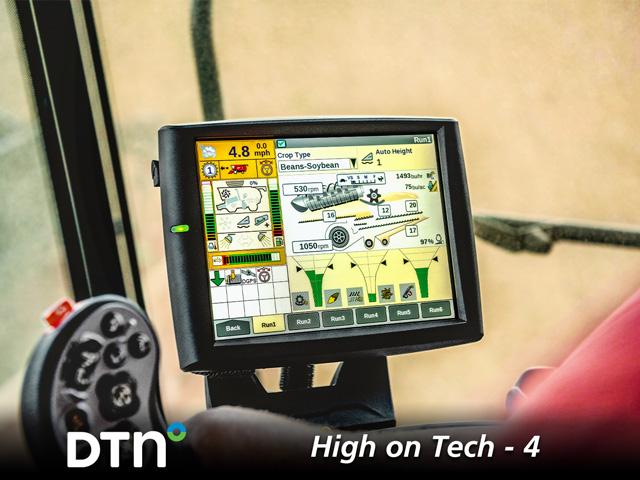