Tough times continue for U.S. farm equipment manufacturers as both domestic and global sales continue to be down compared to a year earlier. In a recent Association of Equipment Manufacturers (AEM) Ag Executive Advisor December newsletter, the group released data from November. The number of farm tractors and combines sales is not very good.

Looking at the U.S. numbers, total two-wheel-drive tractors are actually up 8.4% comparing Nov. 2016 to 2015. What is supporting this market is 40 horsepower (hp) tractors and under. This market saw an increase of 22.6% during this time.

"Farm tractors under 40hp reported a growth of 33% in Nov. 2016, compared to the same period last year," the report said. "Year to date, this category has experienced an 11.7% growth."

Tractors from 40hp to 100hp was down 5% while tractors over 100hp were even worse, coming in 27.1% lower compared to last year. The newsletter said tractors in the 40 to 100hp range continue to underperform compared to the previous year, but they straddled the five-year average.

"The relatively strong incomes in the livestock sub-segment that supported demand is expected to become subdued over the next year," the reported added.

Four-wheel drive tractors were also lower, down 4.2% compared to a year earlier. Combine sales fared even worse than tractor sales during this time with sales data showing a 30% drop looking back to November 2015.

The global market for manufacturers is not much better, according to AEM. U.S. farm equipment exports were down 14% overall for the first three quarters of 2016 compared to the same period in 2015, for a total $5.1 billion shipped to global markets.

"The ag equipment industry continues to suffer from a global ag downturn in large part to low commodity prices," the newsletter said. "While some counties might benefit from their higher commodity production levels, the U.S. manufacturers are watching from the sidelines as a strong dollar is making them less competitive in the global marketplace."

The AEM stated their outlook for the fourth quarter of 2016 remains subdued as the U.S. dollar is experiencing its longest rally in 16 years. 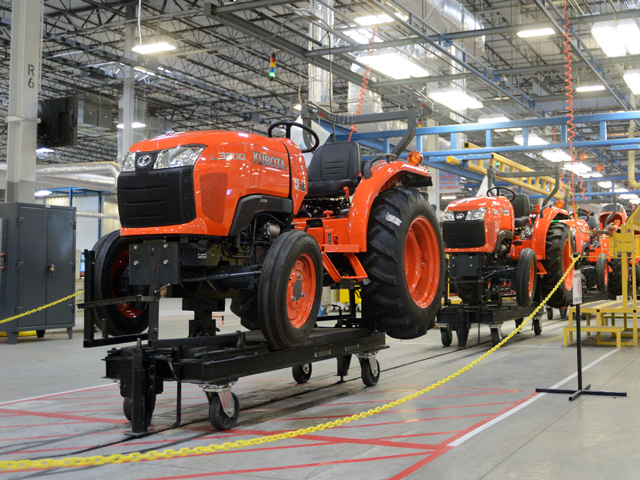