OMAHA (DTN) -- After hearing from his cabinet secretaries for Labor, Agriculture and Transportation, President Joe Biden on Monday called on Congress to intervene to stop a potential rail strike next week.

The White House late Monday afternoon sent out a statement from the president calling on Congress to adopt the negotiated labor deal reached in September without any changes or delays "to avert a potentially crippling national rail strike."

The president highlighted the risks to several areas of the economy, including agriculture.

"Let me be clear: A rail shutdown would devastate our economy. Without freight rail, many U.S. industries would shut down. My economic advisors report that as many as 765,000 Americans -- many union workers themselves -- could be put out of work in the first two weeks alone. Communities could lose access to chemicals necessary to ensure clean drinking water. Farms and ranches across the country could be unable to feed their livestock," Biden stated.

Biden's announcement comes after the U.S. Chamber of Commerce on Monday spearheaded a letter of 449 business groups -- including dozens in agriculture -- essentially also asking for Congress to step in.

"No one wins when the railroads stop running," the business groups wrote to leaders of Congress.

The letter calls on Congress to "take immediate steps to prevent a national rail strike and the certain economic destruction that will follow." The 449 business groups want Congress to intervene before the end of the current "status quo" period on Dec. 9 -- 12 days from Monday.

The president declared he is "a proud pro-labor President," and reluctant to override the ratification votes for unions in labor talks. But the president also hailed the deal reached with his Labor Secretary, union leaders and the railroads that provided "a historic 24% pay raise for rail workers." The president said the deal also provides better health-care benefits and the ability to for "operating craft workers to take unscheduled leave for medical needs."

While eight backed a new contract that came from Presidential Emergency Board recommendations, four unions voted it down. All of the unions, and their 115,000 or so members, could strike if negotiations don't reach a deal. The big sticking point for workers remains sick leave policy -- a situation that became more important to workers because of illness and deaths of co-workers because of COVID.

The letter from U.S. business groups warned that disruptions to industries will hit before the actual strike date. In September, the freight railroads stopped hauling hazardous materials such as chlorine and fertilizer three to five days before the first strike deadline loomed. This led to "interruptions in fertilizers, chlorine, and other products essential to clean water, our food supply and electricity generation," the business groups wrote.

The Association of American Railroads issued a report in September that a rail strike would cause as much as a $2 billion a day impact on the U.S. economy.

The letter added, "Many businesses will see the impacts of a national rail strike well before Dec. 9 -- through service disruptions and other impacts potentially as early as Dec. 5. The sooner this labor impasse ends, the better for our communities and our national economy."

The American Chemical Industry this month issued a report that a railroad shutdown of five to seven days would lead to chemical plants to idle because they typically don't have more than five days of empty containers or raw materials on hand.

The U.S. Senate returns to the Capitol on Monday evening and the House reconvenes on Tuesday. Rep. Steny Hoyer, D-Md., the outgoing House majority leader, stated in a letter to members Sunday that House leaders were monitoring the progress of the railroad talks.

Biden cautioned against lawmakers in Congress seeking to modify the labor deal to either improve it for management or labor. "However well-intended, any changes would risk delay and a debilitating shutdown. The agreement was reached in good faith on both sides."

The president added, "Congress has the power to adopt the agreement and prevent a shutdown. It should set aside politics and partisan division and deliver for the American people. Congress should get this bill to my desk well in advance of December 9th so we can avoid disruption."

The last rail strike was in 1992. It only involved one railroad, CSX, and one union, but railroads nationally halted traffic when the strike began. Within two days, Congress passed a bill banning strikes and lockouts within the railroads.

Citing that a negotiated deal between the railroads and the unions "is the best outcome," the business groups cited, "the risks to America's economy and communities simply make a rail strike unacceptable."

Rail car shipments of grain for the week ending Nov. 12 was down slightly from a year ago, but also higher than the three-year average for rail cars. A total of 23,932 grain cars originated that week, down 1,366 grain cars from the same week a year ago, according to USDA. 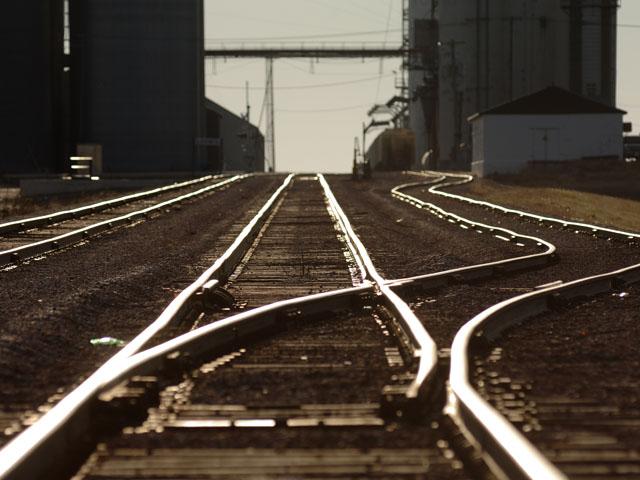