More farmers are forgoing the calendar to plant soybeans and corn as soon as weather and soil conditions allow in hopes that earlier planting will boost yield. But the practice isn't without risk.

There are also seed-selection considerations unique to each crop and tillage system.

DTN/Progressive Farmer is featuring a series of articles called Seed Selection Decisions that's intended to provide farmers with insights and information on everything from new seed releases to agronomic advice on production practices to boost performance across every field. Today's second story in the series looks at some seed selection tips for early planting.

Matt Essick, Pioneer agronomy manager for the Dakotas, Minnesota and Wisconsin, said picking the right seed and traits is vital to maximize the plant's potential, which is the driver of early planting.

"In my 20 years in the seed industry, I do see early planting as a trend that's here to stay," Essick said. "It seems like we only get so many days to plant when soil conditions are really good. I would hate to pass up a day waiting for a calendar date."

Decades ago, it was common practice to wait to plant corn and soybeans until soil temperatures were well above 50 degrees Fahrenheit to hasten and improve emergence. In much of the Corn Belt, that usually occurred in mid-May or later. (Ideal planting windows vary throughout the country).

A multistate study led by Shawn Conley, University of Wisconsin soybean specialist, indicates soybean yields decrease 0.2 to 0.5 bushels per acre (bpa) per day when seed is planted after April 25. Soybeans planted in mid-April tend to yield 5 to 10 bpa better than mid- to late-May plantings, Conley explained.

Essick said Pioneer early-corn-planting studies show yield responses between 0 to 17 bpa for mid- to late-April plantings versus early May.

"Farmers need to balance the (yield) advantage of planting early with the risks," said Emerson Nafziger, a University of Illinois crop-production professor emeritus. Frost damage and imbibitional chilling for corn are two examples. However, he said seed companies have geared breeding programs to offer more seed options to better handle early-season environments, which can include big temperature swings and heavy rains.

"You can't sell seed without expecting that people will plant early," Nafziger said.

LG Seeds rates soybeans for emergence and early vigor on a one to nine scale, with nine being the best. Prosser recommends farmers pick varieties on the high end of the scale if they plant early. That's even more important in early planted, no-till fields and cover-crop acres which tend to be colder earlier in the season than tilled fields, he said.

"You want soybeans to pop out fast," Prosser explained. "However, just because a variety emerges fast doesn't mean it grows fast. You want both."

"By pushing that maturity, you can gain yield," Kandel said. "In our case, I'm talking about going from a 0.5 to 0.7 maturity group. It depends on where you are at in the state or country, and farmers still have to be mindful of the first fall frost date."

3. Pythium is a concern for early-planted corn, Essick said. Seed treatments are critical to protect against that disease and others. No-till fields with more residue can potentially lead to more foliar diseases, too.

To see other stories in this Seed Selection Decisions series, see:

Six Tips for Working with Seed Dealers at https://www.dtnpf.com/… 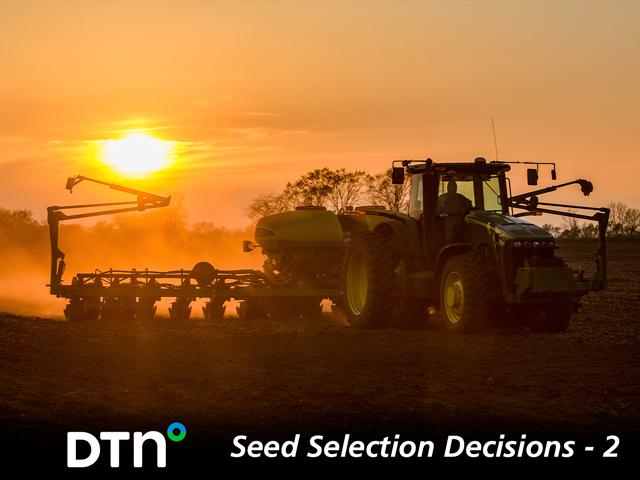