OMAHA (DTN) -- Fertilizer prices are varied, according to retail fertilizer prices tracked by DTN for the second week of September 2022. Five of the eight major fertilizers are lower in price compared to a month ago while the remaining three are higher.

No fertilizers were appreciably lower or higher. DTN designates a significant move as anything 5% or more.

U.S. farmers aren't the only ones feeling the impact of Russia's war on Ukraine in their fertilizer prices. Fertilizer prices have doubled or even tripled in Africa with some fertilizer products hard to find, according to Dow Jones. Farmers are turning to maggots, whose digestive system effectively turns food waste into organic fertilizer.

Most food produced in sub-Saharan Africa comes from smallholder farmers who utilize family labor. Some have warned for years about depending too much on synthetic fertilizer and see larvae farming as an exemplary effort toward sustainable organic farming.

Hundreds of farmers in Uganda near the capital of Kampala have embraced the farming of the short-lived but fertile insect. From just two participants in January 2021, the number now stands at more than 1,300 larvae farmers.

"I used to be afraid of maggots," said farmer Joseph Wagudoma. "When I would hear that someone is farming maggots, I would say, "How can someone rear maggots?"

The larvae farming program is a real solution to hunger, heavy dependence on imported fertilizer and climate change, according to Ruchi Tripathi of the London-based group VSO, which supports farming communities around the world.

"We can no longer continue producing by destroying our soils," Tripathi said. "How much can you exploit the soils and how long do you think it's going to continue?"

US farmers might see some benefit in natural gas availability with prices in Europe surging in response to halted flows through the Nord Stream pipe, according to Dow Jones. You can read it here: https://www.dtnpf.com/…. 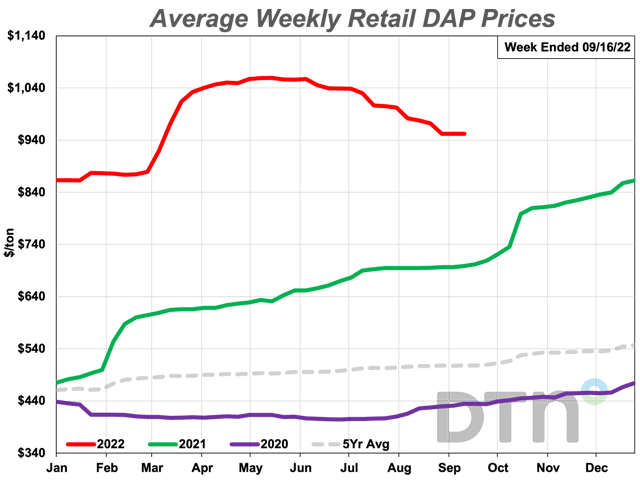